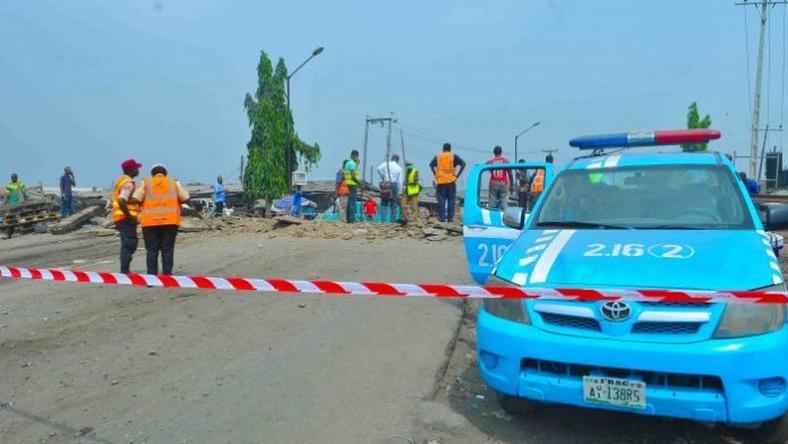 Akinbiyi said that the accident, which occurred at about 2:20 pm, was caused by a tyre burst while on high speed, resulting in the bus somersaulting.

He said that 16 people, made up of three male adults, eight female adults, and five male children, were involved in the accident.

Akinbiyi said that four people died on the spot and their corpses have been deposited at the FOS morgue.

“We learnt the commercial bus, loaded with 16 passengers, including the driver, was on transit from Lagos to Ibadan when the rear tyre burst due to speeding.

“Four passengers died on the spot, made up of a five-year-old boy, two male adults and one female adult,” he said.

He added that the injured were taken to Idera Hospital, Sagamu and Victory Hospital, Ogere Remo, while the deceased were deposited at FOS Mortuary, Ipara Remo.

While commiserating with the family of the deceased, he called on motorists to avoid excessive speeding.