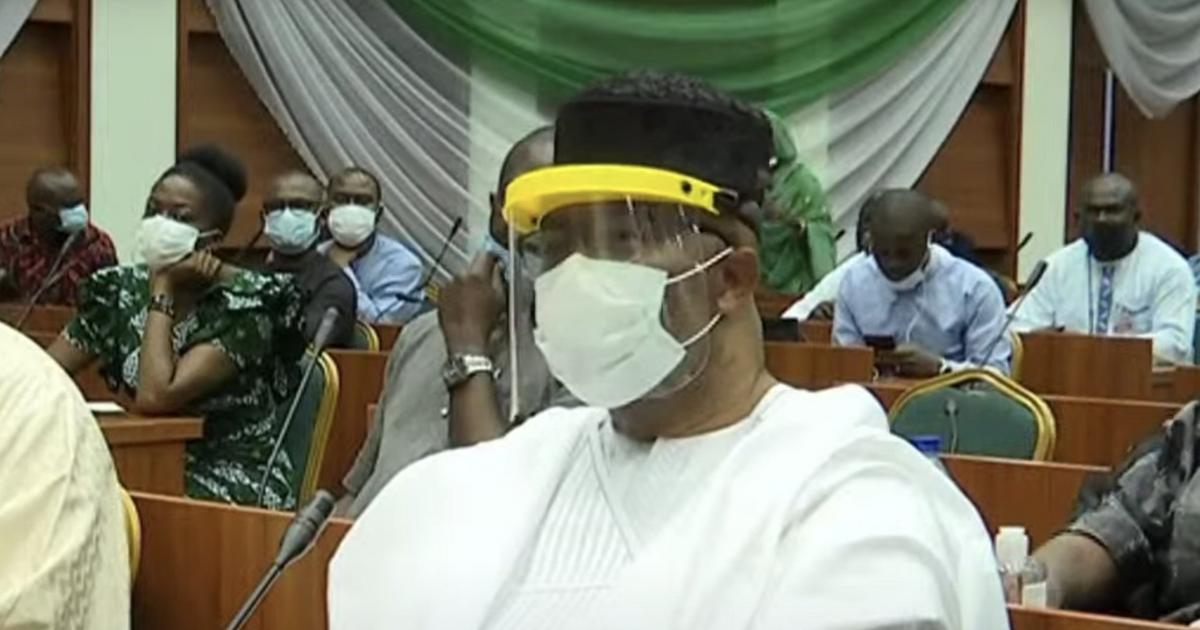 Akpabio had earlier visited the acting Clerk of the National Assembly (CNA), Mr Olatunde Ojo to congratulate him on his appointments.

Speaking to journalists earlier, Akpabio said that he was also at the National Assembly to further boost the cordial relation between the Executive and the Legislature.

“I am here to congratulate the acting CNA for his elevation and, of course, to solicit the continuous cooperation of the National Assembly toward the development of the Niger Delta region,’’ the minister said.

ALSO READ: Ibori: ‘Akpabio’s allegations against me are ridiculous’

He said that the National Assembly was supposed to resume today but “it had been postponed’’.

He said as soon as the lawmakers resumed, he would come to the National assembly “as part of my effort to support the President’s decision that there must be cordial relationship between the Executive and the Legislature’’.

“In fact, the president recently set up a tripartite committee made up of the party (APC), the National Assembly and the Executive to ensure oneness because we are running one government and it is important that we remember that in all we do, we want to leave a legacy for Nigeria.

“We cannot do that if all the arms of government are not cooperating.

“So far, I believe that whatever disagreement that could have occurred between my ministry and the National Assembly must have been as a result of mischief.

“And that mischief must be put to rest so that we can work in one accord for the sake of the nation,’’ he said.

The News Agency of Nigeria (NAN) recalls that the committee on NDDC had probed the activities of the commission and the involvement of the minister.

The committee’s report on the outcome of the investigation would be submitted to the house for further consideration and recommendations upon resumption.