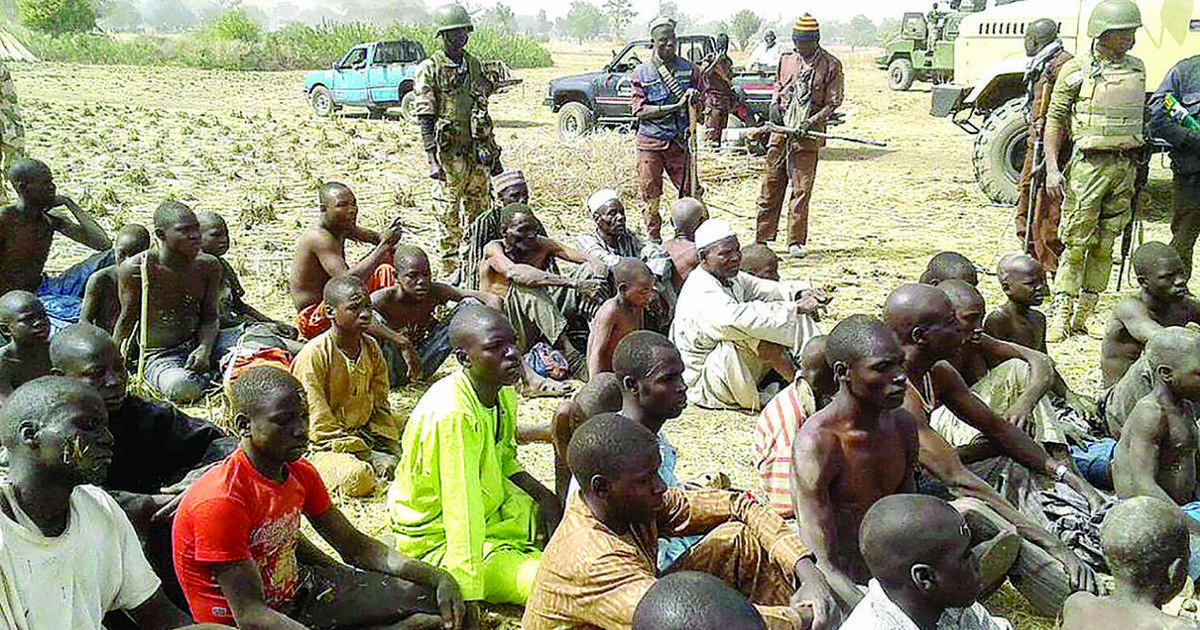 Ali said the terrorists’ family members were captured from Uttu community in Toto LGA of Nasarawa state during a recent joint military operation codenamed “Operation Nut Cracker” carried out by the Army, Nigeria Air Force, Nigeria Navy, the Nigeria Police Force as well as the Department of State Service.

He explained that the operation was conducted to clear out terrorists and bandits camps in Ugya, Panda and Uttu forests and contiguous hill in Nasarawa state, as well as Zagana, Makpa, Agbuchi and Barada in Koton Large LGA, Kogi state.

According to the commander, the operation as directed by the Chief of Army Staff, followed several complaints of killings, kidnapping for ransom, abduction for sex slavery and cattle rustling among others in the region.

He noted that the Boko Haram terrorists in the North Central region had established camps in Nasarawa and Kogi communities over the years, from where they unleash mayhem on victims along Okene-Lokoja, Lokoja-Abaji, and Toto-Umaisha roads, adding that they had made social and economic activities in the area almost non-existent.

Ali said that the feat was a product of seamless cooperation and professional execution based on detailed preparations.

“I therefore, present to you these captured 778 women and children, family members of Boko Haram terrorists that came from 17 states of the nation who have decided to terrorise this nation,” he said.

He added that the women were fully involved in the act of terrorism as they were responsible for indoctrinating new kidnap victims and also serve as bankers of the spoils of kidnapping and armed robbery acts of their husbands.

He said that items recovered from the destroyed terrorists camps include improvised explosive devices, ammunitions and materials for producing rockets.

According to him, intelligence had proven that the explosives were prepared to cause mayhem in the Federal Capital Territory (FCT).

Ali attributed the success of the operation to the Commander-in-Chief of Armed Forces President Muhammadu Buhari, the Service Chiefs as well as the people of the region.

“I must reiterate that, the people of North Central region have proven beyond doubt, that indeed even in the 21st century, terrorism can still be defeated when the people reject the terrorist.

“This brings to fire that, once the people reject the terrorist as done by the people of North Central region, the terrorists’ will have nowhere to hibernate. This is a food for thought to our people in the North Eastern and North Western part of our dear country” he said.

Gov. Abdullahi Sule of Nasarawa and his Niger state counterpart, Abubakar Bello were represented by their deputies, Dr Emmanuel Akabe and Ahmed Ketso, while. Gov. Yahaya Bello of Kogi was represented by his Senior Special Adviser (SSA) on security, Doru Jerry.

Governor Sule in his remarks, lauded the security agencies for the feat.

He advised the fleeing terrorists to take advantage of the widow of opportunity provided by the military to surrender themselves in order to be reintegrated into the society for the sake of peace in the state and the country at large.

Similarly, Gov. Bello of Niger assured that the women and children of the dislodged terrorists would rehabilitated.

Gov. Yahaya Bello of Kogi, on his part, urged security agencies to sustain the tempo of the onslaught against the terrorists in the area.