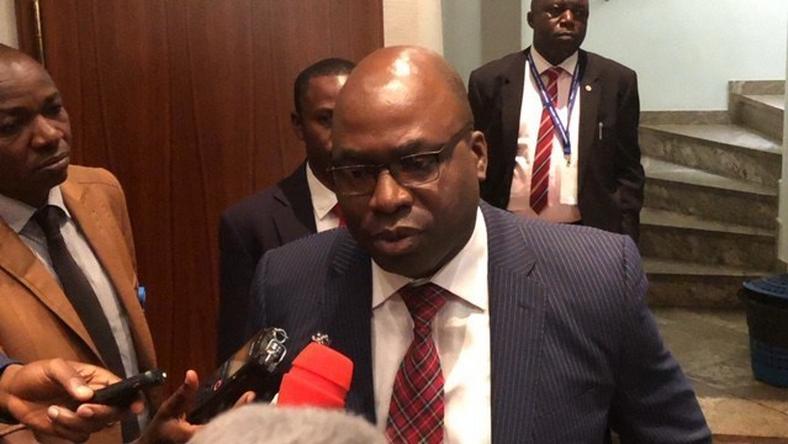 Owasanoye said that the money was moved under suspicious circumstances below the threshold that would put it within the purview of the Accountant-General of the Federation.

He said that the ministry moved the money into an offline account in the Central Bank of Nigeria (CBN) where utilisation would be outside the monitoring purview of GIFMIS.

The News Agency of Nigeria (NAN) reports that the theme of the summit, Organised by the Office of the Secretary to the Government of the Federation in collaboration with ICPC to mark Nigeria’s Diamond Jubilee and ICPC’s 20th anniversary, was “Together Against Corruption’’.

According to Owasanoye, some of the recovered fund was paid into personal accounts, while others were used for non-official purposes.

“While investigation was ongoing albeit delayed due to COVID-19, the bulk of the money restrained in CBN was released in the peak of the pandemic when the ministry appealed to the commission that it needed to make palliatives to Nigerians upon Presidential directives.

“The commission is tracking the prescribed use of the funds up till now,’’ he said

Owasanoye added that the commission discovered that payments were made to agriculture contractors for no job done or over payment for jobs done.

He said some were appropriated to projects owned by private farms of senior civil servant of the ministry.

“One individual from the ministry now deceased, appropriated over N2.5b to himself and cronies.”

Owasanye said the ICPC was established to investigate and where necessary prosecute corruption related offences and prevent corruption, adding that in its 20 years of existence, had treated over 20, 000 petitions.

Of the 20,000 petitions, Owasanoye said that the commission found 5,000 worthy of investigation and prosecuted about 1,000 of such cases.

He added that ICPC also within the period conducted 582 reviews comprising personnel and capital budget utilisation of Ministries, Departments and Agencies (MDAs).

In his address, Secretary to the Government of the Federation, Mr Boss Mustapha, said that the ICPC had come of age and growing in leaps and bounds.

He said that fighting corruption was a core priority of President Muhammadu Buhari’s administration, noting that corruption posed an essential threat to Nigeria.

“Mr President has at home and abroad canvasses the imperative to put in place policies and measures to reduce corruption.

“Over the years, corruption has hindered government from attaining critical objectives and national development plans.

“The surest way that we as a nation can realise the Sustainable Development Goals (SDGs), our core national objectives is to significantly reduce corruption.

“Mr President has firmly underscored the need for effective action against corruption by this administration by the introduction of policies and measures to reduce corruption particularly in the public sector of our country,’’ he said.

Mustapha said that the significance of tackling corruption in public service was anchored on the fact that they remained the main vehicle for formulating and implementing government programmes and policies.

This, according to him, implies that public servants drive all the necessary processes for good governance.

“In this wise, if the public service is marred in corrupt practices, it provides an unfettered opportunity for the private sector and other Nigerians to engage in such practices.

“However, if the public service abide by the required rules and regulations for conducting businesses, such opportunities are reduced if not eliminated and they will form the bulk work in dealing with corrupt practices,” Mustapha said.

Highlights of the event was the presentation of the 2020 Public Service Integrity and Award to CSP Francis Erhabor, who is the Divisional Police Officer D Division, Itam Akwa-Ibom.

News Agency of Nigeria (NAN) reports that winner of Music and Essay Competition conducted by ICPC was Mr Adeboye Opeyemi.