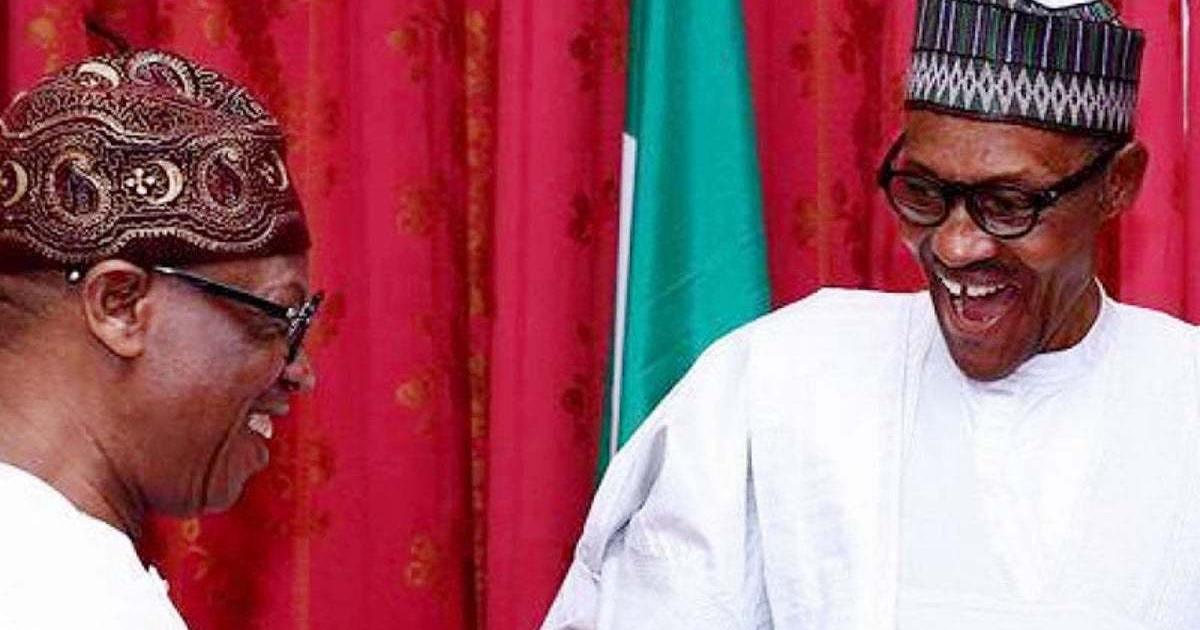 The News Agency of Nigeria (NAN) reports that the project, which is 97 per cent completed, is scheduled for inauguration in October.

NAN also reports that the refinery was jointly inspected by Gov. Hope Uzodinma and the Minister of State for Education, Chukwuemeka Nwajiuba, an indigene of the state.

Addressing newsmen after inspection of the facilities at the project site, Mohammed said that the Buhari administration is genuinely encouraging reintegration in the oil and gas sector to make their end products cheaply available locally, create employment and end crude oil exportation. 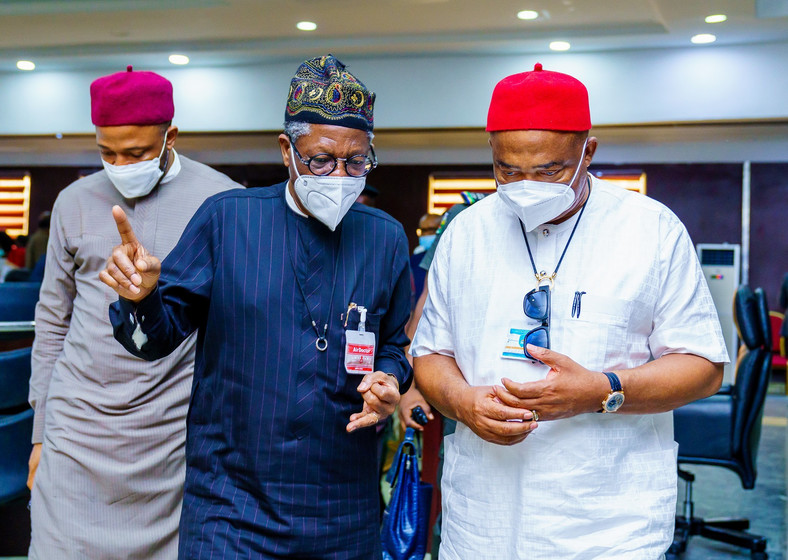 He said the first phase of the project to be commissioned would contribute about 271 million litres of refined products, including Diesel, Naphtha, HFO and Kerosene, annually to the domestic market and create both direct and indirect jobs.

The second phase, according to him, will deliver 25,000 bpd crude and condensate refinery, an upgrade on the 5,000bpd modular refinery and designed to produce gasoline, diesel, LPG, kerosene and aviation fuel.

ALSO READ: Federal government says the price of petrol will not reduce significantly even when Dangote refinery takes off

“We can show Nigerians that while every previous administration has been talking about modular refinery, no government has succeeded in realising the dream of bringing it alive.

“I am sure that before many of us came here we did not know what a modular refinery looks like.

“But for this tour, we will not have appreciated the sheer magnitude of investments in this particular project.

“Having listened and followed the presentations, I am extremely proud to be a Nigerian, especially when the chairman told us that from the board to the cleaner of this company, there is no single non-Nigerian.

“What we have here today in Waltersmith is a good example of reintegration of our resources.

“No longer are we going to have resources and be exporting them without making use of the resources by the process of adding value to it,” the minister said.

The minister disclosed that the refinery, which had its groundbreaking ceremony in 2018, is a joint venture between Waltersmith Petrochemical Ltd and the Nigerian Content Development and Monitoring Board (NCDMB).

While Waltersmith, a leading independent Nigerian energy company, has 70 per cent equity in the business, NCDMB, a Federal Government parastatal agency, has 30 per cent stake in the venture. 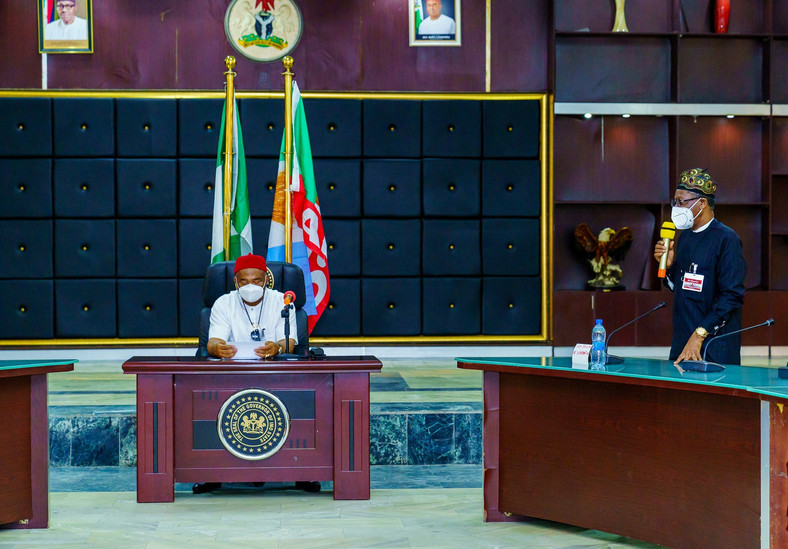 Mohammed noted that with more of the kind of Watersmith’s modular refinery, fuel subsidy would be completely eradicated as the country would be able to get its products locally at a cheaper price.

He added that besides the fact that production would be more than local consumption, the medium scale industry in the downstream sector of the petroleum industry would grow.

The minister recalled the history of the Waltersmith modular refinery as recounted by the chairman of the company.

“When they first acquired this place, they were producing crude and they found out that they were losing so much either to pipeline theft or the sheer cost of transportation.

“They, therefore, decided to look inwards to produce the crude, refine it and at the same time create jobs for Nigerians.

‘If you come here in about two months time, you will have over 200 trucks loading different products a day.

“You can imagine the multiplier effects of that to the host communities and the country at large.

“I believe that this is the way to go because all we need is about 100 of Waltersmith in Nigeria and we will have no business importing any crude,” he said.

The minister said the inspection of the refinery with a team of journalists was in line with the presidential directive at a recent ministerial retreat that the government was embarking on a lot of initiatives and ministers must showcase them.

“The trumpet we are blowing is that we are creating the enabling environment for business to grow.

“Not only that, we are contributing 30 per cent of investment to this project, we are also helping the company to ensure that all necessary regulations and permits are followed and obtained,” he said.

Mohammed commended the governor, the state and the host communities for the excellent relationship with the contractor.

“Without peace and stability there will be no Waltersmith.

“There are many projects like this that have refused to grow because of the hostility and lack of cooperation of their host communities,” he said. 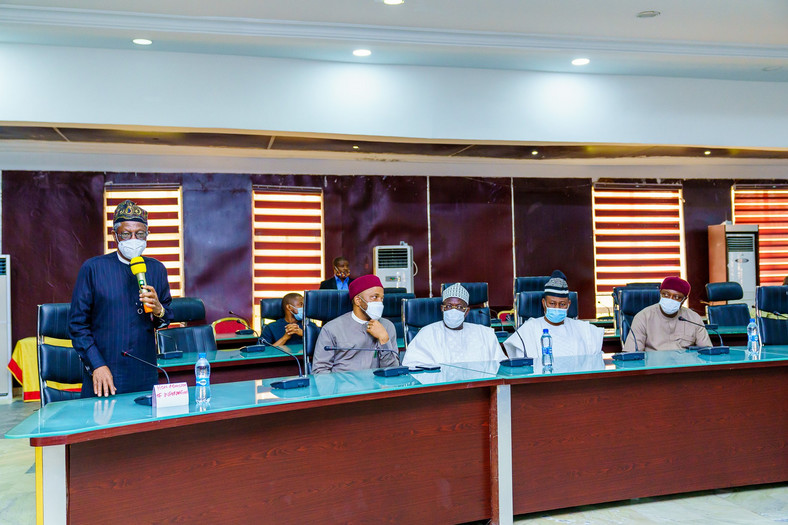 He equally commended Waltersmith for its resilience and ingenuity in turning the area to a business hub within few years, building a 15-kilometre road and a trailer park as well as improving the economy of the host communities.

Speaking in the same vein, the governor commended the company for making local content a success story by investing in the downstream sector which many foreign oil companies had shunned.

‘Waltersmith is moving from the upstream to the downstream, meaning that crude oil which they used to export will now be a raw material for them to produce locally.

“The various products that will come from this place will, at the end of the day, put in place a value chain that will not only stimulate the economy to grow but will also empower Nigerians,” he said.

He challenged the company to take cue from some big indigenous business ventures and consider dualising some Federal Government roads in the state in return for tax rebate.

The General Manager of the company, Abdul Ishaya, said with favourable environment and government support, indigenous companies have the capability to turn the oil and gas sector around.

He said the modular refinery remained the first of its kind in the country in spite of the existence of the 1000 bpd Niger Delta Petroleum Resources Ltd. mini refinery for the extraction of diesel from crude oil in the Ogbele field in Rivers.