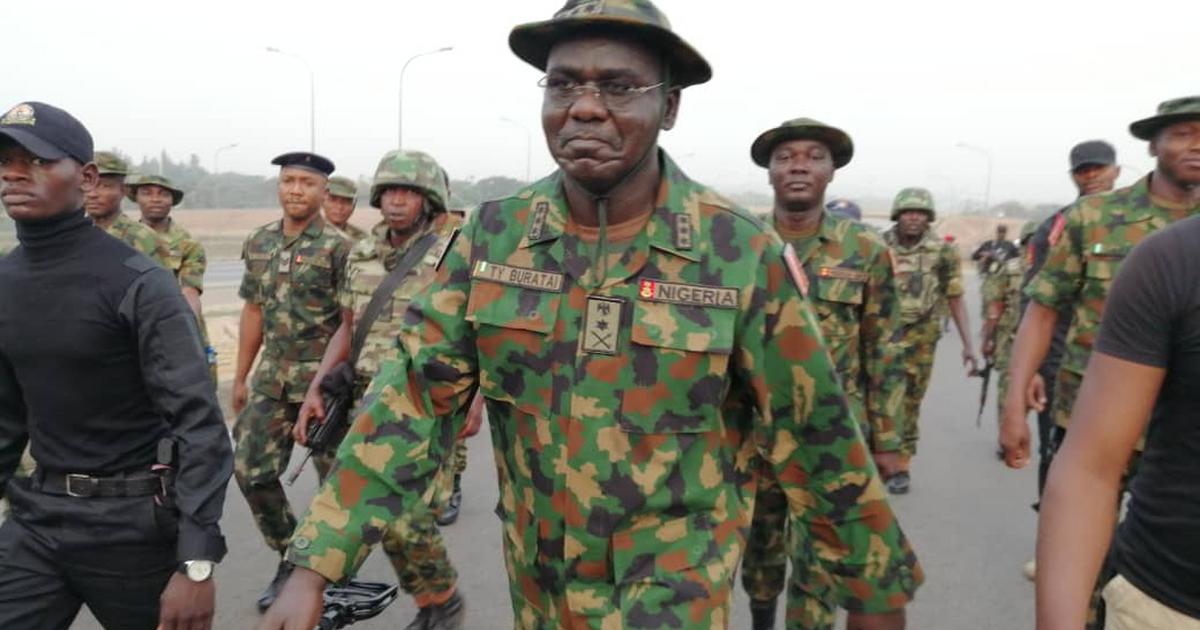 Buratai gave the commendation in a statement by the Acting Director, Army Public Relations, Col. Sagir Musa, on Monday.

The troops of the Nigerian Army 4 Special Forces Command, Doma, Nasarawa State, recently raided the identified camps of the terrorist group, neutralised scores and rescued over 700 of their family members and abductees.

Buratai also lauded the hard work and resilience of the troops, as well as the supports of the Nigerian Navy, Air Force and other security agencies that led to the destruction of the terrorists’ camps and hideouts in the two states.

He further urged the troops to ensure that criminals and insurgents were not allowed to have any foothold in the whole of the North Central Zone.

The Army Chief also urged them to continue to dominate the area and maintain high standard of professionalism and never allow the terrorists any breathing space or freedom of action.

He assured them of his continuous support to enable them to continue to discharge their duties as directed by President Muhammadu Buhari.