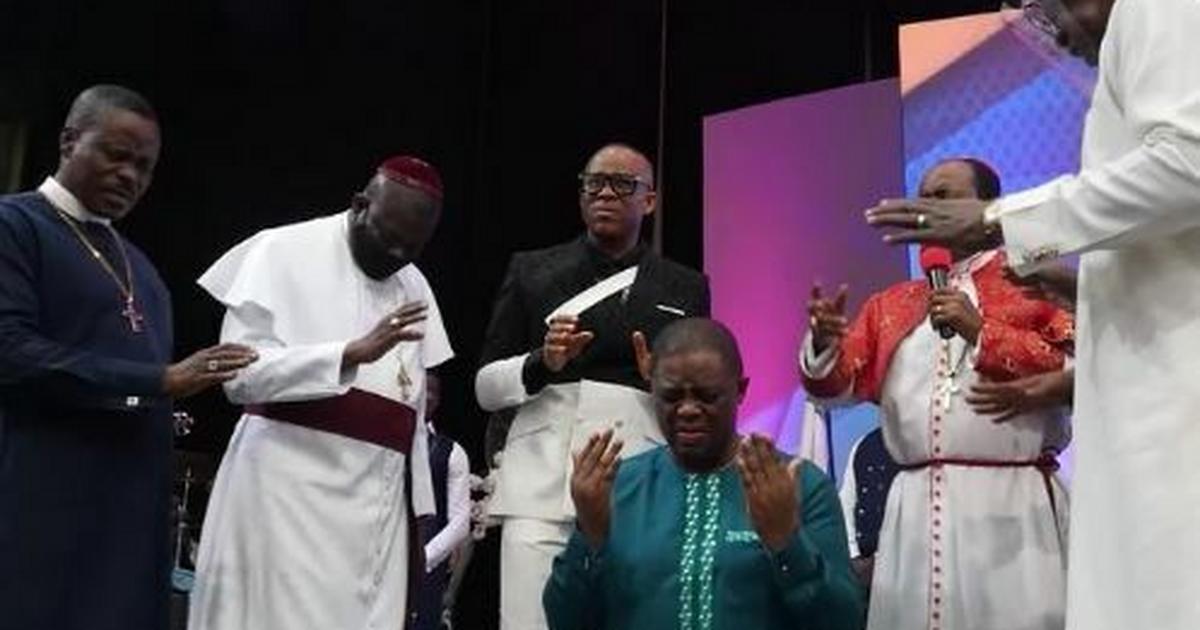 Bamgbola said this while praying for the former minister during the celebration of the 31st anniversary of Isaac Idahosa, the General Overseer of God First Ministry, in the church.

In a video published by Legit, the cleric while praying for the politician said: “If you do not compromise yourself, God said I should tell you, you will one day rule this nation.”

However, speaking after the church service, Fani-Kayode criticised President Muhammadu Buhari over the Companies and Allied Matters Act (CAMA) signed into law on August 7, 2020.

ALSO READ: Letter to Femi Fani-Kayode, the Nigerian politician with a fuse.

The law, which has been described by the National President of the Christian Association of Nigeria (CAN) as anti-christian stipulates that that religious bodies and charity organisations will be regulated by the registrar-general of the Corporate Affairs Commission (CAC) and a minister.

Describing the law and those that proposed it as evil, Fani-Kayode urge Christians to reject the law.

He said, “My position is simple. You cannot regulate the affairs of the church. The church of years has stood for many years; hundreds of thousands of years ever since it was established.

“And great powers have come and gone that tried to destroy it; it’s never worked and it can never work. And any law that seeks to regulate the affairs of churches is absolutely evil and I consider that section of that act to be evil.

“And those that proposed it are evil and it’s unacceptable. And we will not take it, and it will never stand in Jesus’ name, that’s my position.

Recall that the former minister was recently in the news after he verbally assaulted Eyo Charles, a Daily Trust journalist, who asked him a question during a press conference in Calabar.

However, after apologising to the journalist, Fani-Kayode threatened to sue the newspaper for describing him as a drug addict in its editorial.