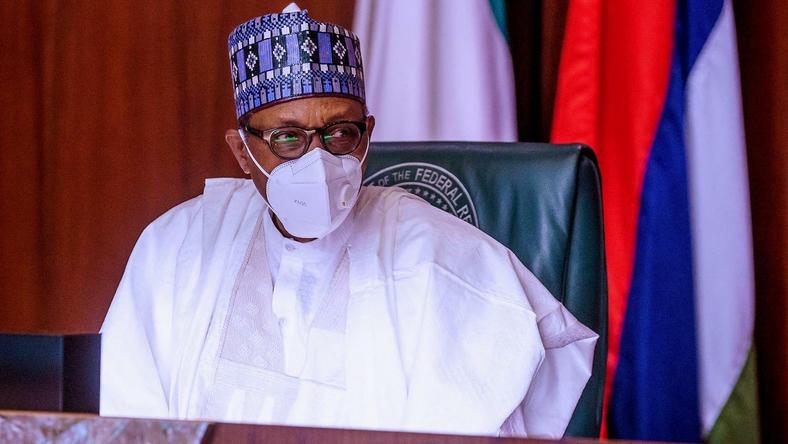 The summit has the theme: “Together Against Corruption’’.

According to him, the National Ethics and Integrity Policy projects government’s aspiration for rediscovery of cherished traditional ethical values of honesty, integrity, hard-work, truth, justice, unity, faith and consideration for one another, irrespective of status or background.

He reiterated his earlier call on the judiciary to undertake reforms that would fastrack delivery of justice for the common good, adding that the nation needed a corruption-free public sector to achieve meaningful transformation.

He said: “We need a judicial system that dispenses justice without undue delay and technicality.

“We need laws and legal system to be reformed to deliver justice to every citizen without regard to status. We also need ethical re-orientation of the people to achieve this goal.

“When we work together against corruption we can defeat it.’’

The president commended the Office of the Secretary to the Government of the Federation and the ICPC for the summit, and particularly for offering the opportunity for the three arms of government to play their roles in meeting the aspiration of Nigerians to have a corruption-free society.

He expressed delight over the recognition and participation of young Nigerians and non-state actors, especially the media and civil society, at the ICPC event, saying that nobody must be left behind and all hands must be on deck in the fight against corruption.

He also reiterated the role of preventive measures and public education and enlightenment against corruption.

According to him, the federal government, through the Open Treasury initiative, TSA, GIFMIS, BVN and many more, is implementing different corruption prevention measures to track and retain government revenue for the use of the people.

He commended the ICPC for its enforcement and prevention measures, including system review of capital and personnel budget, regular analysis of the open treasury platform, enforcement action against diversion and mismanagement of public funds.

He also lauded the commission for working with FIRS to increase the number of companies and persons within the tax net, tracking of constituency project budget utilisation for the benefit of ordinary Nigerians, and its monitoring of implementation of budget by the Executive in key sectors like Agriculture sector.

“The ICPC System Studies and Review, Ethics and Integrity Compliance Scorecard of MDAs are excellent preventive measures for detection of early warning signs of vulnerability of MDAs to corruption and a way of assisting government take note of MDAs that are prone to corruption and deserve closer scrutiny of government and law enforcement agencies,” he said.

The president, who inaugurated the National Ethics and Integrity Policy, book titled: “ICPC AND THE WAR AGAINST CORRUPTION IN NIGERIA: REFLECTIONS FOR A NEW VISION”, and six other publications, commanded the ICPC for documenting its work, achievements and recommendations to government.

Buhari also recognised and commended the winners of the ICPC Youth anti-corruption Music and Essay competitions.

“I am also happy to recognise winners of ICPC Youth Music and Essay Competitions on promotion of anti-corruption values.

“The music and essay competitions organised by ICPC show the true character and grit of Nigerian youths.

“I urge them to seize the moment and also stand together with one voice against corruption.”

He also lauded the 2020 Public Service Integrity Awardees – CSP Francis Erhabor of the Nigeria Police and Hamza Adamu Buwai of the Federal Ministry of Industry, Trade & Investment, who demonstrated the will to look away from graft and corruption.

“I congratulate all the awardees. Even though COVID-19 has not permitted the kind of ceremony that you deserve, Nigeria is proud of you. You are a pride to your families, institutions and to Nigeria.

“These public service awards remind us of the need for value re-orientation and revival of ethics and integrity in national life.

“I am happy that the ICPC, in collaboration with the Office of the Secretary to Government of the Federation and National Orientation Agency, worked together to prepare and present the National Ethics and Integrity Policy to the Federal Executive Council as part of the commemorative activities for Nigeria at 60.

“The Federal Executive Council adopted this policy on Aug. 19, 2020.

“I commend the Office of the Secretary to the Government of the Federation, ICPC and NOA for bringing to fruition this important priority objective of this administration.’’

The president maintained that all citizens must join hands together to fight corruption and return the nation to traditional values of honesty and integrity.

“Furthermore, I introduced the War Against Indiscipline (WAI), one of whose cardinal objectives was promotion of our cherished culture of ethical conduct, integrity and hard work.

“I recognised in 1984, as I do even more now, that corruption poses a clear danger to Nigeria, so, we cannot relent in efforts to eradicate it from our society. As I have often reminded Nigerians, `If we do not kill corruption, corruption will kill Nigeria.’

“In my inaugural Speech in 2015, I affirmed the determination of this administration to rebuild and reform the public service to become more effective and serviceable.

“I charged public servants to apply themselves with integrity to stabilize the system and solicited the cooperation of the Legislative arm to maintain their brief of making laws and carrying out oversight functions.’’

In his remarks, President of the Senate, Ahmed Lawan, stressed the need for stronger collaboration in fighting corruption.

He said: “The emphasis is to ensure that all hands are on deck. First of all, without the Legislature there wouldn’t have been the ICPC.

“In the fourth session of the National Assembly, the ICPC bill was passed, which was assented to by the then President, that is to tell you the level of the need and imperative for togetherness in the fight against corruption.

“When you have a judiciary that works to ensure that cases of corruption are treated with dispatch, you will agree with me that that will help in the fight against corruption.

“But if there’s always some hurry in the treatment of such cases, that will expedite action by the Judiciary to give support to the fight against corruption.”

The Chief Justice of the Federation, Justice Mohammed Tanko, reiterated the readiness of the judiciary to contribute its own quota in the fight against corruption.

According to him, the judiciary is ever poised to deploy every relevant legal tool at its disposal to whittle down the strength of corruption in the country.

“No nation can survive with corruption at the centre of her conscience,” he pointed out.