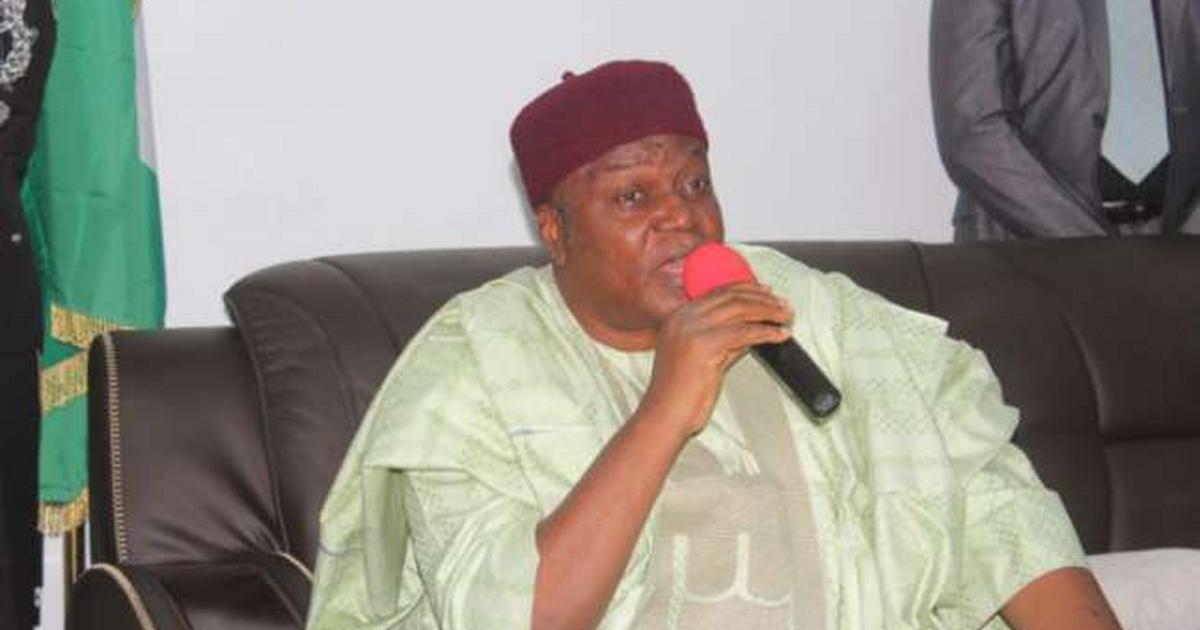 Justice Ahmed Mohammed gave the order when ruling on a fundamental rights enforcement suit brought by a group of plaintiffs from the state.

The News Agency of Nigeria (NAN) reports that the plaintiffs comprised an organisation of Tiv Tribesmen, Mdzough U Tiv; its President-General, Ihigagh Iorbee, who is a retired Commissioner of Police; David Uchiv; Jacob Gbagede; Julius Kwaghkar and Dr Yakubu Agbiye.

The respondents joined in the suit and summoned by the court included Governor Ishaku, the Taraba Government and the Attorney-General and Commissioner of Justice of the state.

The probe panel (4th respondent) and the 5th to the 12th respondents, comprising the Chairman of the commission of inquiry, Justice Kumai Aka’ahs, who is a retired Justice of the Supreme Court and the seven other members, were also invited.

Justice Mohammed directed the entire 19 respondents to appear in court on Aug. 26 to show cause why the Commission of Inquiry set up by the governor should not be stopped from sitting as prayed by the plaintiffs.

The plaintiffs, through their counsel, Chief Sebastine Hon, SAN, had filed the suit marked: FHC/ABJ/CS/955/2020 on Aug. 14, alleging that the panel was set up by the state governor in bias against the people of Tiv in the state.

They argued that the composition of the Commission of Inquiry sued as the 4th to the 12th respondents “is likely to breach the fundamental right to fair hearing of the applicants.”

The plaintiffs accused Governor Ishaku of “showing open hatred for the Tiv Tribe in Taraba, which amongst other things, includes his using his office and strength of the 2nd respondent (Taraba Government) in collaboration with the 13th to the 19th respondents (the service chiefs and heads of other security agencies), to forcefully/genocidally evict Tiv tribesmen from Taraba State.”

They added that the chiefs of the security outfits sued in the case “are, till date, aiding and abetting the 1st respondent (the governor) in the genocidal eviction of Tiv tribesmen from Taraba State.”

The plaintiffs also contended that although the Tiv people in Taraba, had been having “long-standing dispute” with Jukun tribe resulting in loss of lives and property” the terms of reference of the panel or the instrument setting it up did not mention any other tribe or community in the dispute.

This, the plaintiffs contended, had “profiled, discriminated” against them and “accentuated “ the Tiv tribe “for adversity.”

The plaintiffs’ lawyer urged the court to grant an order of “interim injunction restraining the 4th to the 12th respondents (chairman and members of the Commission of Inquiry) from sitting to conduct proceedings.”

They also sought an order of interim injunction restraining the 13th – 19th respondents (the service chiefs, the I-G, the C-G of NSCDC from continuing to aid and abet the forceful removal of the applicants and the applicants’ Tiv tribesmen from their ancestral homes and other places of residence in Taraba.

Delivering ruling, the judge held that he preferred to summon the defendants to appear in court to show cause why the plaintiffs’ requests for interim injunction should not be granted.

“I hereby make an order directing all the respondents to appear on Aug 26, 2020 to show cause on why the prayers being sought by the plaintiffs’ should not be granted,” he ruled.

Justice Mohammed also directed the plaintiffs to serve their motion ex parte, their motion on notice and other processes filed in the case on all the 19 respondents.

He also directed that hearing notice for the Aug. 26 proceedings be issued and served on the respondents.