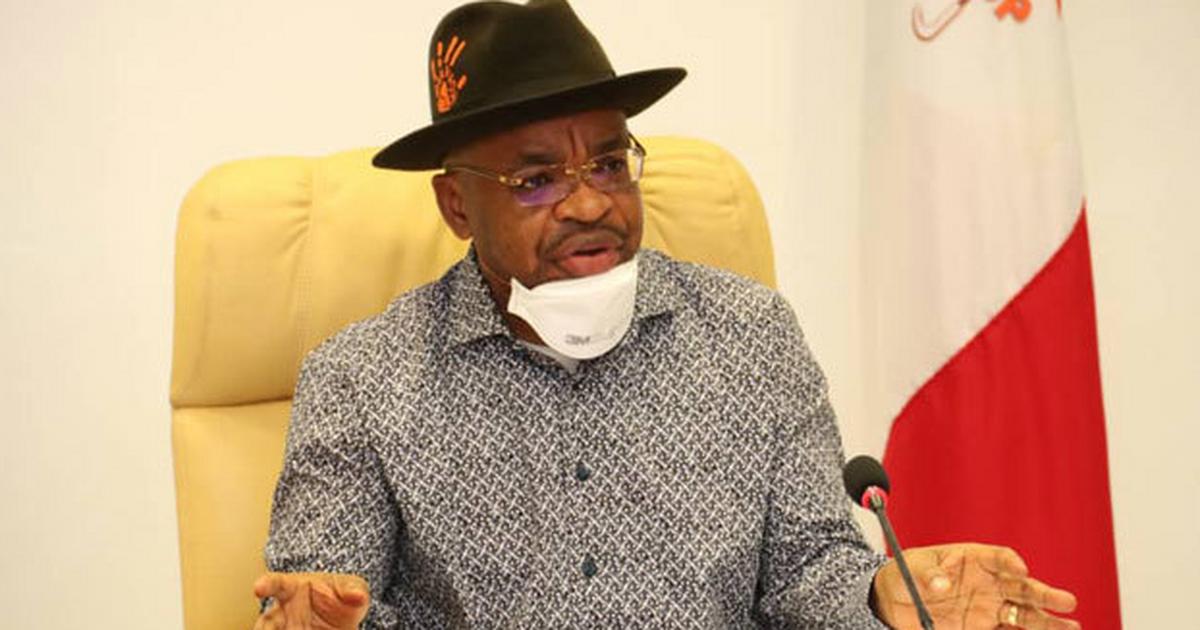 The News Agency of Nigeria (NAN), reports that the inauguration was to mark the 33rd Anniversary of the state.

He expressed sadness over the death, in 2019, of the founder of the construction firm who was the lead engineer of the project.

According to him, the person who took over from the deceased also died three months ago.

“The death of these construction workers affected the urban remodeling in Eket, but the management of the firm has assured me that the project will be completed to specification.

“It will be unfair to revoke that contract at this point, but the management of the firm has assured me that the job will be completed to specification,” the governor said.

He assured Eket people that all ongoing projects in the area would be completed and inaugurated by the end of his administration.

“Eket is the headquarters of the senatorial district, we will give the area a facelift,” he declared.

Also inaugurated were Ibok and Akpaisang streets in Eket.

“I will not leave office without completing all the projects I started in Eket.

“There were over 28 roads ready for inauguration, but we chose to use the roads in Eket to symbolically represent other roads,” Emmanuel said.

At the remodeled and re-equipped Immanuel General Hospital, Eket, the governor assured the people that six more containers of modern medical equipment were still expected from the high sea.

Emmanuel said that the hospital was now digitised to cater for healthcare challenges in line with the current times.

He said that he was equipping the hospital with the most modern intensive care unit facilities.

The governor added that he would extend same to Ikot Abasi and Ikot Ekpene Hospitals, where remodeling was currently ongoing.

He said that the projects were for the benefit of all, urging the people to be vigilante in securing them.

He explained that the ultra modern market project and the stadium complex in Eket would have been completed and put to use but for the pandemic which made it impossible for the expatriates handling the respective projects to return from their countries.

Essien recalled that campaigning for support in Osiok and its neighbouring communities was usually difficult because of the inaccessible roads.

He added that the new network of roads meant the governor had opened a new development area in Eket.

Essien, a former Minister of Lands and Housing, said his people were impressed with the numerous roads projects embarked upon by the governor in the area and prayed for strength to enable their completion.

“By the time you complete all those projects, Eket would not be the same again,” Essien said.

Earlier, Prof. Eno Ibanga, the Commissioner for Works and Fire Service, had explained that the roads were complete with side drains on either sides and durable asphalt.

Ibanga promised to supervise projects in line with the drive of the governor.

Also speaking, Prof. Augustine Umoh, the Commissioner for Health, commended the governor for the quality of work carried out in the hospital.

“Previous administrations have tried to intervene in the rehabilitation and renovation of the hospital, but none has taken it to the level and scope undertaken by the present administration.

“The hospital has witnessed a holistic remodeling, reconstruction and re-equipping in line with current medical best practices,” he said.