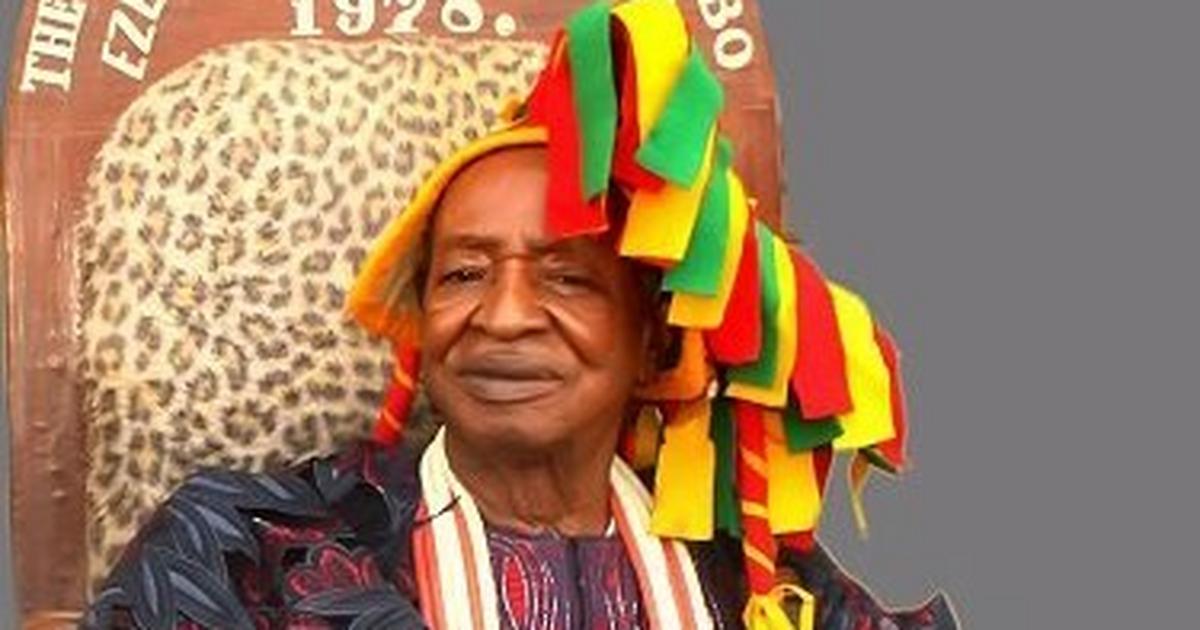 Chibueze-Agbo, until his death, was the traditional ruler of Izhia autonomous community in Ohaukwu Local Government Area of Ebonyi and a first-class monarch.

The death was announced by Mr Chinedu Chibueze-Agbo, first son of the deceased, on behalf of the family and the Izhia Council of Chiefs at the palace in Izhia on Tuesday.

According to him, the traditional ruler passed on peacefully in the early hours of Tuesday.

Chibueze-Agbo, who died at the age of 81, ascended the throne in 1978 and reigned for 42 years as the ‘Agaba Idu II of Izhia Kingdom.

The family said that the burial of the late monarch would hold on Sept. 28, which is his birthday.

“I stand before you today to announce the death of my father and the traditional ruler of our great Kingdom, Izhia community, which sad event took place in the early hours of today, Sept 1, 2020.

“He was crowned in 1978 and he guided his people through the path of peace, unity and prosperity in his 42 years reign.

“He lived for 81 years serving God and humanity before heeding the glorious home call and may his soul rest in peace,” Chibueze-Agbo said.

Meanwhile, the Ebonyi SDP governorship candidate in 2019, described the death of his father as ‘shocking’ and a great loss, not only to the community but Ebonyi in general.

He described the late monarch as an ‘enigma’ and a man with exceptional wisdom, leadership talent and great knowledge who led his people well.

“We are celebrating the legacies he has left behind; our dad, the traditional ruler of Izhia community, lives on; he was an enigma, a colossus, who has gone to be with his creator.

“We are not mourning like people without hope because our father lived for God and humanity.

“Three years ago before his death, he called us and directed us on how to go about things to live peacefully; today, he has gone to join his ancestors,” Ndubuisi Chibueze-Agbo said.

He thanked the people of Izhia for the support given to his father during his reign.

Chief Emmanuel Aka, the traditional Prime Minister of Izhia, in a speech to announce the death of the leader, described the death of ‘Agaba Idu II’ as a great loss to the community and Ebonyi people.

The News Agency of Nigeria (NAN) reports that a condolence register has been opened at the palace for sympathisers to register their condolences.