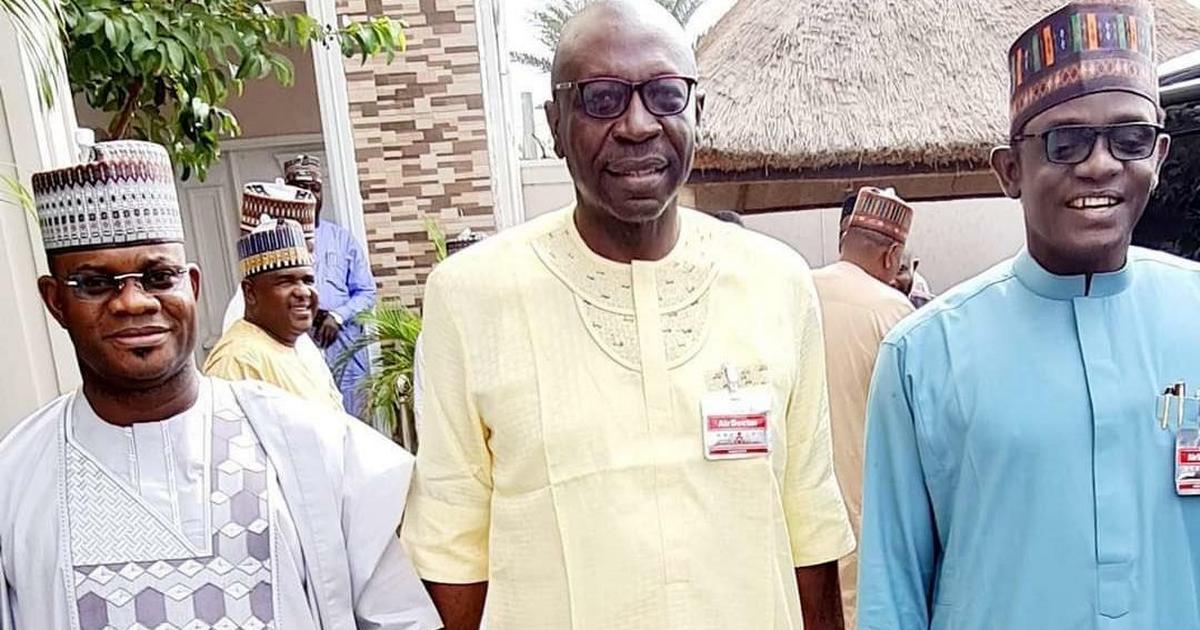 The News Agency of Nigeria (NAN), reports that the meeting was the first outing of the APC candidate after the Sept. 19, Edo governorship election.

NAN gathered that the party leadership was persuading Ize-Iyamu to accept in good faith the outcome of the election which the APC lost to Gov. Godwin Obaseki of the Peoples Democratic Party (PDP).

ALSO READ: ‘You clothed and fed me when APC pushed me out’, Obaseki thanks Wike

A source, who preferred to remain anonymous, said the discussion at the meeting centred on the way forward with Ize-Iyamu after the Edo election.

The APC leadership in a recent statement captioned: ‘Edo State Governorship Election: Victory for Democracy’, had congratulated Obaseki, the deputy and the PDP for winning the election.

The APC in the statement signed by Gov. Buni, noted the conduct of the election and its outcome, saying it represented a victory for the country’s democracy

“The Sept. 19, 2020 Edo State Governorship election is over, the winner has been declared by the Independent National Electoral Commission (INEC), in the person of the Mr Godwin Obaseki, candidate of the PDP.

“We hereby congratulate the winner of the election, the people of Edo State and Nigerians.

“The peaceful conduct of the election and its outcome represent victory for Nigeria’s democracy,” the APC had said.

The party said it joined President Muhammadu Buhari, who had earlier congratulated Obaseki for winning the election, to affirm its commitment to free and fair elections.

This, it said, was critical to strengthening the foundation for our political and moral authority.

The party also appreciated the efforts of the immediate past national chairman of the APC, Mr Adams Oshiomhole, and other members for demonstrating unwavering support for the party and its candidate in the election.