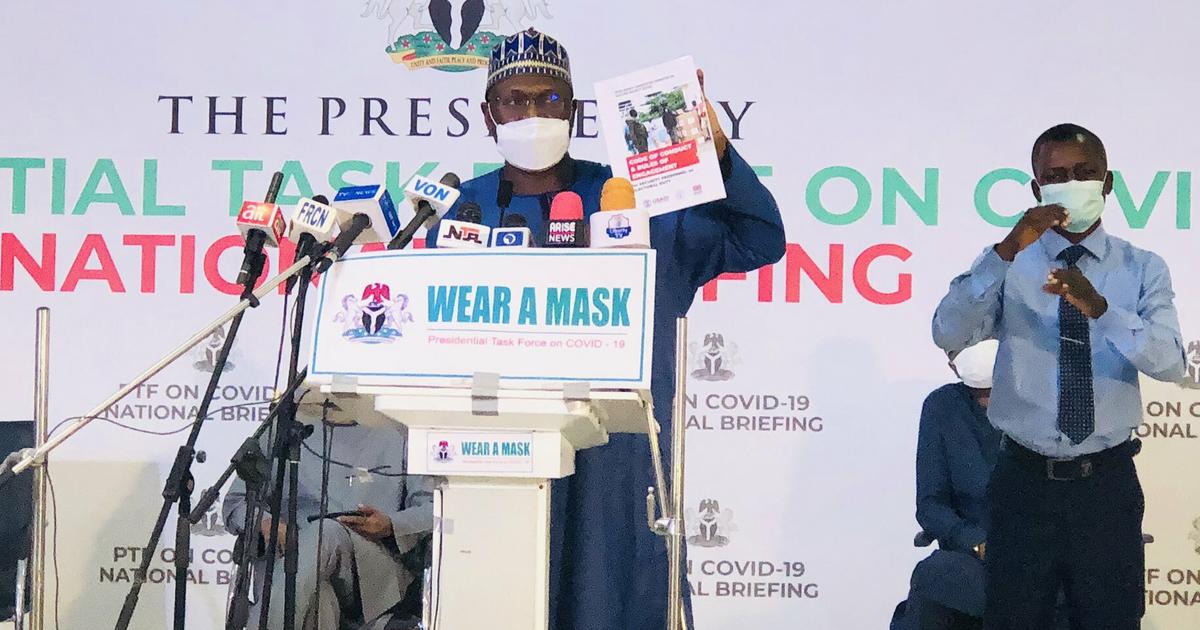 He said, while speaking on INEC preparations for the two states’ governorship elections that the thermometers were donated by PTF.

Yakubu said that the infrared thermometers would be used at the 3,000 voting areas in Edo state elections on Sept. 19, adding that 17,000 ad hoc staff would be engaged in the election.

According to him, the same thermometers will be deployed for the Ondo elections.

“The PTF has recommended the deployment of infrared thermometers to be used on Election Day but as a result of budgetary constraints, INEC doesn’t have all the resources.

“The commission only made provision for the deployment of thermometers at collation centers, which are fewer than the numerous polling units.

”We have almost 3,000 voting locations in Edo state.

“We simply don’t have the resources to buy the handheld thermometers and deploy them at polling units.

“Happily, PTF has supplied, initially 100 units of the thermometers which we deployed to Nasarawa.

”I am also glad to say that they have made available 3,000 thermometers to be deployed to the polling units in Edo State.

“I want to assure the PTF of the prudent use of these thermometers in Edo and we’ll move the same thermometers to Ondo for the governorship election on the Oct. 10,” he said.

Yakubu said that INEC had developed a policy on COVID-19 protocols to guide voters and electoral officials during elections.

He said that voters must avoid touching surfaces or leaning on walls at polling units, adding that INEC had produced a 10-point Code of Conduct for voters education during COVID-19 pandemic.

The chairman said that INEC’s COVID-19 Policy and Voters Code of Conduct had been produced in braille format also, to assist the visually impaired.

According to him, millions of people involved in elections are voters, INEC officials, security, personnel, accredited domestic and international observers, journalists, the candidates, polling agents, and service providers such as transporters.

“Millions of people are involved in elections in close proximity in the course of party primaries, electioneering campaigns, voting on Election Day and collating of results and declaration of winners.

“How do you ensure that the health, not physical security of all those involved are protected?

“Fortunately, PTF working with the health authorities provided a guide, the national policy and anchored on those guidelines INEC developed a policy specific to our mandate.

”It covers not only the conduct of the elections but also electoral activities in general involving voter registration, political party and election observation and securing the electoral process.

“In order to protect voters, officials and other stakeholders, the commission identified eight protective measures drawing from the national policy ranging from the mandatory use of face masks, hand sanitisers.

“Use of methylated spirit and cotton wool to clean the smart card readers after the fingerprint of each voter is read, rules of physical distancing, the use of infrared thermometers and procedures for handling voters and election officials showing COVID-19 symptoms.”

Yakubu said that the 10-point voters code of conduct targeted specifically at the voter giving details of the do’s and don’ts at polling units on election day.

“For instance, it is mandatory for every voter to wear face mask or face covering without which the voter will not be allowed to vote.

“We need to emphasise that we are not asking for the kind of face mask I am wearing, not surgical face mask, but face covering will be sufficient for the voter to be accredited and to vote.

“Also, voters are required to maintain physical distancing,” he said.

He said that within the inner queue, voters must maintain the mandatory two meter or six feet distance from each other.

Yakubu said that working with security agencies, INEC had produced and revised the Code of Conduct for security Personnel on Election Duty and that also included COVID-19 guidelines.