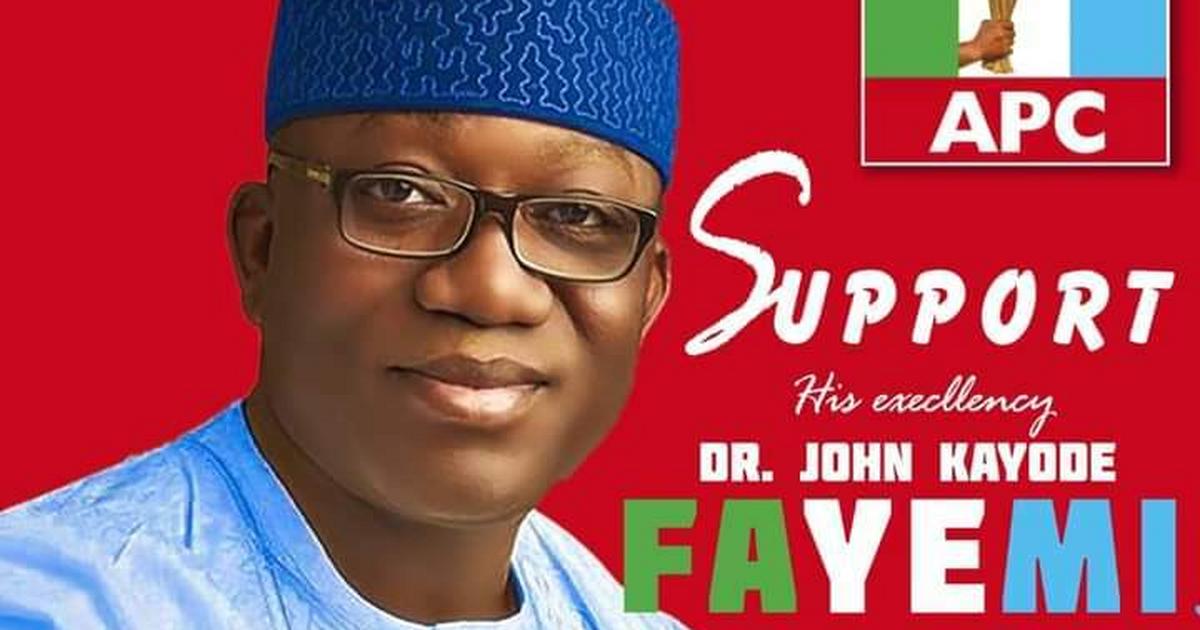 The members voted following a motion by the the Majority Leader, Chief Gboyega Aribisogan, which was supported by Mr Tajudeen Akingbolu, representing Ekiti West Constituency I.

The two legislators urged the house to investigate the chairman’s alleged involvement in the unauthorised presidential campaign posters of the governor.

They held that the chairman should be suspended and investigated, stressing that the act was in flagrant disregard to extant regulations in the state.

Commenting on the matter, the Speaker, Mr Funminiyi Afuye, directed that the investigation should be concluded and reported to the house within one week.

In another development, the house also committed the Ekiti Institute of Local Government Studies Bill 2020 to its committee on Local Government and Chieftaincy Affairs for further scrutiny.

Contributing to debate on the bill, Mr Ajibade Adeyemi, an APC lawmaker representing Moba Constituency I, said the bill would improve efficiency and productivity at the third tier level.