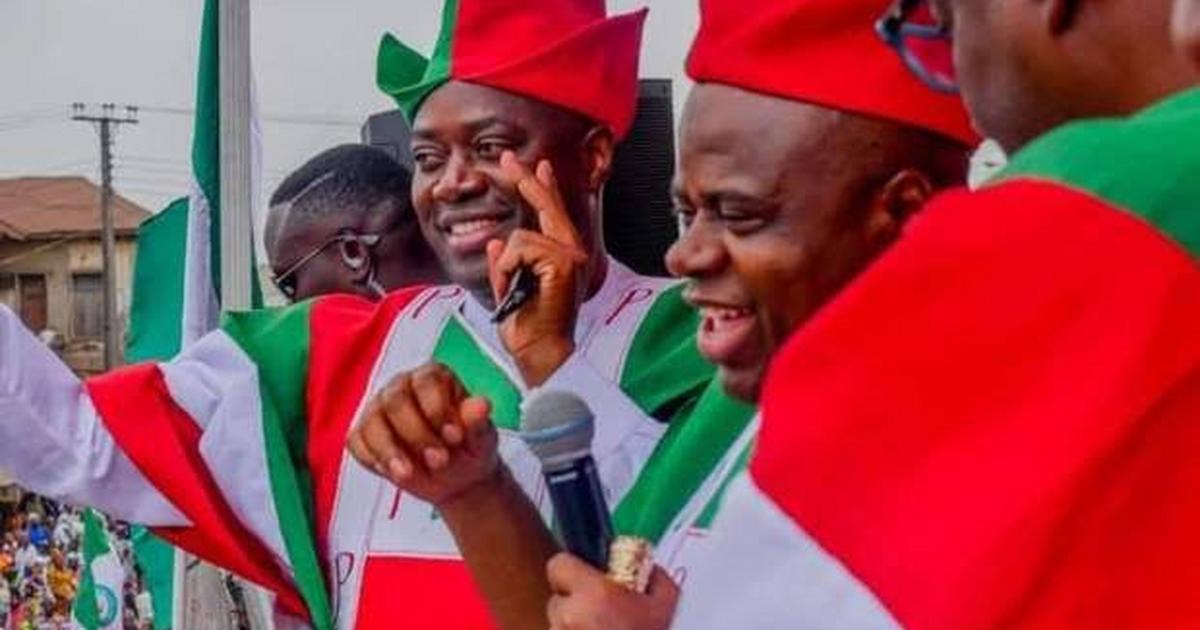 The News Agency of Nigeria (NAN), reports that the state PDP factional chairman, Mr Kehinde Odebunmi, was among the dignitaries at the event.

The PDP faction described as an “empty threat” an alleged declaration by a former governor of Ekiti State that Makinde should not visit Ekiti, urging the Oyo state governor to ignore such threat.

Sen. Olujimi in her remarks, at the presentation of the working tools, said the empowerment gesture was part of the efforts toward entrenching the dividend of democracy in the district.

She maintained that Makinde remained the indisputable leader of the party in the Southwest zone and free to visit Ekiti at will.

“I thank all of you for adopting Gov. Makinde as the leader of the party in the Southwest.

“That was what we did when Ayodele Fayose was the only governor in the zone.

“Former Gov. Fayose is a leader of the PDP and one of the many of the PDP leaders that we have in the Southwest.

“He is not the only leader and former governor, there are many.

“So, Gov. Makinde was adopted, because he is a decent, understanding and knowledgeable person.

“The Southwest NASS caucus had adopted him.

“What has Makinde done? He said we should wait and resolve this crisis before conducting the congresses because no individual can run Ekiti and deliver,” she said.