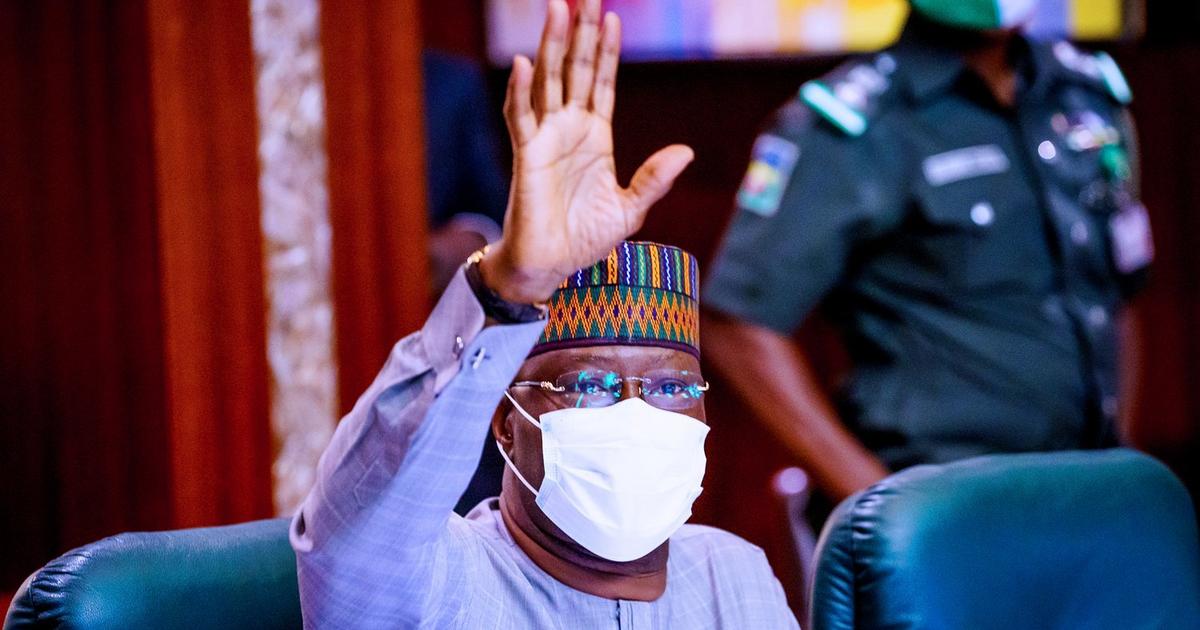 Mr Boss Mustapha, Secretary to the Government of the Federation (SGF) and Chairman, Presidential Task Force (PTF) on COVID-19, gave the warning on Monday in Abuja at the 62nd joint national briefing of the task force.

According to Mustapha, as the nation plans to reopen more sectors, everyone must stay the course and stick with the winning strategy which is anchored on the ability of our health institutions to contain the virus.

“While citizens wear face masks properly, stay away from crowded places, avoid mass gatherings, maintain simple hygienic practices and as much as possible protect the elderly and most vulnerable to this pandemic.

“It is in the above context that the PTF appreciates the on-going calls for reopening of the education sector and indeed some sub-nationals are already making preparations for such.

“Whilst the PTF does not discourage making such preparations, we need to be guided by experiences from countries such as Germany, France, the United States and the United Kingdom where opening of schools in some cities led to an increase in confirmed cases and fatalities,” Mustapha said.

The SGF also noted that the task force would be submitting the seventh Interim Report to President Muhammadu Buhari and would be guided by his directives on the next phase.

Mustapha said that the decisions and approval would be transmitted at the national briefing on September 3, 2020.

He said that as the nation entered the last few days of the extended eased lockdown phase of National Response this week, the PTF, like the global community, was confronted with a series of emerging new developments around the characteristics of the COVID-19 pandemic.

According to him, the global number of confirmed cases has exceeded the 25 million mark and is attributable to resurgence in countries hitherto considered to have effectively contained the virus.

“While a good number of countries that have relaxed restriction measures are actually re-introducing such, which in some cases are being made more stringent on the basis of lessons learned.

“The PTF has observed that South Africa is no longer in the top five with the global cumulative cases. It has similarly observed that Ethiopia is also rising strongly.

“The PTF will continue to monitor developments all over Africa even as we prepare to open up the international air space for flights.

“The PTF has also observed that from the point the global numbers entered the 20th million, growth in cases has been on the average of a million cases every four to five days.

“This is a trend that deserves a lot of attention and the PTF is doing that. For us in Nigeria, the last three weeks have shown a slowdown in the number of confirmed cases.

“Indeed, in the last four months of testing, the lowest daily figure of confirmed cases, 138 was reported on 30th August 2020,” he added.

He, however, called for caution and vigilance on the declining numbers because the virus was still potent and very dangerous.

Mustapha said that the position was informed by the fact that in spite of the nation’s enhanced testing capacity, the number of samples collected for testing have not been encouraging.

He said that while government intensify its targeted testing strategy, it still urged the states to expand the scope of their sample collection.

The SGF also recalled that at the outbreak of the pandemic, it was predicted that the African continent, with its weak health infrastructure and propensity to high disease burden, would be the worst hit.

He, however, said that a recent publication by the Weekly Science Review had indicated that in spite of having 17 per cent of the global population, Africa had accounted for just five per cent of global confirmed COVID-19 cases and three per cent of deaths.

Mustapha said, “A recent study by a group of African countries in East Africa indicates that Africa has weathered the storm of the pandemic with a death ratio of 1:10000 persons at a total of 23,000 so far.

“According to the study, far more Africans have been infected with the virus and are now resistant to it for reasons such as more exposure to variants of the coronavirus and regular exposure to malaria and other infectious diseases, which prime the African Immune system to fight new pathogens.

“The PTF is, however, studying the manifestation of the virus in Nigeria and in other countries and continents in order to understand its nature.

“This should ordinarily give us encouragement that we are winning the war against the COVID-19 pandemic.

“But unfortunately, the science, data and experience from other parts of the world indicate that such data should be viewed with extreme caution, as it is prone to be very deceptive and could be misleading.

“If we let down our guards and be influenced to deviate from our strategy of cautious optimism that have brought Nigeria this far.”

The SGF said that the noticed gradual shift in areas of high infection burden with Plateau reporting the highest number of confirmed cases could be related to increased testing by citizens of the state.

He added, “However, we also need to look at the flip side that there are a number of highly undetected cases lying around which we need to discover and deal with early.”

“As the PTF has always maintained, early testing, detection, tracing and treatment remains the second-best option for dealing with this pandemic, with the first being staying safe.

“In this wise, we implore Nigerians to get tested and present cases requiring treatment early to reduce our avoidable fatalities.

“Testing positive for coronavirus is not a death sentence, not testing and concealing cases of symptoms and presenting late is what leads to death,” he said.