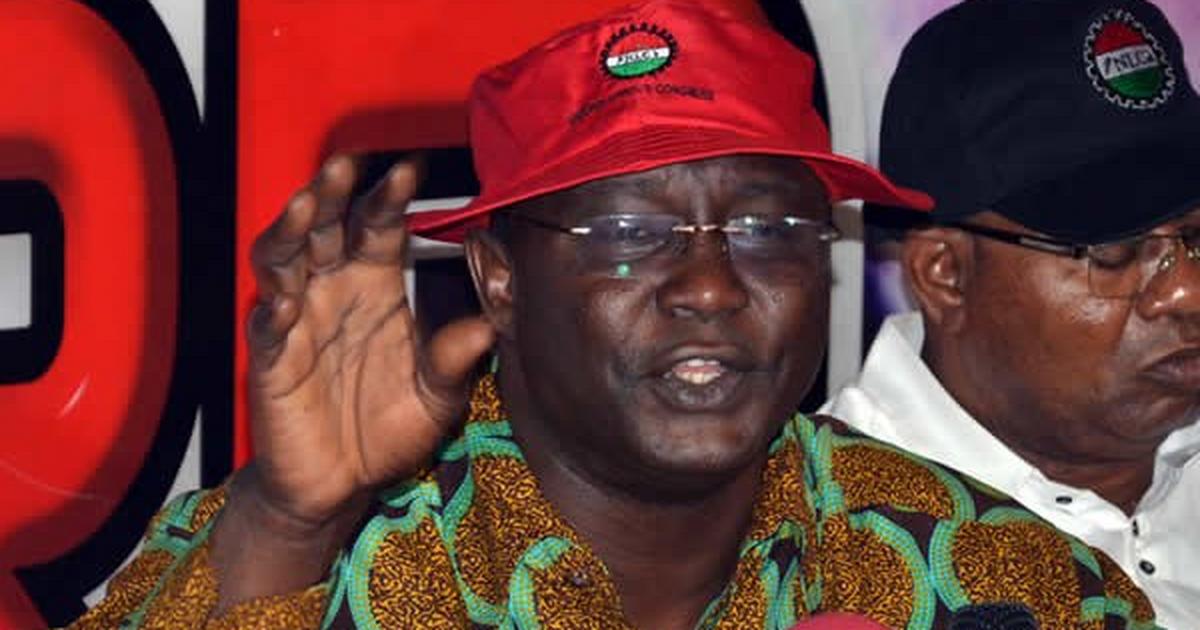 But with the duo unable to reach an agreement during the closed door meeting, Mr Ayuba Wabba, President of the Nigeria Congress (NLC), told anxious newsmen that discussions would continue on Monday.

“The discussions will continue on Monday, by 3 p.m,” he said.

NAN reports that shortly before the bilateral talks went into the closed door session, Mr Boss Mustapha, Secretary to the Government of the Federation (SGF), had appealed to the organised labour to “show understanding on the issues”.

“The recent increase in electricity tariff and petroleum pump price was not intended to cause pain or harm. The decision was taken in the utmost interest of all people and the working class.

“I had the privilege of working in the Presidential Transition Committee set up by President Muhammadu Buhari and I remembered some of the decisions that were presented to him.

“One of the decisions by the team considered as low hanging fruit in 2015 was deregulation. President Buhari objected to it. Thereafter, the issue was reflected in the final report.

“There was the need to consider seriously the issues relating to deregulation of petroleum sector and the need to look at energy sufficiency and efficiency, and what needed to be done.

“When the report was submitted to President Buhari, his reaction was that the Nigerian people elected him not to inflict pain on them.

“Five years down the line, that decision has become imperative and cannot be tampered with, it is a decision that must have been painfully considered.

“I am just sharing this reflection in order to put in perspective the fact that the decision was never intended to cause great pain,” he said.

He also noted that the National Minimum Wage was implemented over a year ago but that the ravaging COVID-19 pandemic had affected the entire world and had disrupted the strongest economy.

Boss added that due to the pandemic, countries of the world were still trying to find solutions to the economic disruption that COVID-19 had brought to the entire world.

“Nigeria does not survive in isolation. We, as a government and as a people and those of you on the other side of the divide, are part of the government, because you are leaders in your own right in the places you operate and in the spheres where you exercise influence.

“So, it is for this reason that today we will resolve matters relating to the issues that have made us gathered here, because today, I am confident that each and everyone has Nigeria at heart.

“The leadership of NLC, TUC and other leaders should assist the government toward arriving at a conclusion on these issues.

“I understand the hardship that certain decisions of the government will always bring and I believe that in the course of these hardships, there are opportunities that will ameliorate the hardship,” he said.

Sen. Chris Ngige, Minister of Labour and Employment, in a remark, noted that the government representatives at the meeting had been enlarged to discuss how to ameliorate the pains that the modulation of the petroleum price and the increase in tariff had brought.

“Today’s meeting is a bilateral meeting and it has a new colouration in that some specific items had been listed.

“We will like to assure the labour unions that we we are addressing the issue and we think that we can resolve the issues and nobody will be in the mood to go on strike or go on demonstrations in the streets as this country belongs to all of us.

“So, whatever is going to be discussed here, it will be for the furtherance of the Constitution of the Federal Republic of Nigeria, especially the section that talks about welfare and security of the citizens of the country,” he said.

In his remarks, Wabba, NLC boss, said that the best way to address social economy or labour issues and challenges was to proactively engage Labour unions and have their perspective.

“The last time we were here, we also had a lot of discussions about what we expect that should have been done; we have been on the same issue for over 30 years.

“I think the argument has been the same – people want to see reduction in those prices, which will bring improvement to the lives of Nigerians, particularly workers.

“Clearly, part of the challenge is that this new increase has also reduced our purchasing power and eroded the gains that we have been able to make with the minimum wage. As we speak, many states are yet to implement it,” Wabba said.

Mr Quadir Olaleye, TUC President, in his contribution, said that government must first revert to the previous price template for both fuel pump and electricity tariff before labour will dialogue with it on the economic recovery solutions.

He insisted that TUC maintains its last week’s position on embarking on nationwide protest or proceed on strike if the government refused to reverse the increase in electricity and fuel pump price.

Olaleye called on the government to diversify the economy and increase its revenue base.