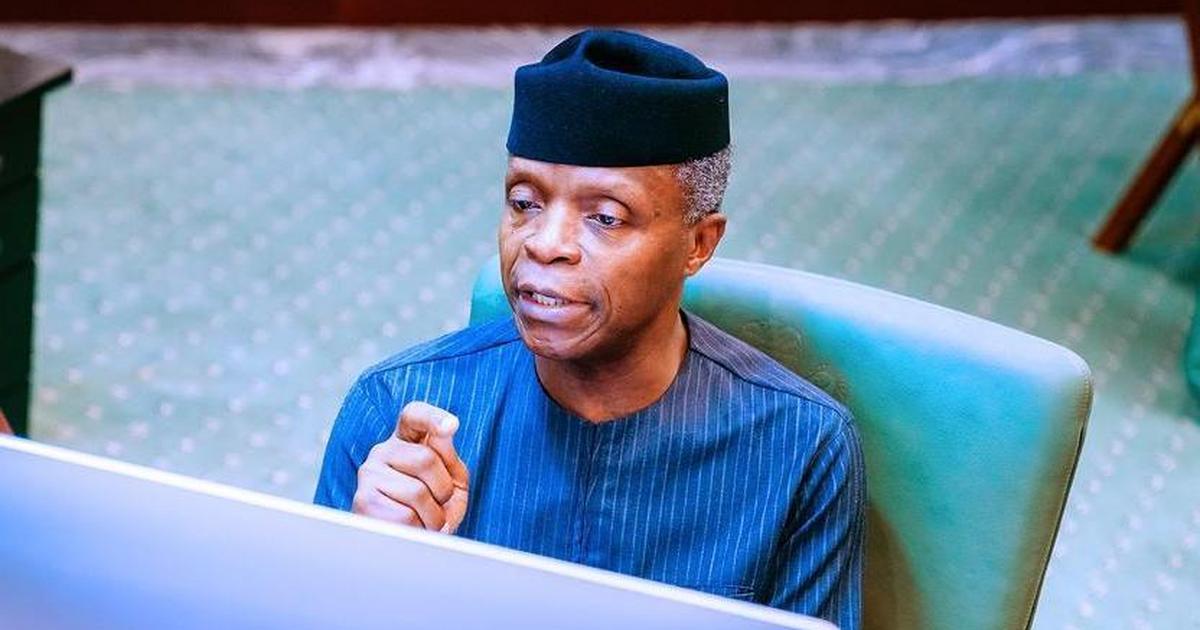 The conference was organised by the Aisha Buhari Foundation in collaboration with development partners.

He said that the Federal Government was making progress in tackling the problem of malnutrition in the country through the implementation of various intervention programmes, and increased funding.

Osinbajo said that the Federal Government had in the past few years, demonstrated commitment towards addressing the problem through increase budgeting for nutrition activities and targeting its Social Investment Programmes(SIPs) towards tackling malnutrition.

“The administration ensured progressive increases in budgetary allocations to nutrition activities in the country.

“There has been an increased investment of about N3.8 billion by Federal and State governments especially for the procurement of Ready-to-Use Therapeutic Foods (RUTF).

“There was revitalisation of the Primary Health Care System with nutrition as the primary focus, the promotion of optimum breastfeeding and improved quality of complementary food.”

Osinbajo said that tremendous progress had been recorded as a result of the administration’s efforts in collaboration with other stakeholders.

The vice president said that the SIPs had also been helpful particularly the Home-Grown School Feeding Programme for public schools which fed over nine million children across 34 States and the FCT, serving one nutritious meal every day.

He added that the Conditional Cash Transfer Scheme had provided cash transfers to about 1.2 million beneficiaries so far, to boost income.

Osinbajo said that improved collaboration and innovative thinking would be required to scale interventions and effectively address the problem.

“Clearly, we need to increase domestic financing. And the only way to do so is to look more at what we can do at both the Federal and State levels. But more importantly, to direct funding to communities with the greatest needs.

“I think civil society advocacy before the National Assembly is crucial to drawing attention to what you consider as priority.

“There are always several competing needs for resources and sometimes your strong voices especially directed as the debates that are going on can make a real difference in what ends up in the budgets, not just in the federal but even in the state budgets.”

“Budget funds from both states and federal governments cannot meet all of the needs; we believe that ultimately, the pool of funds from the mandatory health insurance programme will be an important contributor to financing nutrition.

“We need to aggregate a pool of fund outside the budget fund which is why our proposal for mandatory health insurance is one that we consider very important not just for health care but also for the nutrition interventions that we have proposed,’’ he said.

According to her, the conversation about stopping malnutrition in Nigeria must continue.

Other participants at the conference included Gov. Inuwa Yahaya of Gombe State, Minister of Health, Prof. Osagie Ehanire, Minister of State, Budget and National Planning, Mr Clement Agba, the representative of the Minister of Finance, among others.