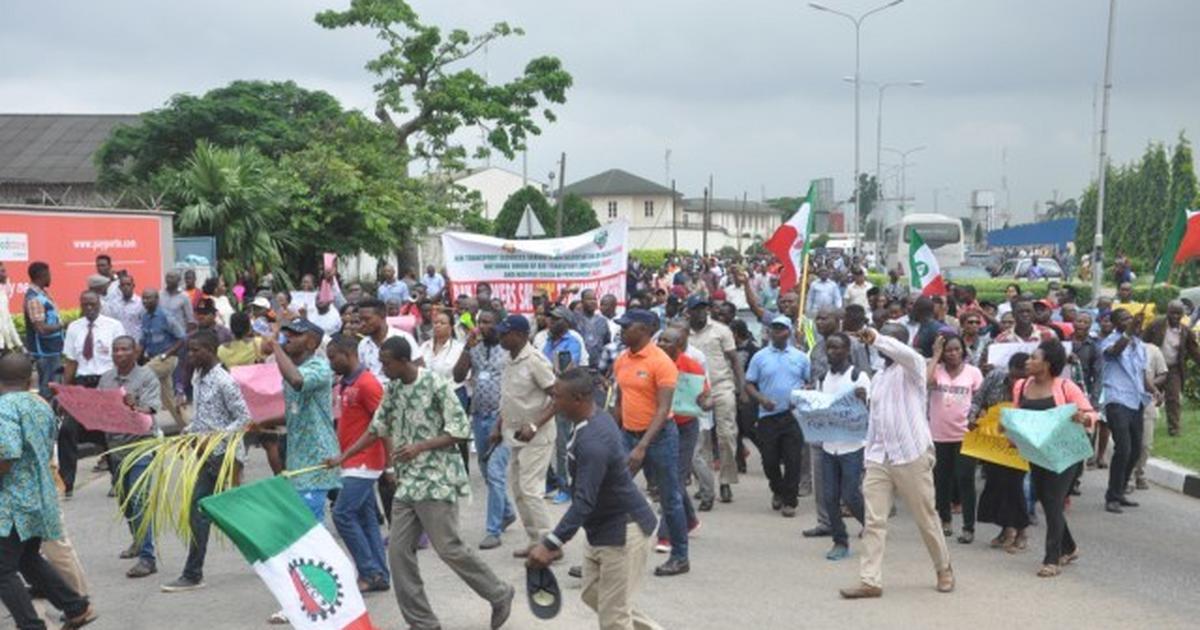 The two bodies and representatives of the Nigeria Union of Pensioners carried placards bearing different inscriptions.

Some of the inscriptions read: “Airport concession lacks transparency,” “Nigerians rise against siege on our common patrimony,” “Job loss looms in the aviation industry” and “FAAN pay our pension liabilities.”

The Chairman of ATSSSAN, Mr Oyewole Olayade, who spoke on behalf of the unions, said the protest was to air their views on the government’s proposed concessioning of the airports.

“Federal Government claimed that the airports are underdeveloped and cannot continue to fund them again.

“Government now believes that it should invite private investors to come forward to invest so that there will be fund to develop the facilities.

“Our stand has always been transparency. As critical stakeholders, we are supposed to be carried along in whatever government wants to do concerning concession.

“These four major airports generate the bulk of our revenues,’’ Olayade said.

He said that workers were convinced that the federal government was not transparent with the process of the concession.

He further said that the committee set up to examine the modalities on how the airports would be concessioned had yet to brief the national executive of the Federal Airport Authority of Nigeria (FAAN) unions.

Olayade said: “The committee met with our national leadership, where our executive asked questions on the area to be concessioned but government could not come up with genuine answer.

“At the meeting, they promised to get back to us on the modalities and procedure they want to use but to our surprise, they didn’t come back.

“All we hear, especially the last time the Minister of Aviation, Sen. Hadi Sirika, appeared before the National Assembly, is that federal government has commenced with the policy.

“He made it clear that it was a government policy to concession the four airports and that there was no going back.

“We know it is government property but the critical stakeholders should be carried along,’’ Olayade said.

Also, the Chairman of NUATE, Gbenga Kayode, urged the federal government to carry the executives of the unions along in major policies that affect FAAN workers.