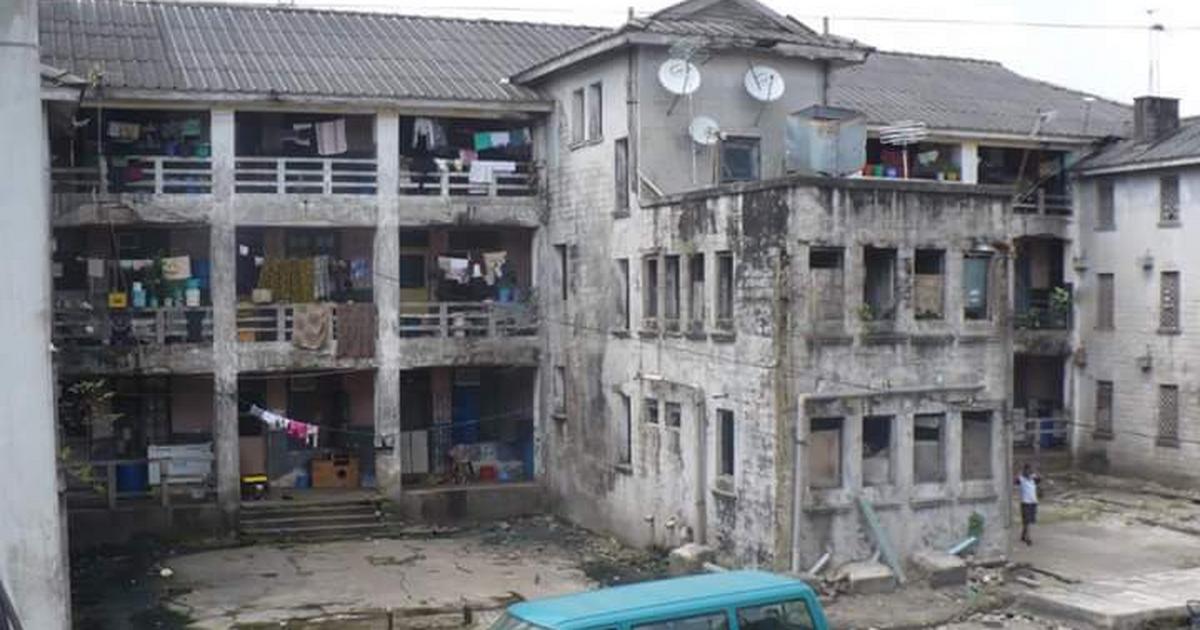 However, for many men and women of the Nigeria Police Force (NPF), getting accommodation in a barrack is akin to living in a goat pen or a horse stable.

Every day, Nigerian police officers wield rifles to fulfill their constitutional duties and protect citizens, but the residential facilities the officers return to at night time after risking their lives, does no justice to the job they sign up for. 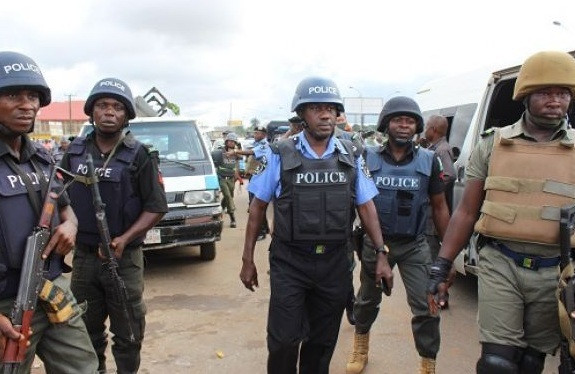 Most of the buildings they call homes are an eyesore. For decades, renovation of police barracks and building of new ones have never been factored into annual budgetary allocations.

In Lagos, there are barracks with no pipe-borne water. Officers living in these barracks have to patronise Mairuwa (water fetchers) or find another source of water outside the barracks to cook and have their bath. 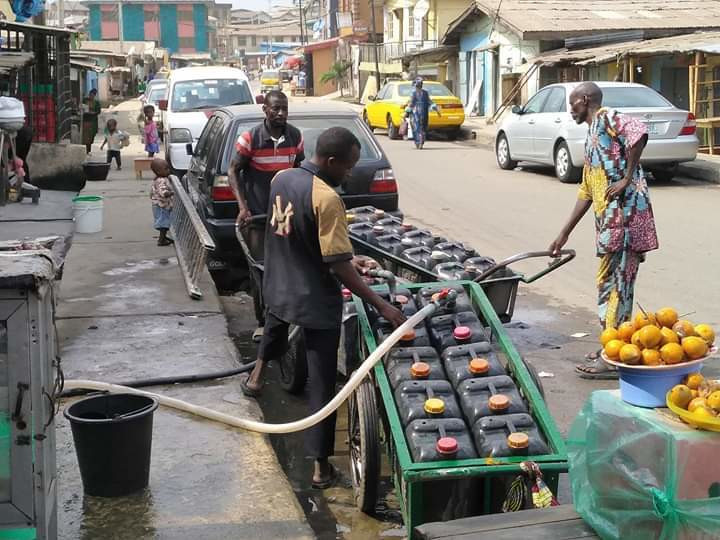 There are also barracks where officers queue to use toilets and bathrooms in Nigeria’s economic capital.

Some police barracks in the city are the worst places to reside-in during the rainy season due to flooding.

Pulse visited several barracks in Lagos and the story is the same in all the facilities.

The blocks of buildings housing officers in the mainland and Island areas of a thrumming city are pathetic sights and an imminent disaster.

Police barracks in Lagos are nothing but slums occupied by police officers.

Most of the dilapidated structures in the barracks are already collapsing, and according to a police officer, the barracks and accommodation department of the force is not doing anything to maintain the facilities. 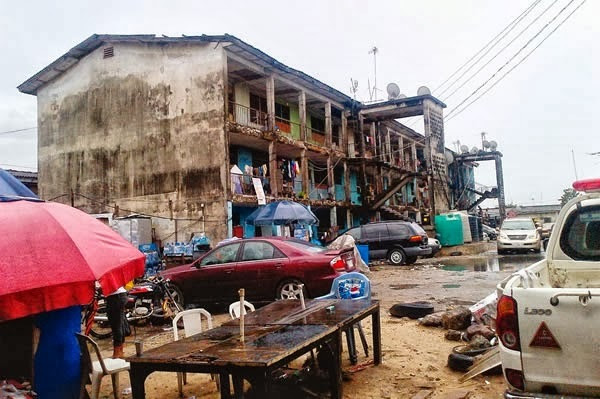 The officer alleged that the department collects charges, but officers living in the barracks are the ones maintaining the facilities.

He said, “Police officers construct and maintain drainage by themselves, They do the general cleaning and maintenance of the barracks by themselves because nobody will do it for them. The government just collects the money and embezzles it. This practice is as old as the police force itself.”

Since the establishment of various barracks in Lagos, most of them have not seen any renovation. 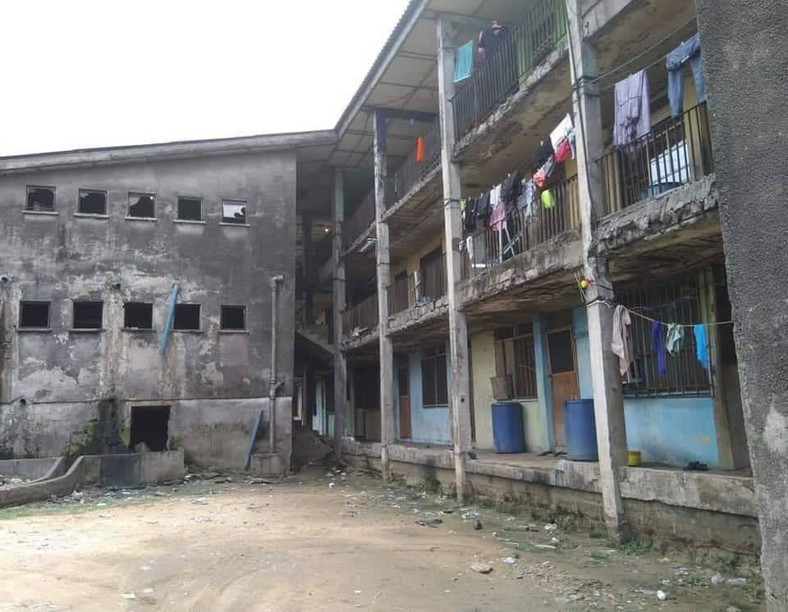 The Mopol 2 barrack in Ikoyi, for instance, is one of the oldest in Nigeria. It is said to be the first barrack for mobile police officers (MOPOL) in Lagos and the second in the country.

But since the Police Mobile Force was established in the country, the facility which houses hundreds of police officers, has not been renovated.

Today, the barrack is on the verge of collapse and its dilapidated structures are riddled with cracked and broken walls.

Littered with broken sewage pipes and stinking drainage, Mopol 2 barrack is ostensibly one of the dirtiest residential facilities for police officers in Lagos.

The next barrack to it, Mopol 24 in Ikoyi, looks like a den.

The entrances to some of the flats in the facility are more like windows of underground apartments. The occupants of the flats have to squat very close to the ground to gain access to their rooms.

Like Mopol 2, the structures are giving way and one of the dilapidated blocks is already sinking into the ground because of flooding. That explains why the entrances are small. 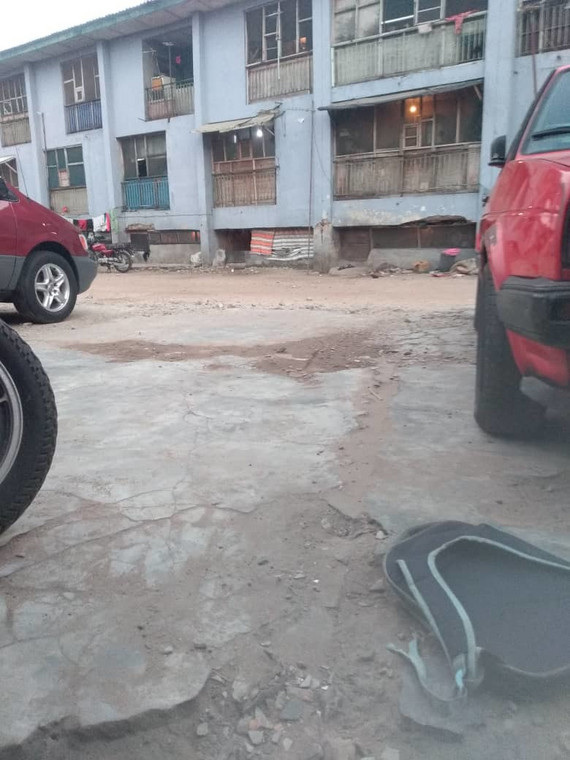 A police officer who spoke to Pulse about the sinking building, said the ground floor of the structure was originally a parking lot but due to accommodation problems, officers had to convert it to flats.

He said, “The Mopol 24 barrack sinks to the ground because of flooding. As a matter of fact, the ground floor of the blocks of buildings in the barrack was originally meant to serve as car parks but it has now sunk to the point that cars cannot be parked therein again.

“But now, due to accommodation problems, police officers in the barrack have converted the sinking car park to apartments and they still collect accommodation charges from them.

The Obalende barrack contains an array of two-storey buildings with cracked and broken walls. 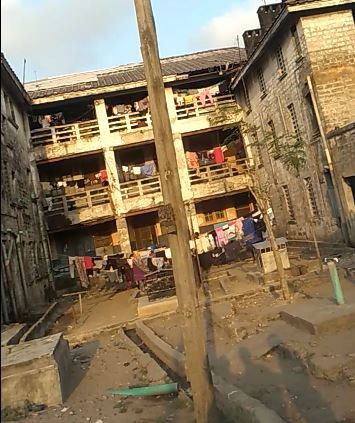 Shielded from the noise of motor park louts and commercial activities in Obalende, this police barrack gives off an aura of a calm neighbourhood. However, there are obvious signs of dilapidation and reckless abandonment here.

Perhaps, due to its location, the Falomo Police barrack, like its Obalende counterpart, looks serene, but the facilities in the barrack are a disaster waiting to happen. 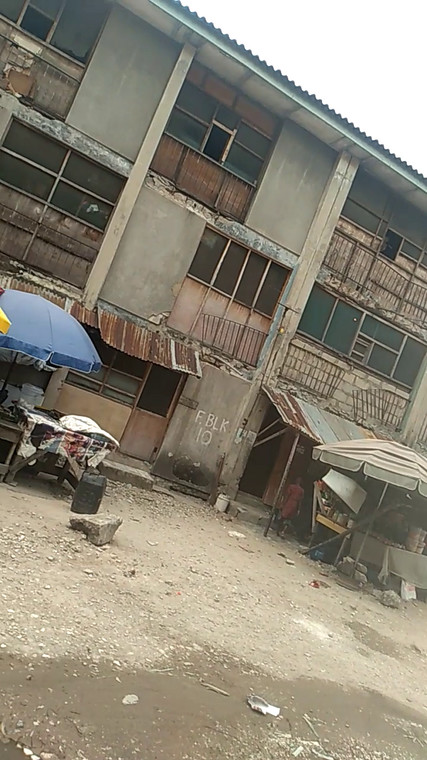 Almost all the first and second floors of the two storey-buildings in the barracks have lost the railings of their balconies.

Since the railings of each flat have rusted away, and loosely hang on the walls of the building, most occupants of the flats now fence-off their balconies with plywood and corrugated zinc sheets to prevent them and their kids from tipping over to the ground below.

On the mainland side of the state, the barrack at the State Criminal Investigation Department (SCID) in Yaba is a row of decrepit buildings for officers and their families.

The Yaba barrack, like others, contains blocks of two-storey-buildings that have been forgotten and left to collapse.

The condition of the buildings in the barracks is so deplorable that the iron rods in the beams that support the slabs of each floor are now exposed due to the cracks in the walls.

The police barrack in Mushin is a jungle within a jungle. From its unkempt water source to the mass and chaotic electricity lines, the premises evokes an atmosphere of confusion. 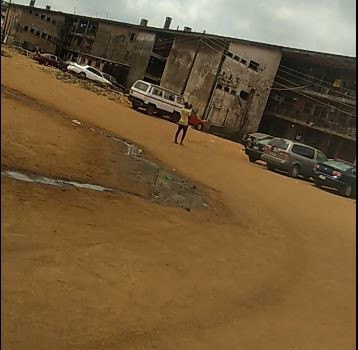 The condition of the buildings is the same as elsewhere in the state, giving way and seemingly abandoned.

Ikorodu is one of the five divisions in Lagos, and the only police barrack in the area has some blocks of apartments that should never be associated with anyone on the payroll of the federal government. 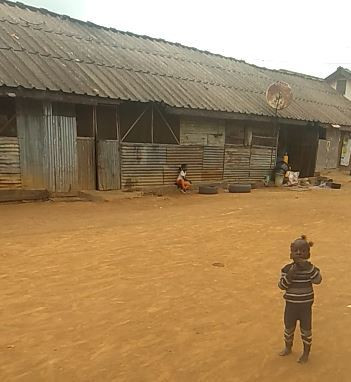 In this barrack, about three blocks of bungalows located at the back end, are built with bricks and zinc sheets which serve as walls.

There’s no visible source of water around the premises as each of the flats in the blocks have containers and jerry cans for fetching water at the basement of the building.

The buildings appear more like a make-shift structure for the officers as there are better residential facilities within the premises.

The Ikeja Police barrack on Mobolaji Bank Anthony Way, is another eyesore that embodies the rot in police facilities and the poor maintenance culture of the Nigerian government. 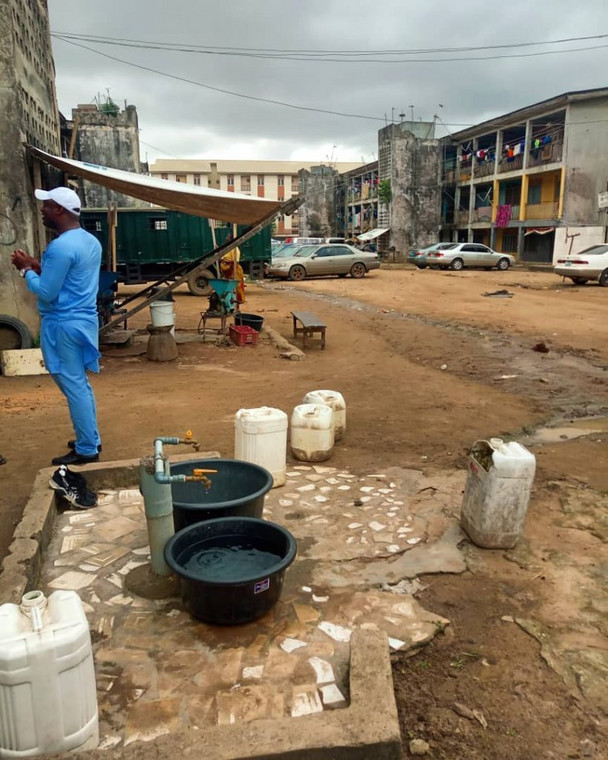 The Ikeja barrack reportedly houses the highest number of police personnel in Lagos, but the facility is a picture of structural defect, dirt and smell emanating from overflowing septic tanks.

Speaking on the state of the barracks, a police officer said, “Go to the highway barrack at the police college in Ikeja, you’ll see rusty iron rods jutting out of the dilapidated buildings. If a building collapses in that barrack, so many people will die.”

How officers cope with deplorable barracks and accommodation problems

Despite the terrible state of almost all the police barracks in the country, some police officers still find it convenient to live in the barracks, while others choose to stay outside of the ghetto called barracks. 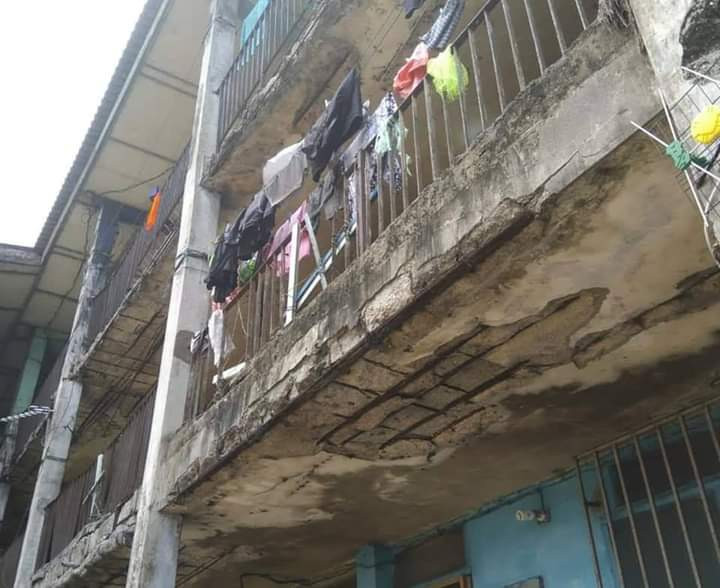 Living in the barracks may be deemed rent-free because the government believes that the accommodation issue of any officer sheltered in a barrack has been taken care of. The state or conditions of the barracks, however, do not matter.

Officers who do not have the financial means to rent personal apartments in town make every effort to get spaces in the barracks.

According to the officer who spoke with Pulse, officers interested in staying in barracks sometimes bribe senior colleagues to eject retired ones in order to make space for them.

Speaking with Pulse on the matter, the Force Public Relations Officer, Frank Mba, said the accommodation challenge boils down to a deficit in budgetary provisions. 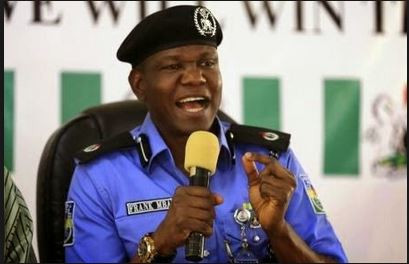 He said every police officer, including him and the Inspector General of Police, have been complaining about the state of accommodation facilities for officers.

He said, “If you look at the number of police officers in Lagos and you juxtapose that with the number of housing opportunities available to them, you’ll realise that beyond the fact that those facilities are overstretched, 60 percent of the police officers are housed outside the barracks.”

He explained that the alternative for most police officers is to live far away from their place of work.

He said, “We go to the outskirts of the town to rent houses where they are a bit affordable. That also impacts on your efficiency and your service delivery. Because you lose a lot from commuting from your place of work to your place of residence. 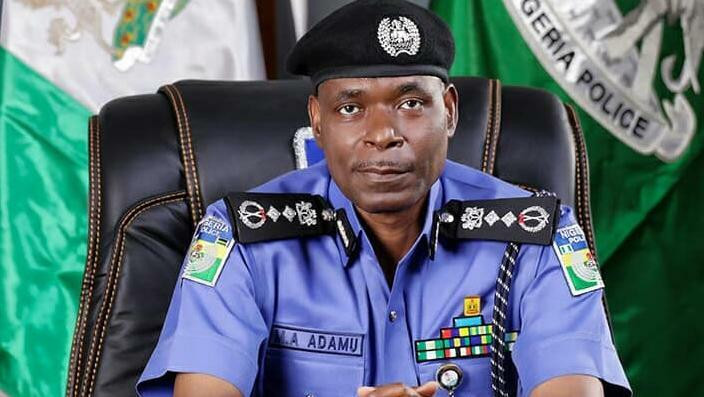 “While police stations and police responsibilities are increasing at a geometric rate, residential facilities of the police are almost at a stand still or at best growing at an arithmetic proportion.”

Pulse reached out to Mr Haliru Jika, the Chairman of Senate Committee on Police Affairs, and his counterpart in the House of Representatives, Bello Kumo, for their comments on the deteriorating structures in the police barracks across the country.

Both lawmakers are yet to reply to email messages sent to them since Thursday, August 13, 2020. 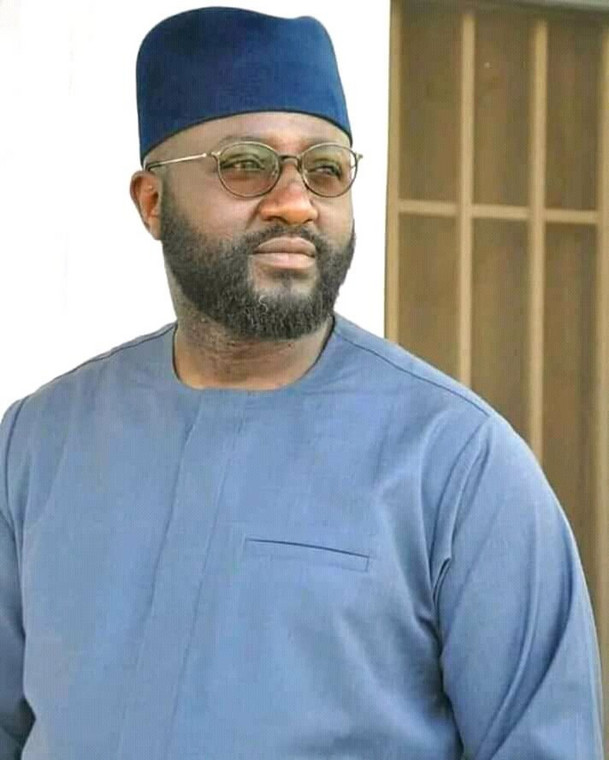 Pulse has also dialled the mobile lines of the lawmakers, but none of them picked up their phones. A WhatsApp message sent to them was also not responded to.

Since the federal government has refused to renovate old barracks and build new ones, the NPF has decided to take its destiny in its hands by going into the business of building barracks and selling it to its personnel.

Mba said since the police are not getting sufficient funding from the federal government to renovate old barracks and build new ones, they have to think of public-private partnership. 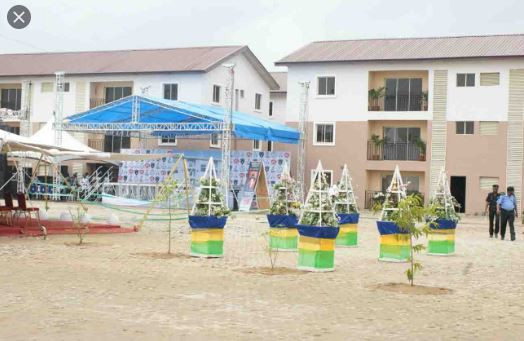 “The police are also using the instrumentality of the police cooperative society to partner with developers.”

Even though the NPF says it is building new barracks to address the accommodation challenges of the officers, many police officers believe the new barracks being built by the force are a scam.

Many officers are of the opinion that the NPF properties in Idimu and Badagry are too expensive; as a three bedroom flat goes for over N8 million.

Reacting to this, Mba said the claim that a block of flats is too expensive at N8 million in a place like Lagos, is not true. 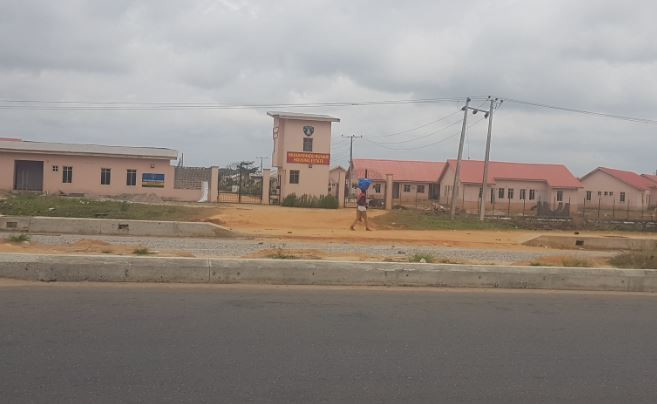 He said he has helped a lot of officers acquire apartments at the Goodluck Jonathan Housing Estate in Idimu, adding that interested officers are not expected to pay at once.

Mba said, “Look at that location, look at the quality of the houses, look at the comfort around there. It is not true. The money is not meant for you to pay at once. I helped a lot of young officers to get houses there.

“Nobody expects them to pay N8 million at once. You’re supposed to pay a certain down payment and they spread the money for you. So they will be deducting it from your salary for a period of time. It is even very convenient. A lot of them who bought the houses do not live there, they rented it out.”

The NPF might be making efforts to solve police officers’ accommodation problems, but officers living in dilapidated barracks still look up to the federal government for renovation of the collapsing buildings.

Will the FG listen to their cries and come to their rescue any time soon? Maybe.