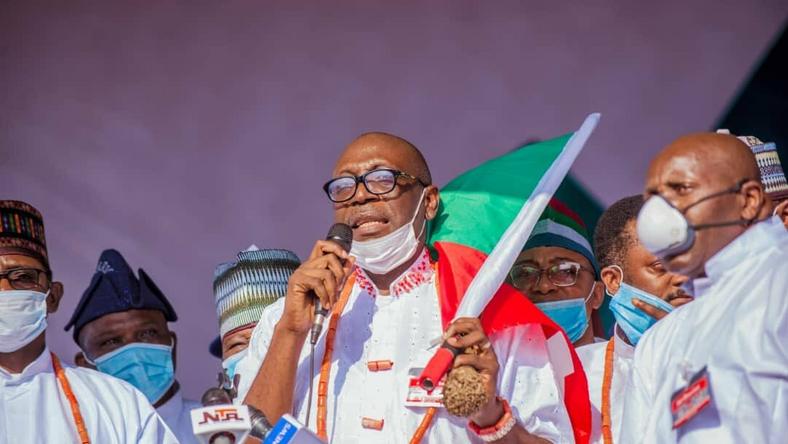 The candidate of the All Progressives Congress (APC) lost the September 19 election to the incumbent governor, but has refused to concede defeat.

In an Independence Day message on Thursday, October 1, 2020, Ize-Iyamu said he’s at liberty to pursue any legal option he deems fit as long as the peace of the state is not threatened.

The former Secretary to the State Government said he’s still gathering facts with his team and will announce a decision as soon as that process is concluded.

He said, “We owe you an explanation on the way forward. Indeed, not a few have been bombarding us with this question.

“Well, we have kept quiet so far, not because we are bad losers, as some unfairly presume.

“It’s rather because, no matter the situation, we are staunch soldiers of the rule of law and due process.” 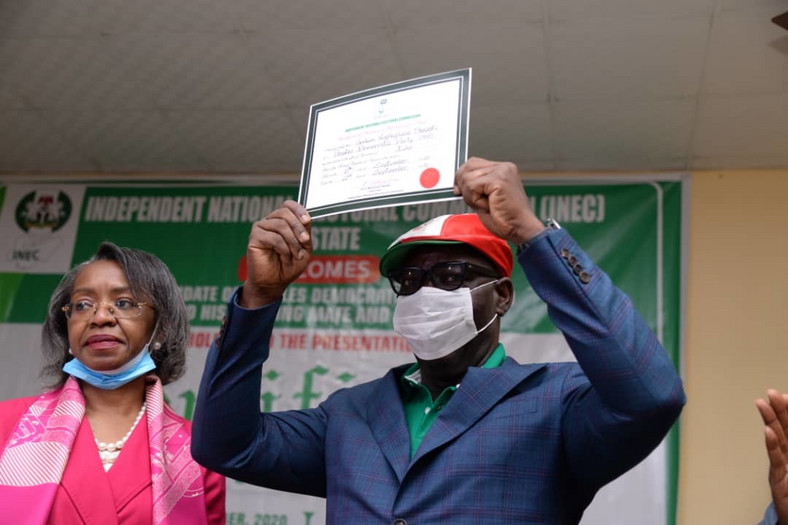 The Yobe governor called on Ize-Iyamu and APC leaders to acknowledge the election as free, fair, and credible as already done by President Muhammadu Buhari.

Ize-Iyamu said while appeals like that cannot be entirely dismissed as bad, whatever action he takes would be rooted in due process and the rule of law.

“We will exercise every right available to us under the law, given the electoral facts at our disposal,” he said.

He also praised President Buhari for his efforts to provide a level playing field for all the candidates that participated in the election.