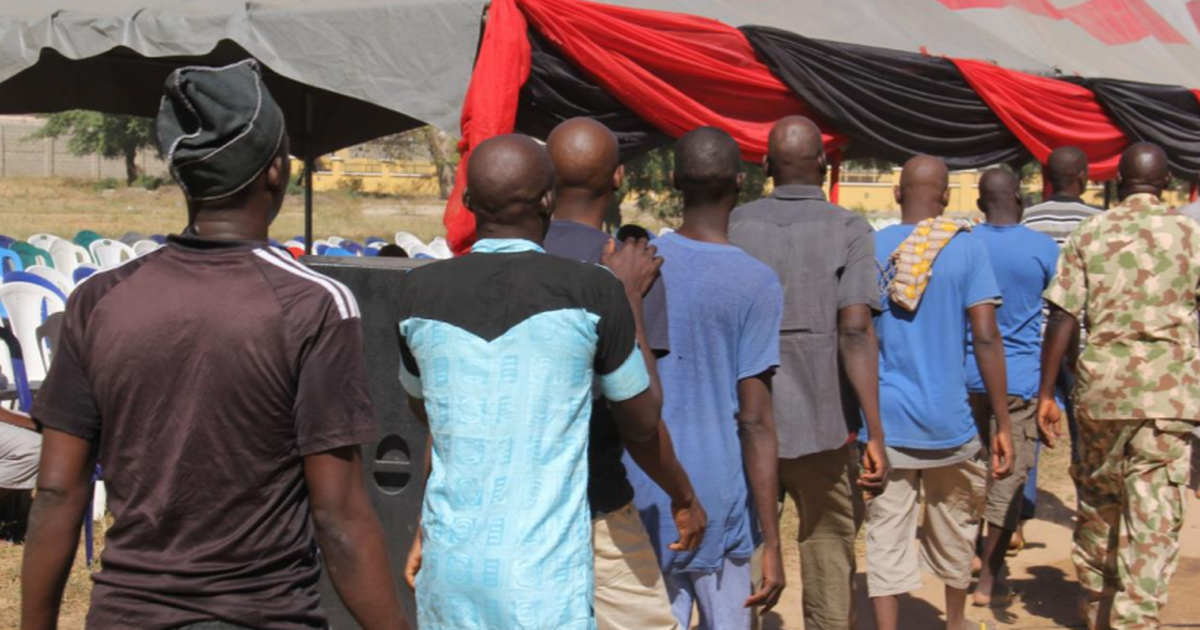 The two are graduates of the Operation Safe Corridor programme, a multi-agency humanitarian effort, led by Defence Headquarters (DHQ), that was launched in 2016 to encourage Boko Haram terrorists to surrender.

The programme is based on De-radicalisation, Rehabilitation and Re-Integration (DRR) of former members of the Islamic sect that has terrorised the northeast region for over 10 years.

A total of 881 ‘repentant’ former terrorists have been released since the programme was launched four years ago, with 601 released as recently as last month.

Kebbi’s Secretary to the State Government, Babale Umar Yauri, handed over two of the recently released former fighters who are Kebbi indigenes to the Emir of Gwandu on Monday, August 17, 2020.

Yauri commended the two for accepting to be of good conduct and promised them financial assistance and a starter-pack to engage in profitable ventures.

He said a similar gesture will be extended to others that chose to repent and be of good behaviour.

The State Commissioner of Police, Agunbiade Oluyemi Fasore, said the movement and activities of the two former terrorists would be monitored to ensure conformity with security regulations.

Many Nigerians have been highly-critical of the programme, noting that it made light of the atrocities committed by Boko Haram.

Amnesty International in May criticised Operation Safe Corridor for being rife with violations, including the unlawful detention of people not proven to be Boko Haram collaborators.

Senator Ali Ndume (Borno South – APC) in July accused the Nigerian government of pampering Boko Haram terrorists with the programme which he described as a ‘very misplaced priority’.

The senator said the programme is ill-timed because over one million people displaced by Boko Haram are still suffering in internally displaced persons camps, and not getting the same level of attention from the government.

In response to the wave of criticism, DHQ spokesperson, Major-General John Enenche, said earlier in August that those released are categorised as Boko Haram victims themselves because they were forcefully recruited.

“These individuals were duly profiled and confirmed to be; low risk and not low risk repentants, who were ascertained to be innocent and forcefully conscripted to join the sects and are categorised as victims,” he said.

Boko Haram’s insurgency in the northeast region kicked off in 2009 with the sect vowing to carve out a caliphate out of Nigeria and at some point controlling dozens of territories which it later lost over the years.

Despite its activities being significantly subdued by the military over the past few years, the group, alongside its influential faction the Islamic State West Africa Province (ISWAP), is still terrorising parts of the northeast and surrounding border areas.