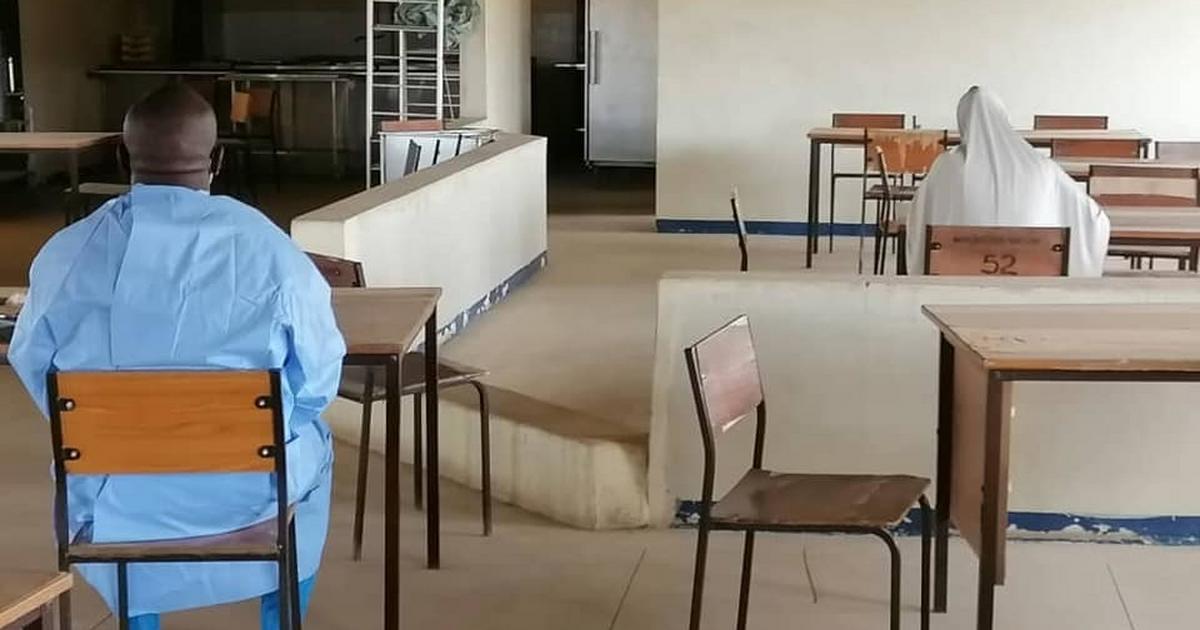 She was reported to have been infected through close contact with a close relative who was positive, and was discovered through contact tracing.

The unnamed teenager wrote her Agricultural Science paper at the isolation centre on Wednesday under close supervision of an official of the West African Examination Council (WAEC).

Oladeji-Lambe said the candidate is asymptomatic, and was certified to be fit enough to write the exams.

“She missed a paper yesterday (Tuesday) and we informed the authorities because as child advocates, once she had enrolled for WAEC, the government felt she has the right to write her papers.

“That’s why the state government thought it wise to arrange for her in order not to miss other papers.

“The state government deemed it fit to arrange for her to have safe place for her to write the exam without fear of stigmatisation or risk to other students,” Oladeji-Lambe.

Eight students also writing WASSCE have similarly tested positive for COVID-19 in Gombe and have the same arrangement of writing from isolation centres.

The WASSCE was first postponed in March after schools were shut down across the country in a bid to contain the spread of the coronavirus disease.

An announcement earlier in July to restart the examinations on August 4 was subsequently withdrawn after the Minister of Education, Adamu Adamu, raised concerns about the safety of students with the coronavirus still active in many parts of the country.

The government announced later in July that schools could reopen for final year students in early August so that the exams could commence on August 17.

Since Nigeria detected its first case of the coronavirus in late February, over 50,000 cases have been recorded across the country, with nearly 1,000 fatalities, as of August 19.