Mr Okanlawon Sanni, the Chairman, Committee on Commerce and Industry, made the call during an inspection of the Agro-Industrial Park Project at Imota, Ikorodu, Lagos State.

Sanni, representing Kosofe Constituency I, said the contractors had done a satisfactory job and the committee was still encouraging them to speed up with the project so that it would be delivered at the stipulated time.

The lawmaker said the committee would also ensure that it gives all the appropriate legislative backing in ensuring completion of the project.

He said the rice mill when completed would be the first of its kind in the country due to the large mill production capacity.

Sanni, said with an expected production capacity of about 2.4 million freshly processed 50kg bags of rice per annum, the mill would greatly reduce the need to import rice from surrounding states and countries.

He said the increasing population of Lagos had put pressure on the state’s food security, supply mechanism and available infrastructure, hence the need to prepare adequately to meet the challenges of upscaling food production could not be over-emphasised. 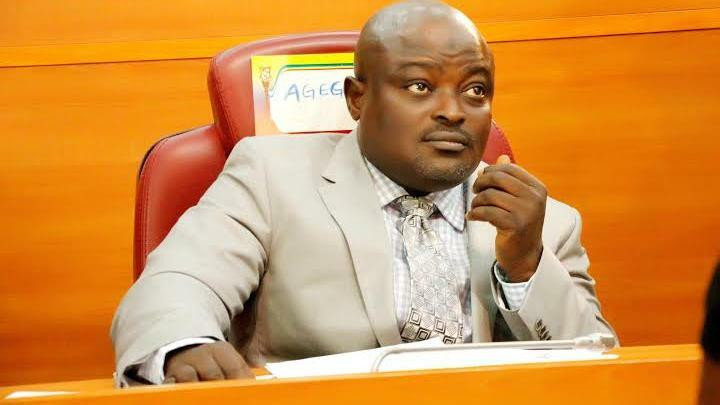 Sanni noted that the essence of the visit was to inspect the Agric-industrial park, that the government had awarded some years back.

He said: “The essence of the visit is also an oversight, to see what has been put in place and to ascertain the value for money of the project.

“From what I have seen so far, I want to believe that the contractor has done a very good job even in the face of the economic strangulation.

“Besides, from my assessment so far, I believe the contractor has delivered 75 per cent of the project.

“The importance of the industrial park is to bring entrepreneurs, SMES into a hub. This is a hub so that they can enjoy the benefits of clustering, localisation of industry, technology, just to mention

“This project will be prepared by IPP, which means the users will enjoy stable power supply and if you remove electricity cost from their challenges, it will reduce their cost of production.”

The lawmaker said he expected the state government to bring those in the agro-allied sectors into this industrial park so that they could both enjoy the benefits of operational cost in the park.

The lawmaker said the rice mill would also reduce the cost of rice in the market once there was an increase in the rice production in the state.

Commenting, Mr Gboyega Odulami, the Managing Director, FAO Consultant International, pledged that the rice mill and the industrial park would be delivered before the end of the year.

The News Agency of Nigeria (NAN) reports that the contractor was the designers of the Imota Light Industry Park and the Rice Mill.

“We expect the rice mill to be delivered by the end of this year and the capacity of the mill can produce 32 tonnes per hour.

“Concerning the daily production, it depends on the number of hours used in the production. So, if you can use 10 hours per day then the mill can produce 320 tonnes per day.”

Odulami explained that the state government had a programme that would help deliver raw materials from Lagos State farmers, South Western states farmers and the farmers in the established areas in the north.

He said the idea of the rice mill was basically to use 52 hectres of land for cultivation to feed this size of rice mill on an annual basis.

Odulami explained that the industry park was actually conceived in 2017 and the idea was to provide buildings for light medium scale industries.

“These industries are into beverage, chemical works, plastics, wooden work and some other types of small scale businesses.

“Initially, when it was started, the government was looking at about 100 units, but the number of units reduced when the rice mill was added to it.

“The rice mill has taken about 8.5 hectres of land and it is in this contiguous areas that is fenced around because it has its own boundaries.

“This means that the land that encircle the rice mill is what is left for the industrial park which can accommodate 50 units of industrial sectors.”

Odulami noted that the users of the units were the vendors of food and beverages, chemicals, wood works