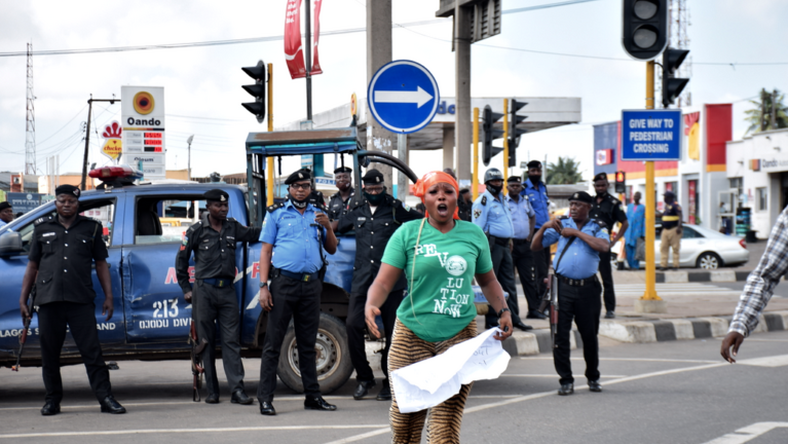 The protesters were arrested at various locations within the state after they joined hundreds of others who were protesting nationwide to condemn the President Muhammadu Buhari-led Federal Government.

The protesters defied warnings from authorities and accused President Buhari of failing to effectively deal with the problems of the country whose 60th independence anniversary was celebrated on Thursday.

Lagos Commissioner of Police, Hakeem Odumosu, said the protesters were arrested for unlawful assembly and conduct likely to cause breach of public peace.

He said they also violated the state’s COVID-19 laws which limit the number of people that can gather in a social setting.

The Revolution Now protests were first held in August 2019 against the alleged incompetence and corruption in the Nigerian government.

The convener of the protest, Omoyele Sowore, was arrested by the Department of State Service (DSS) last year and accused of threatening the harmony of the nation by plotting to overthrow a democratically-elected government.

Many protesters who took part in last year’s protests were also arrested and charged to court by the government. 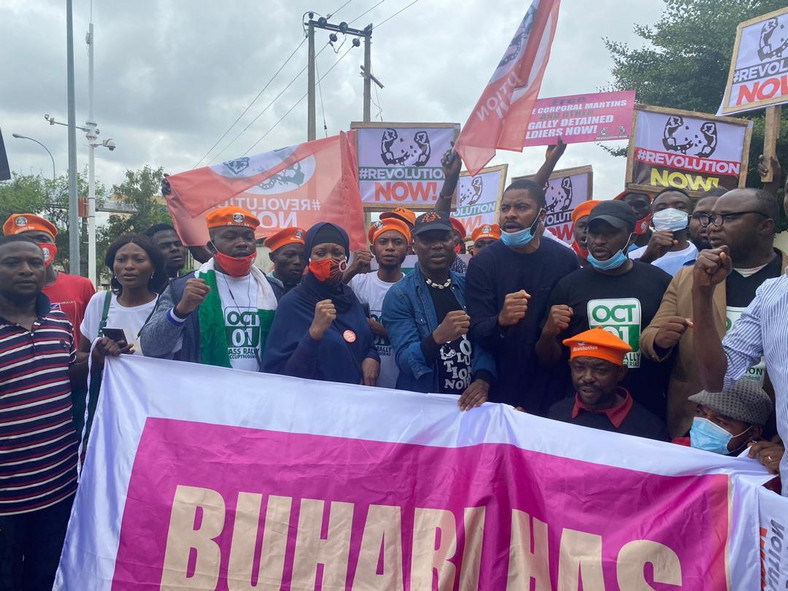 A repeat of the protests in many states on Thursday was met with a similar crackdown by security operatives.

Police inspector, Adadu Innocent, was arrested and will face in-house orderly room trial for brutalising a Punch Newspaper journalist, Kayode Jaiyeola, at one of the protests in Maryland, Lagos.

DSS operatives broke up a gathering of protesters and arrested a dozen of them in Osogbo, Osun State capital, according to a report by Punch. They were later released.