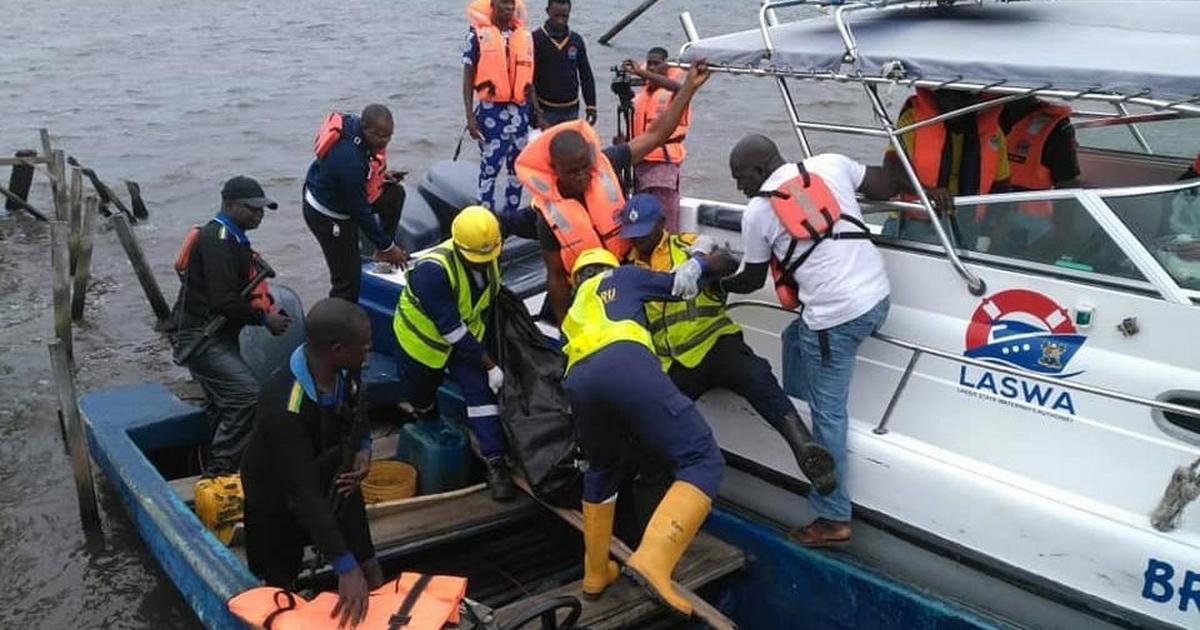 Famuyiwa the first prosecution witness, told the court that the capsized boat operated from an illegal jetty.

Led in evidence by the Director of Public Prosecution (DPP), Mrs Olayinka Adeyemi, the LASWA official informed the court that because the jetty were the boat operates was illegal, it lacked state presence.

He also said that the passenger capacity of every boat at the state jetty will be coordinated to avert mishaps.

He alleged that the operator and captain of the capsized boat violated the law for operating contrary to the state laws.

Under cross-examination by the defence counsel, Ganiyu Oyarevuegbe, Famuyiwa stated that since the boat was not registered, LASWA would not be able to ascertain the operator competence to run the boat.

He noted that some of the survivors of the boat mishap were rescued by the first responders.

In his testimony, the Water Guard Supervisor of LASWA, Mr Adisa Ahmed told the court that for every approved jetty in the state, there is presence of water guard personnel to ensure safety.

Narrating the role LASWA played in the mishap, Ahmed said that he received a distress call while on patrol on sea.

“When officials got to the scene, the first responders, comprising of Marine Police and Fishermen had commenced rescue operation.

“The agency thereafter interviewed first responders on the scene on the cause of the accident in order to avert reoccurrence,” Ahmed said.

NAN reports that the twelve victims were said to have drowned during the July 29 incident after the wave of a ship sailing along the Kirikiri waterfront made the boat whose engine had been switched off during an argument between Elebiju and his passengers over the fare, to capsize.

It is reported that 20 passengers boarded the boat from Kirikiri to Badagry, but while on the way, the passengers disagreed with Elebiju when he indicated that the fare was N1,500, and they insisted on paying N1,200.

The captain allegedly switched off the engine of the boat by the waterfront because of the N300 difference.

However, when the ship sailed along, the waves of the big vessel made the boat to drift towards a stationary barge, where it capsized and 12 passengers drowned.

Earlier during Friday’s proceedings the DPP informed the court of an amended charges against the defendant, praying for his plea to be taken.

Elebiju was thereafter re-arraigned on an eleven-count charge bordering on involuntary manslaughter. He plead not guilty to the charges.

Justice Josephine Oyefeso adjourned the case until Sept. 17 for continuation of trial.