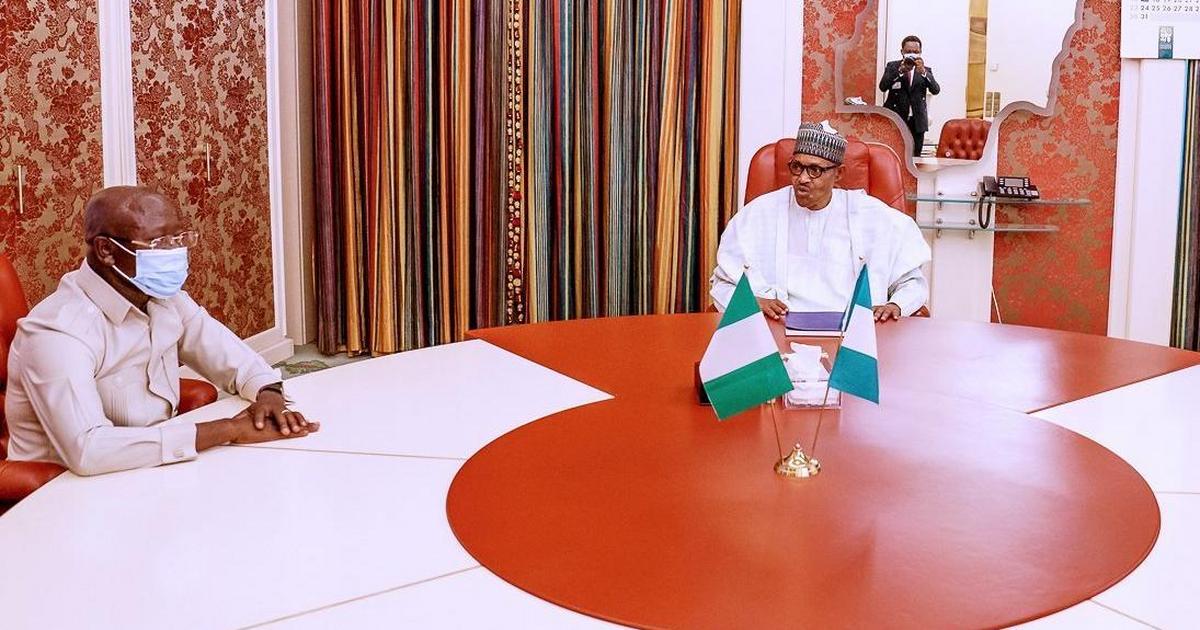 Buhari, at the end of the meeting, warned political actors in the forthcoming Edo governorship elections to shun any act capable of disrupting socio-political order in the state.

However, barely 24 hours after Oshiomhole’s visit to the villa, the mischievous video clip went viral.

Malam Garba Shehu, the Senior Special Assistant to the President on Media and Publicity, in a statement in Abuja on Tuesday described the video clip as the handiwork of misguided elements.

”It is very important to strongly dispel misguided messaging amongst commentators, rights activists, advocates and journalists who have been reacting to a trending short video clip, alleging that the Chief of Staff, Prof. Ibrahim Gambari and Adams Oshiomhole, the former All Progressives Congress (APC) chairman had hatched a plan to arrest opposition individuals ahead of the September election in Edo.

”Firstly, it is important to state that the video was an ingenious patchwork of mischief, extracted from an innocent conversation focused on the emerging incidents of violence in the run up to the election.

”It is equally a fact that various political parties campaigning in Edo have levelled accusations of violence against one another.

”In such a heightened state of uncertainty, responsible leadership, must ensure that elections are conducted in a peaceful manner and if warranted, judicious use of Law enforcement to protect lives and properties of citizens is mobilized thus preventing criminal elements from subverting the democratic process.

”This message has consistently been repeated by Mr President.

”He does not support violence of any sort and its propagators will be brought to justice. Elections must reflect the will of the people,” he said.

Shehu maintained that both Gambari and Oshiomhole have a history and track record of working to protect the rights of Nigerians and humanity of all walks of life, especially the poor and marginalized.

According to the presidential aide, Gambari and Oshiomhole will never be found encouraging any conduct that runs counter to these values.