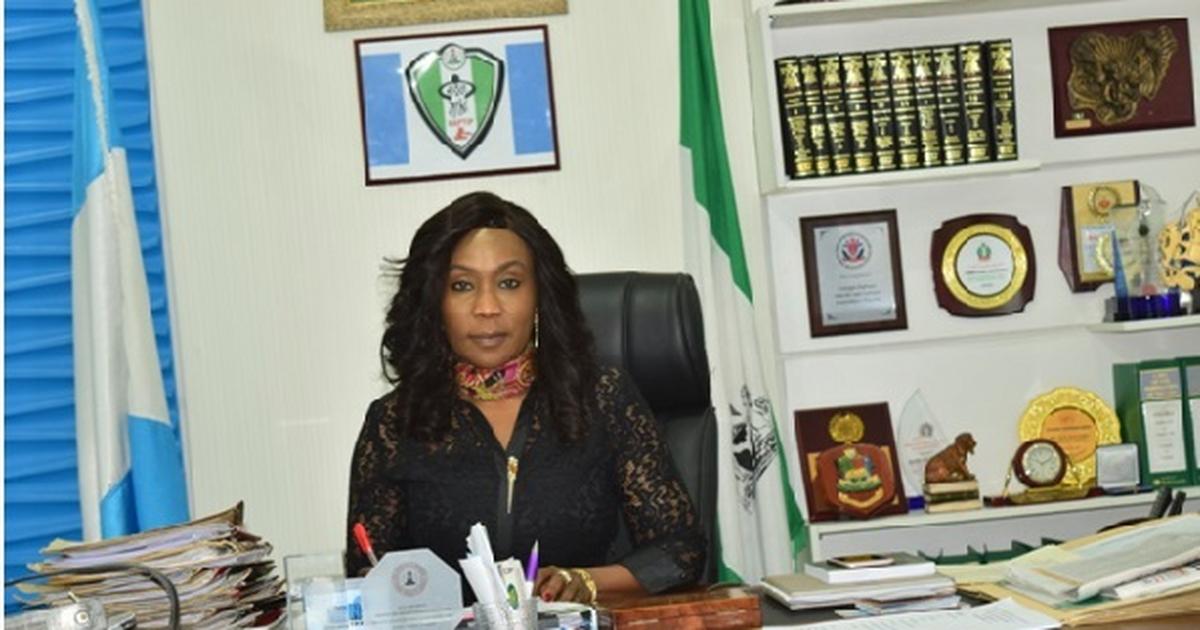 The Director General of NAPTIP, Dame Julie Okah-Donli, disclosed this at the State House, Ikeja during the inauguration of the Lagos State Task Force on Human Trafficking.

Okah-Donli said that almost all the states in Nigeria were affected by irregular migration and human trafficking.

“However, Lagos State is endemic for trafficking of children and adults for domestic servitude, sexual exploitation in brothels, street begging and street trading, as well as other forms of exploitation because of the cosmopolitan nature of Lagos.

“From 2004 to July 2020, a total of 1,535 indigenes of Lagos State have been rescued by NAPTIP and her partners, consisting of 1,324 females and 211 males, mostly from Ikorodu, Ajeromi-Ifelodun, Agege, Alimosho, Eti-Osa, Epe and Badagry Local Government Areas.

“These victims were mostly subjected to child labour, domestic servitude and sexual exploitation.

“Significantly, between 2017 and 2020, the International Organisation for Migration (IOM) returned 1,349 indigenes of Lagos from various parts of the world, especially Libya, Mali, Niger and parts of Europe. This comprised 1,180 females and 169 males,” she said.

According to her, in the year 2020 alone, in spite the challenges posed by the COVID-19 pandemic, NAPTIP rescued a total number of 18 indigenes of Lagos State from traffickers, comprising of 16 females and two males.

Okah-Donli said that another worrying trend was the trafficking of young Nigerian women to the Middle East, especially Lebanon, Oman, Saudi Arabia, UAE.

She said that between March and August 2020, NAPTIP facilitated the repatriation of 355 young women from domestic and sexual servitude in Lebanon, out of whom, six were indigenes of Lagos state, while 42 others were resident in Lagos.

The NAPTIP boss said that the repatriation was in collaboration with the Ministry of Foreign Affairs, Nigerian Embassy in Lebanon, Federal Ministry of Humanitarian Affairs, Disaster Management, and Social Development, Diaspora Commission, National Emergency Management Agency and IOM.

She said that the problem of human trafficking and irregular migration had become of great national concern especially with the large number of Nigerians trapped in sexual and labour exploitation in various African and European countries.

Okah-Donli said that the number was apart from the hundreds that continued to die in the Sahara Desert and the Mediterranean Sea.

She said that in 2019, reports emerged about human farms in some parts of Libya where black African migrants were allegedly kept in cages like animals and organs like eyes, kidneys, and lungs were harvested to service the medical sectors of Europe.

According to her, in December 2018, NAPTIP undertook a Fact-Finding Mission to Mali.

“The report of the mission painted a very gory picture of more than 20,000 young Nigerian girls who are victims of trafficking and sexual exploitation in bush camps around Mali’s mine fields.

“In the first week of March 2019, I personally followed up with a visit to Mali and my worst fears were confirmed.

“Human Trafficking represents a clear and present danger to human and national security which must be addressed boldly and frontally,” she said.