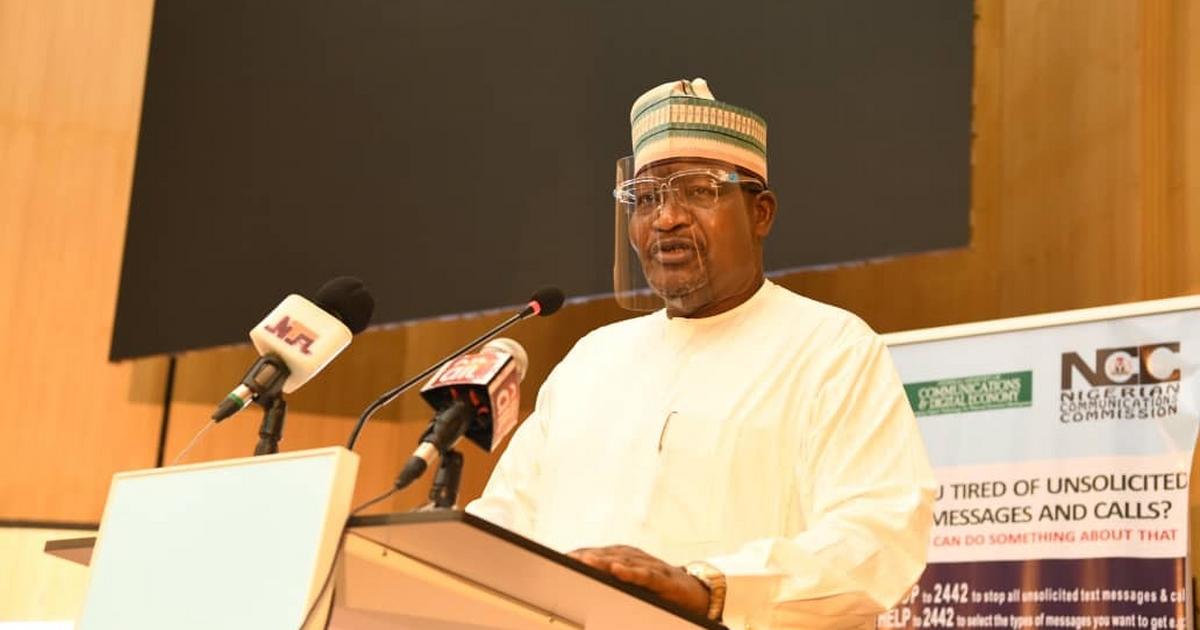 Danbatta also said that NCC had continued to collaborate with academics to support the development of the innovative services and life-changing solutions with the use of information and communications technologies to promote indigenous content.

“The Commission has so far released N336.4 million as research grants to the academia and has endowed professional chairs in two Nigerian universities.

“More importantly, we have empowered the Nigerian youth by promoting their ingenuity and innovation in the development of locally-relevant technology solutions.

“The latest of such was the 2020 NCC Virtual Hackathon, where we gave N9 million in grant to three top promising tech startups for solutions, aimed at addressing the impact of COVID-19 and diseases in thematic areas of health, community, productivity, economy and transportation.’’

Danbatta said that the broadband penetration in 2015, when he first assumed office as Executive Vice Chairman, was six per cent.

The News Agency of Nigeria (NAN), recalls that when Danbatta first tenure ended, he was re-appointed in June and confirmed by the Senate on July 21.

According to Danbatta, the broadband penetration as at July is 42 per cent.

“This achievement is as a result of key policy initiatives to improve broadband penetration embarked upon by the Commission.

“These include increasing the number of licenced infrastructure companies (InfraCo), to six across the geo-political zones,’’ among others.

Danbatta said that the Commission was currently finalising six InfraCo counterpart funding agreements to ensure the full rollout of broadband infrastructure on an Open Access Model.

He said that this would ensure there was Point of Access in all the 774 local government areas in the country.

The executive vice chairman said that the drive to boost broadband penetration yielded fruit as the subscribers’ base stood at 199.31 million as at June.

Danbatta also said that teledensity rose to 104.41 while the sector contributed 14.2 per cent to the GDP in the second quarter.

On his focus for the next five years, Danbatta said that he hoped to deepen the broadband penetration drive.

“We want to continue to protect consumers and ensure they have value for their money.

“We want to continue to support and fast-track the digital economy drive of the Federal Government and this has led to the creation of a Digital Economy Department in the Commission,’’ Danbatta added.