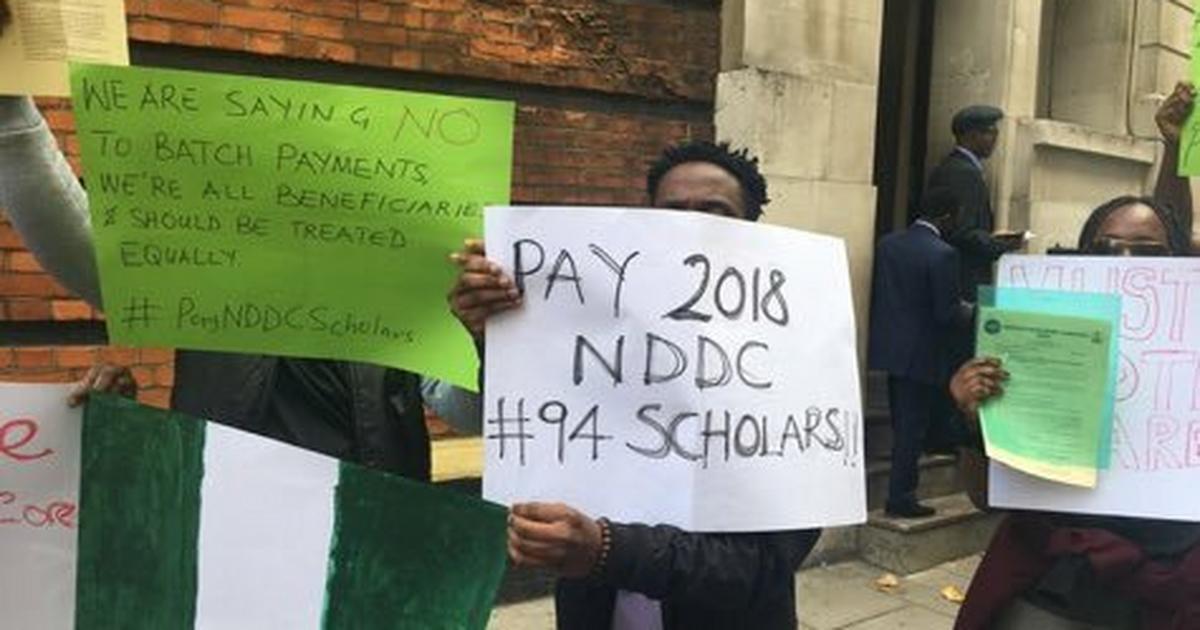 Dozens of scholars had protested at the Nigerian High Commission in London early in August 2020 over the failure of the NDDC to pay their fees spanning months and years.

The protests prompted President Muhammadu Buhari to direct the agency, dogged by corruption probes, to pay the students.

However, over two weeks after his announcement, scholars of the 2018 batch returned to the High Commission in London on Wednesday, September 16 to accuse the agency of neglect.

In anticipation of the protest, Odili in a statement last week dismissed the demonstrators as frauds hired by powerful individuals who are part of systemic corruption uncovered by the NDDC’s interim management committee.

He said the $900,000 paid by the NDDC as obligation to its scholars in 2018 has suspiciously risen to $5.99 million recently, with an additional demand for $3 million.

He said the agency was being blackmailed and intimidated to make payments without verification of scholars on its payroll.

“The mission and goal behind this planned protest is patently dubious, mischievous, underhand and potentially criminal,” Odili said.

In response, the scholars said the discrepancy in payment trend is because the commission has been selectively paying scholarship beneficiaries for years.

They said scholars have already been verified, and accused the NDDC of openly refusing to obey Buhari’s directive to pay them.

“We have no interest in the audit or in NDDC’s in-house politics either.

“We are ambassadors for the Niger Delta region and all we are seeking is the payment of our tuition fees and upkeep stipends.

“This is our only goal as many of the scholars are in dire strait, indebted, and in despair,” they said.

Odili said last week officers of the commission will travel to the United Kingdom later in September to verify the unexplained discrepancies by visiting the universities where scholars are studying for various Masters and Doctorate degrees.