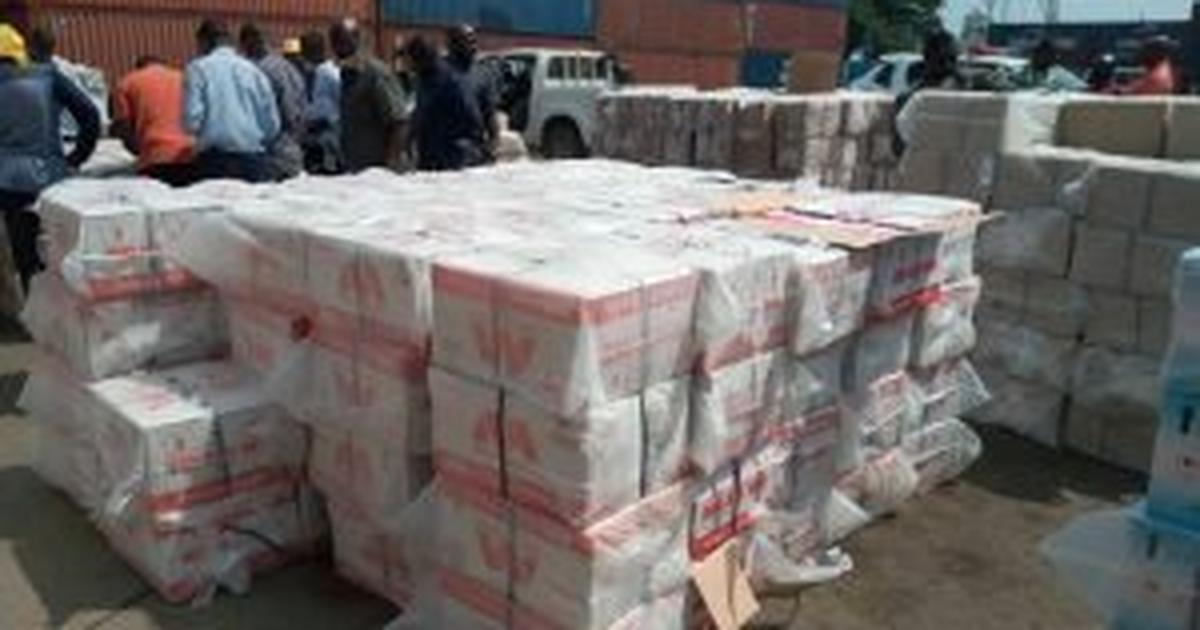 Achema said that the drugs, which were destined for Istanbul, Turkey, barely few days after resumption of international flights, was an unusual drug trafficking trend.

He said that the command made the seizure from Mr Michael Chukwuka, during the outward clearance of passengers boarding the Turkish Airline flight to Istanbul, Turkey.

According to him, the usual trend is the illegal importation of Tramadol from Pakistan and India into the country and not the exportation of illicit Tramadol.

“The seizures are made up of 1.250 kilograms of Tramadol and 350 grams of flunitrazepam and were concealed in two Ghana-must-go bags.

“The Tramadol are in 200, 225 and 250 milligrams, respectively. These are above the 100 milligram threshold permissible for legitimate use and anything above is illegal.

“Chukwuka, aged 36 and an indigene of Imo State, claimed to be ignorant of the content of the bag.

“And that he was given the bags at the Airport entrance in Abuja to deliver to a Nigerian woman who deals in food stuff in Istanbul.

“He said he did not know the woman but one Mr Paul, her husband in Warri, gave the consignment to one man to bring to him at the airport,” Achema quoted him as saying.

Achema, however, said that the suspected drug trafficker who worked in a Cargo Office in Istanbul, had lived there together with Paul for many years.

He said that the suspect travelled to Nigeria in March and got trapped by the Coronavirus pandemic during which period, he equally became cash-strapped and had to reach out to friends to enable him validate his return-ticket.

According to him, we are equally determined. Most importantly, we need to be extra-vigilant because smuggling Tramadol to Turkey was strange.

“This is suggesting that there is an emerging tramadol market in some of these countries,” Tsakuwa noted.