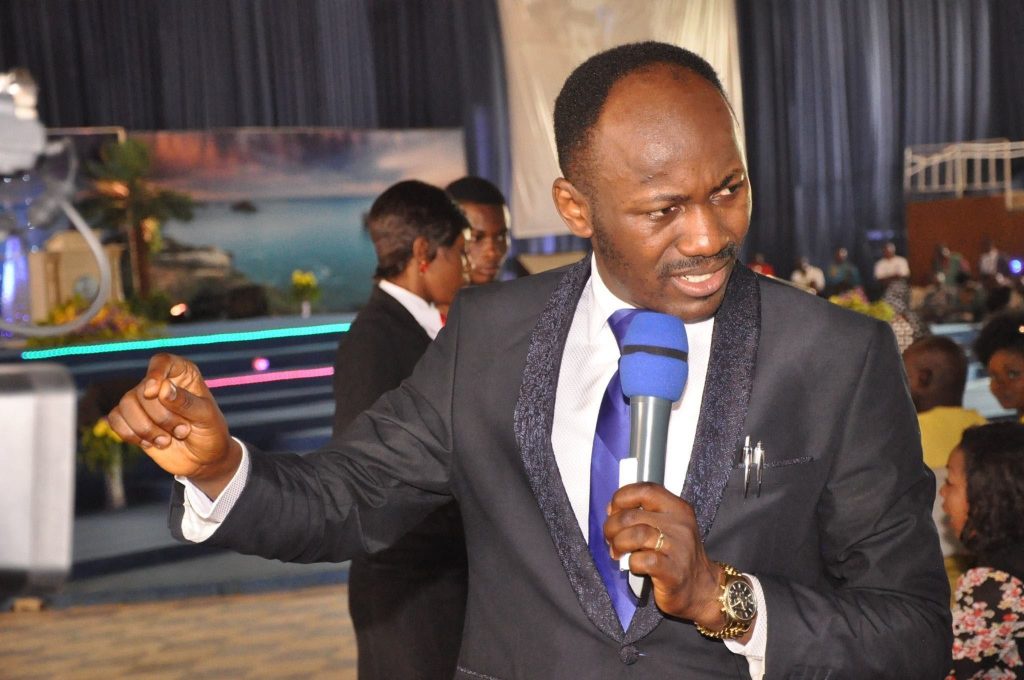 Apostle Johnson Suleman of Omega Fire Ministries, has reacted to the death sentenced passed on a 30-year-old singer for blasphemy.

Suleman lamented that Nigeria which pardoned Boko Haram terrorists could sentence a man to death by hanging for blasphemy.

An Upper Sharia Court sitting in Kano had convicted Yahaya Sharif-Aminu, to death by hanging for comments against Prophet Mohammad.

The trial Judge, Khadi Muhammad Ali-Kani had ruled that Sharif-Aminu’s audio remark against Prophet Mohammad was against Islamic law and was sentenced to death by hanging.

Reacting, Apostle Suleman in a tweet wrote: “A country that pardons terrorists wants to kill a man for blasphemy. I am sure even Saudi Arabia is shocked. The worst form of deception is self-deceit.”

Recall that the Nigerian government had recently graduated and reintegrated 601 repentant Boko Haram members into the society.

NairaPlay reports that the repentant terrorists reintegrated into the society included those from Cameroon, Chad and Nigeria.