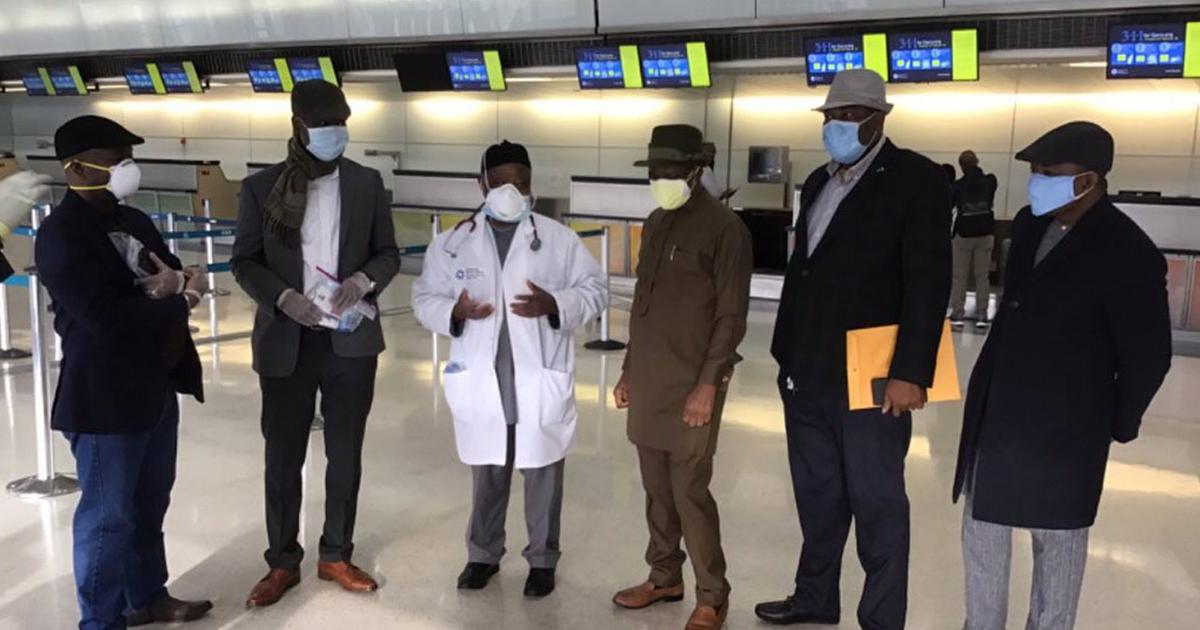 According to the report, the delay started after the evacuees had already boarded the plane, leading to a protest by the passengers “held hostage without air conditioning”.

Reacting to the allegation, the Consul General of Nigeria in Atlanta, Mrs Aishatu Musa, said consular officials had nothing to do with sale of tickets.

Musa explained that the evacuees booked their tickets online and made payments directly to the airline.

She stated that the consular officials were only on ground to ensure the passengers complied with the Federal Government’s COVID-19 guidelines and to render needed consular assistance.

While admitting that the flight was actually delayed after the passengers had boarded, the envoy said Nigerian officials were not responsible.

She explained that the flight was originally scheduled to depart the Bush International Airport, Houston, Texas, at 3 p.m., but checking was concluded around 3:52 p.m.

She said: “The airline manager told me that U.S. Customs and Border Patrol (USCBP) officials conducted another check on the passengers at the boarding gate, because they must have received certain information.

“The passengers concerned had to be brought out along with their luggage, and searched, and this was what caused the delay.

“One person was taken away by the USCBP officials because he was carrying too much money.

“Those already on board started complaining of heat and became agitated since the aircraft could not operate in full capacity to cool the cabin.

“Some passengers said they were no longer ready to travel and asked to disembark from the plane, and this caused further delay”, she said.

The consul general slammed the writer of the online report for unprofessionalism, saying he could have contacted the consulate to verify his information before publishing.

In a statement, Musa said the flight was fully booked initially with 307 confirmed adult passengers, according to the manifest forwarded to the consulate by the airlines.

“But the actual flight manifest had 285 adult passengers and 28 infants, who arrived Abuja and Lagos on Aug. 16.

“Four evacuees disembarked, six were not allowed to check in due to non-presentation of valid COVID-19 negative test results and one was taken away by USCBP.

“These brought the total number of people who did not travel to 11,” she said.