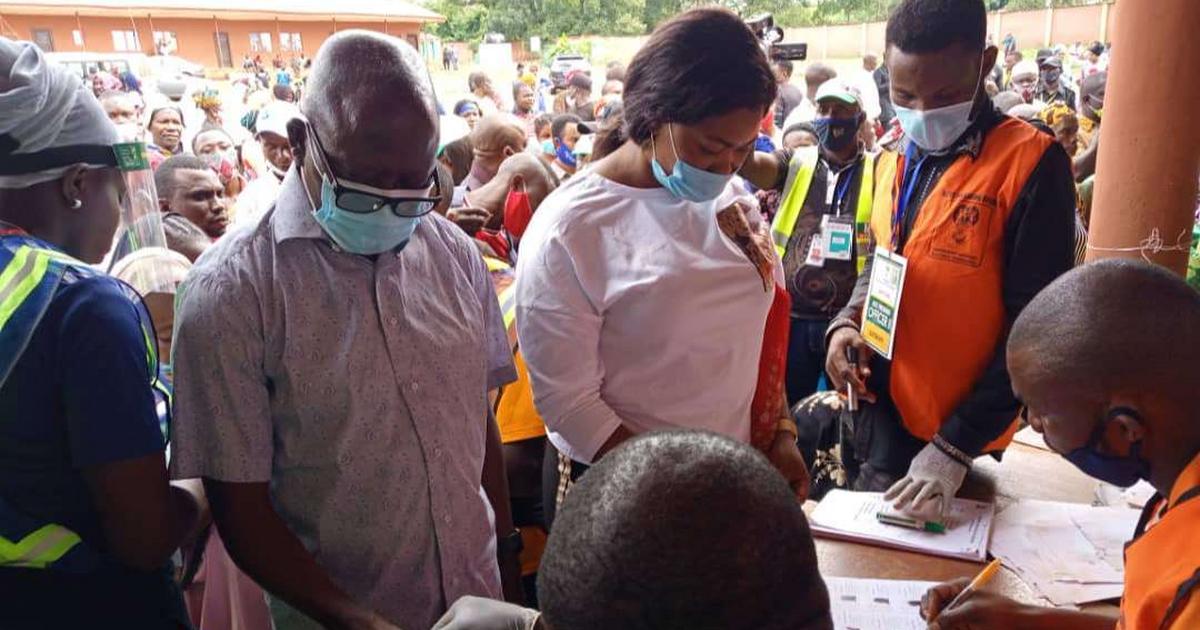 However where the governor could not get a vote, the All Progressive candidate, Pastor Osagie Ize-Iyamu polled 1,201 votes at the same polling unit.

While addressing journalists after casting his vote, Oshiomhole had expressed satisfaction with the large turnout.

He said, “Since 1999, this is the highest turnout that I have seen. Elderly women and men turned out impressively.

“The turnout showed that people have shown that they are ready for democracy. My only disappointment so far is that the machine is not working.

“The INEC officials have reported but they have not brought a new machine. This exercise is supposed to have a closing time. If they are doing this in my ward, it means that somebody wants to remove the number of voters here. But I have told them (voters) to stay here, they have a right to vote.

“Nobody should come here and be unable to vote because of INEC’s failure. I cannot believe that this is an ordinary error because before bringing the machine here, you should have tested it. I pray that INEC should be able to regularise them (the machines).

Earlier, Crusoe Osagie, the Special Adviser on Media to Governor Godwin Obaseki the governorship election in the state.

In a statement on Saturday, the governor’s aide lamented an alleged election manipulation in areas he believes are Obaseki’s strongholds.

Osagie said INEC disenfranchised voters in such areas through manipulation of card readers.