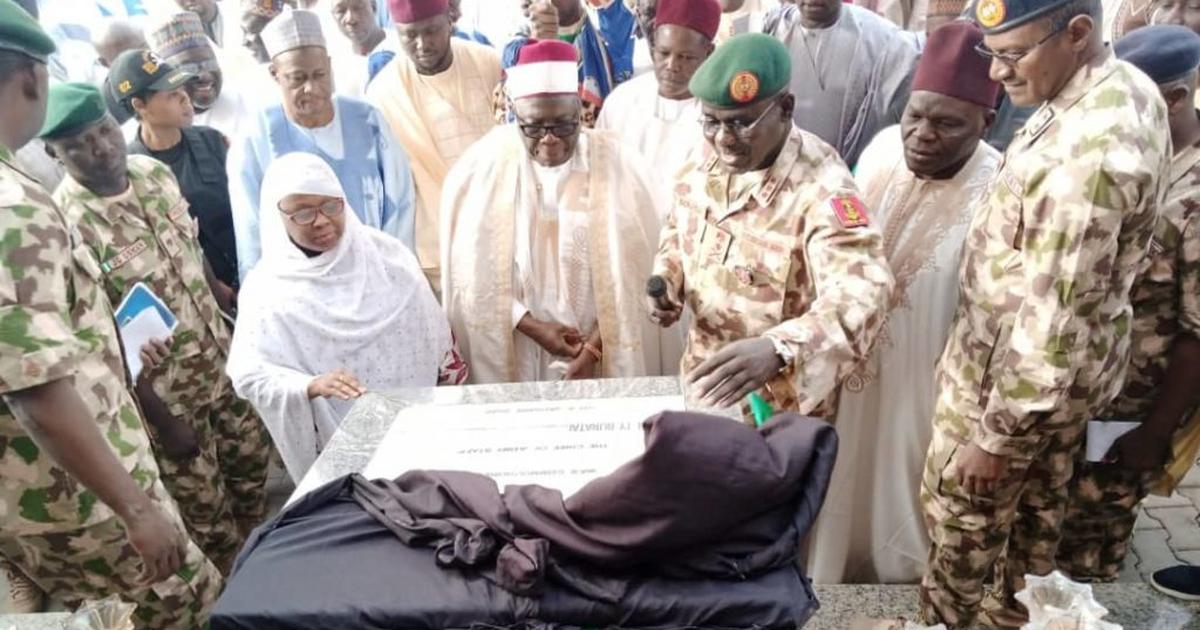 Established in 2018, the institution is already famed as a centre of excellence spearheading scientific and technological breakthroughs, comprising of both military and civilian population.

According to NEPA, establishing the university is a confirmation of President Buhari’s genuine commitment to peace and development in the region.

In a statement signed by its National Coordinator, Yusuf Bala, on Friday, the NEPA said the president has kept his promise, not only stamping out insurgency but bringing development to the North-East.

According to the group, the siting of the university in Biu, once known as Boko Haram’s major stronghold, is a clear indication that peace and normalcy have returned.

“One remarkable thing the government of President Buhari has done is the establishment of the Nigeria Army University Biu (NAUB). For those who may choose to forget history very quickly. Bui was actually a major theatre of war in the early days of the Boko Haram crisis. Attacks in Bui Local government area was almost on a daily basis pre-2015,” the statement reads in part.

“It is, therefore, heart-warming that not only has peace returned to the community but, development is now coming to Bui. You can only imagine the excitement, relief and joy in the hearts of residents of Bui when the announcement of the establishment of the university was made.

“The university has turned out in this very short time a pride to behold. The level of infrastructural development is simply amazing. A visit to the university will confuse anyone that is told that this university is barely 2 years old.

“It is one thing to promise development, it is yet another thing to deliver quality developmental projects. We the North-East Peace Ambassadors consider the establishment of this university in Biu at this time as a great show of commitment by Mr President to the true development of the North East”.

The North-East Peace Ambassadors say the impact of the institution would transcend academics.

“The immediate and larger community are going to immensely benefit from the university location. Already there are private hostel projects springing up in the town already. Food vendors, clothing, service provider etc are all going to be beneficiaries of this project,” the statement added.

“Many youth of the area are going to be employed directly and indirectly. This is very critical for the rebuilding of the area. People are getting a sense of livelihood again. We are talking about people who perhaps had spent several months or years in IDP camps feeding on hand to mouth, same people now gainfully employed. That is what we call a turn around the development.

“We are indeed elated at projects like this and we believe this is just the beginning of good things to come as promised by the Chief of Army Staff during the commissioning of new faculty buildings that were commissioned recently. At the pace the university is commissioning projects, we can only imagine the level of development that will be on the ground in another 3 years.

“Beyond physical development and socio-economic activities in communities around the university. This university will also help to address the educational gap between the northeast region and the rest of the country. Education is a very important ingredient in human development plus a very important component in the fight against terrorism. The war against terrorism is an ideological war and therefore education is very crucial in the development of the mind of the people of the northeast region.“

The group, however, thanked President Buhari for what it described as a “legacy project”, adding that “history and posterity will definitely be kind to him”.