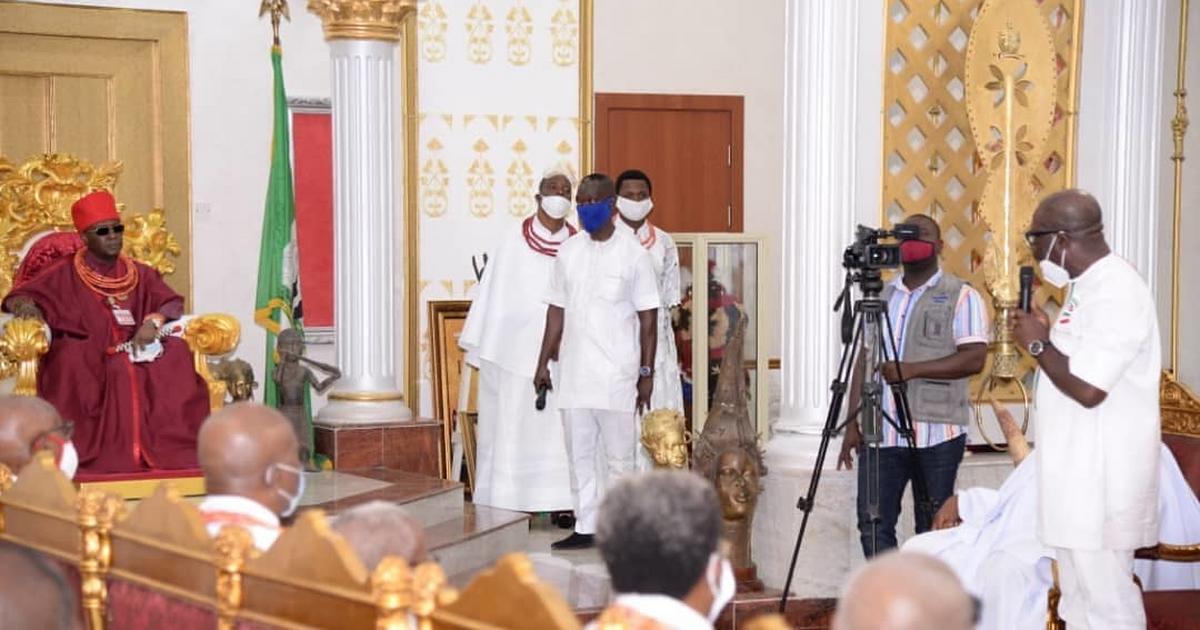 Obaseki made the switch in June in order to realise his re-election ambition.

The build-up to the election has been typically violent, with thugs fomenting trouble at every opportunity.

During a peace meeting, with both camps in attendance, Oba Ewuare II expressed his displeasure concerning the political tension and rising violence in Edo ahead of the election, and appeared to suggest that Obaseki and Shaibu are the protagonists of it all.

“I’m not happy about this. When you did not let me resolve the issue between you and your friend, Comrade, before it got to this point. If we had done it that time, we will not be sitting here now. Everything would have been smoother than this,” the Oba said, referencing the squabble between Obaseki and his predecessor Adams Oshiomhole which led to Obaseki’s defection to the PDP.

Oba Ewuare II added that “It will be good to look beyond your office because you’re not going to be there all the time. You see the elder statesman there, Chief John Odigie-Oyegun? He was once a governor too.

“He’s not there now. So, everybody knows that it is transient. Look at how one day when you are no longer the governor everyone can sit and still give you respect. More respect even.” 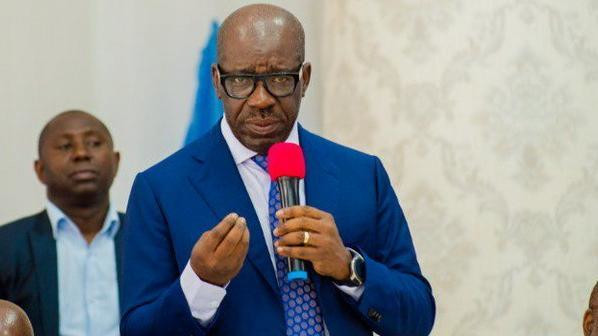 In his response after the visit to the palace, Obaseki said “HRM sought for assurances from all political gladiators and a halt to the rising shooting and violence in the state and ensued for peace between one and all.

“On my part, I assured the royal father that as the executive governor and chief security officer of the state, I have sworn to uphold the constitution of the Federal Republic of Nigeria and protect the lives and property of our people.

“Having committed enough resources to ensure safety of the citizens of our state, I will never encourage violence, as it would be irresponsible of me to do anything which would lead to the breakdown of law and order.” 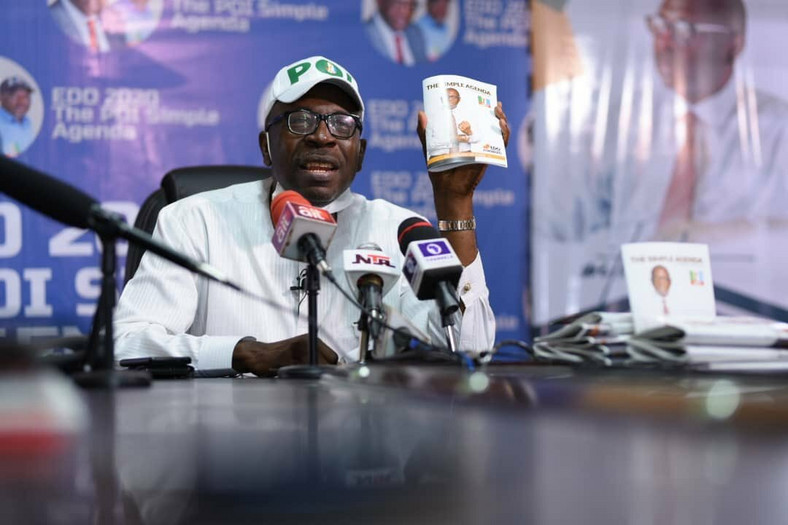 Ize-Iyamu who attended the peace meeting as well said, “I am grateful to our father, the Oba of Benin, Oba Ewuare II, for his fatherly intervention and timely call for peace. Ovbi’Oghonwan nei bun aro – Oba gha to kpere, ise!

“We have heard his candid message, and we, the APC, will continue to maintain our peaceful approach and rally the people, across party lines, to shun divisiveness and respect the laws guiding the electoral process. We are one people and politics cannot divide us.”

Elections in Edo have always been violent affairs.