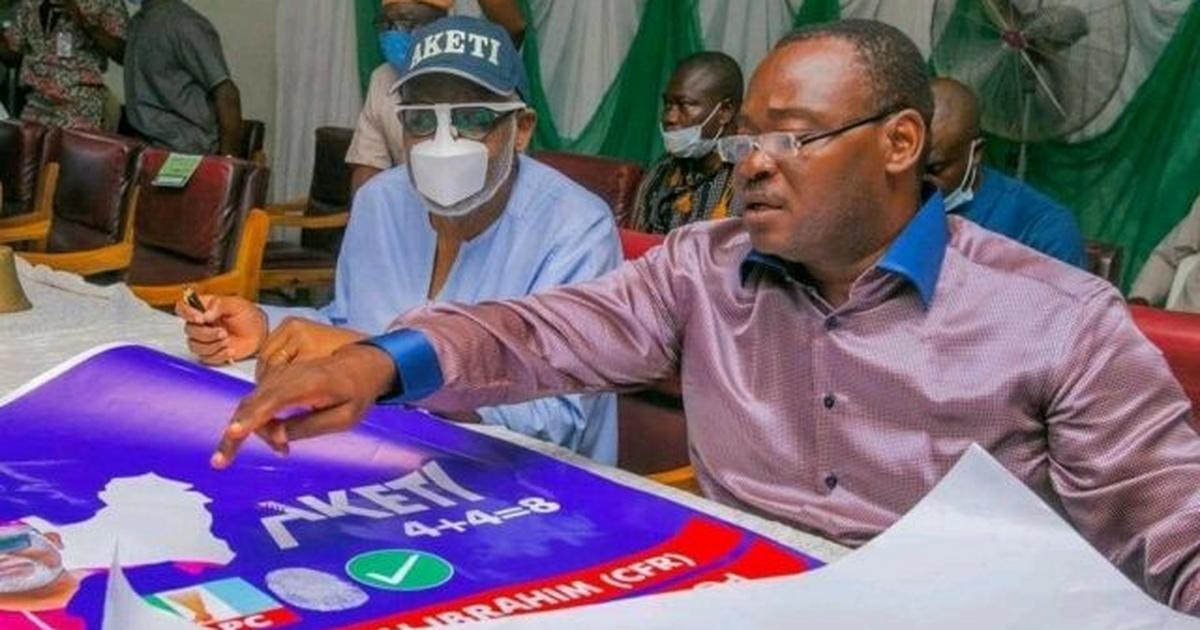 Ibrahim, who was presented with APC membership card number 12852630 in Igbotako, Okitipupa Local Government Area (LGA) of the state, said that he defected to the APC to work for Akeredolu’s re-election bid.

The business mogul and politician, who was a factional PDP candidate in 2016 governorship election, said that he would deploy resources to ensure Akeredolu re-election.

“Today, I am officially joining the APC and donating the campaign vehicles to support Akeredolu; I will pull resources and do everything humanly possible for his re-election because of his impressive performance in the state.

“I brought PDP into reckoning in the state and I will as well withdraw my support from the party, I will channel resources to dislodged PDP and other parties in the state in favour of Akeredolu. What happened in 2016 will replay again for Akeredolu to win.

“I urge all residents in the Southern district to go out emasse and vote for APC on Oct.10,” Ibrahim said.

Akeredolu, while receiving Ibrahim to APC, lauded him for joining the APC and donating the campaign vehicles at the crucial time.

He expressed his appreciation to Ibrahim for his show of love.

The governor described Ibrahim as a helping angel who chose to help against all odds.

“Indeed, I was so happy for this rare show of love of Ibrahim because he acted like an angel sent to me.

“I urge all residents to ensure you go all out to vote APC in the coming election,” Akeredolu said.

NAN reports that Ali-Modu Sherrif, a former governor of Borno State, Ade Adetimehin, the state APC Chairman, party chieftains and supporters from all the 18 LGA’s, government functionaries and traditional rulers were present at the ceremony.