The APC governorship campaign in Ondo State is scheduled to officially begin on Sept. 5, at Akure, the state capital.

He said they had earlier met with President Muhammadu Buhari to formally receive the party’s flag and seek for the President’s blessing.

“So, we just finished with the president and we also felt it is important to give same courtesy to the vice president. 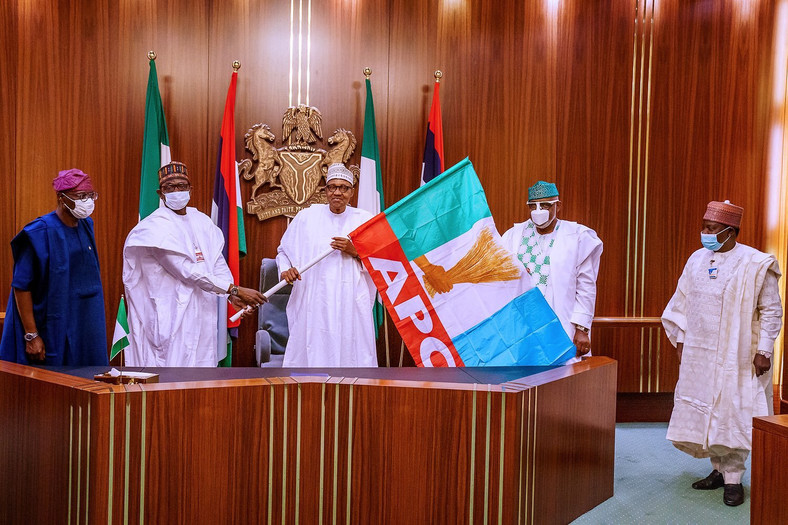 “To seek for his blessing and to get all their support as we are starting off with the campaign from tomorrow; that is the main purpose of our coming,’’ he said.

On his part, Akeredolu, who is seeking re-election on the platform of APC, said he believed that what God had enabled him to do in the state would speak for him.

He said that his administration had touched several facets of lives in the state and was particularly proud of the achievements in the area of infrastructure.

“I think we pride ourselves as one that has done a lot of infrastructure. We had infrastructural gaps that we have bridged and that is why a lot of people talk about it and call me Mr Infrastructure.

“You need to be there; we have turned the whole of Ondo State into a construction site; and work is going on everywhere.

“We have done marvelous work; be it dual carriage roads; be it bringing down several hills; there is for instance, in Ikare, we have what we call the Alagbotito Hill, it was brought down; it is leveled now.

“People are happy; look at Ore; we have massive interchange in Ore, which we call it the Redemption Bridge; those are part of infrastructure.’’

Akeredolu said that his administration had also embarked on industrial development with the Ondo-Linyi Industrial Park which President Buhari came and inaugurated.

According to him, there are six companies that are functioning well in Ondo-Linyi.

“We have Marine Density Fiber board (MDF), Singapore Business Federation (SDF); we have cassava tray canon and a lot many other things.

“After so many years of Nigeria groping in the dark, whether or not we want to explore our bitumen, today, we have people right there, working, mining and exploring our bitumen.

The Ondo State governorship election comes up on Oct. 10.