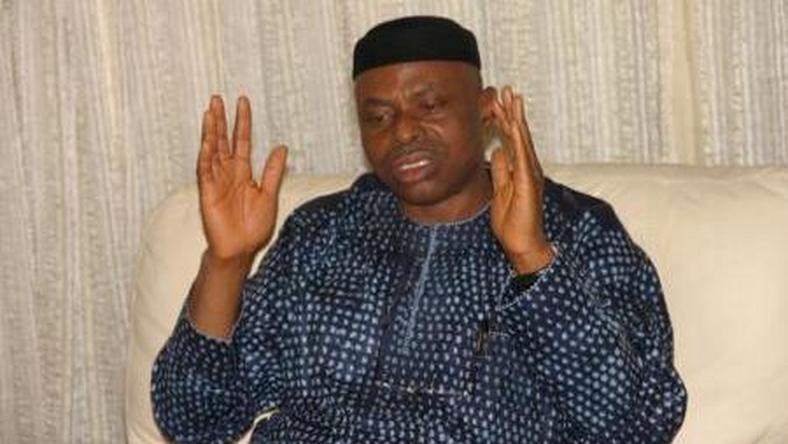 Nabena said that ZLP was one of the political parties contesting the forthcoming Oct. 10 Ondo State governorship election.

According to him “Mimiko was first elected as governor of Ondo State on the platform of Labour Party on Feb. 24, 2009.

“He contested as the Labour Party candidate and was re-elected on Oct. 20, 2012, for a second term in office, making him the first governor in Ondo State to win a second term election since 1999.

“He, however, later defected to the Peoples Democratic Party (PDP) before the end of his tenure as governor in February 24, 2017.”

He said that Mimiko controlled the Zenith Labour Party as its sole administrator.

Nabena said that it was therefore, not surprising that the entire governorship campaign of the ZLP was centred around Mimiko rather than its supposed governorship candidate, Agboola Ajayi.

“Perhaps, Mimiko deludes himself that the good people of Ondo State have forgotten how they were subjected to his arbitrary, tyrannical and dictatorial actions when he governed the state.

“It is on record how Mimiko factionalised his then political party, the Peoples Democratic Party (PDP) for his political divide and rule tactics in the party and government,” Nabena said.

According to him, under Mimiko, government projects and patronage were distributed based on political servitude not priority needs of the state.

He said that this could be the reason most of his associates ditched him and were now front line leaders of the APC, in firm support of its candidate, Gov. Rotimi Akeredolu, the state’s incumbent governor.

Nabena said it was understandable that the ZLP’s governorship candidate had nothing substantial to campaign on after joining several political parties to purchase their governorship ticket to contest the Oct. 10 election in Ondo state.

“For us in the APC, the good governance credentials of our candidate, incumbent Gov. Rotimi Akeredolu is visible to all, particularly in the area of infrastructure, agriculture, human capital development, industry, and entrepreneurship, among others.

“This is the focus of our well received campaigns.

“Ondo State has witnessed unprecedented and massive infrastructural developments, culminating in over 300 kilometres of critical roads being constructed and rehabilitated,” Nabena said.

According to him, Ondo state is one of the model states that is successfully domesticating and implementing the diversification and agriculture drive of the APC government with over 6,000 trained “Agripreneurs”.

He said that the Ondo people had confidence in Gov. Akeredolu, who signed into law, a contributory health insurance scheme which enables all classes of people in the state have access to affordable health care services.

Nabena added that under Gov. Akeredolu, the people of Ondo state were better off and were poised to overwhelmingly return him to continue his administration’s good work, come Oct. 10.