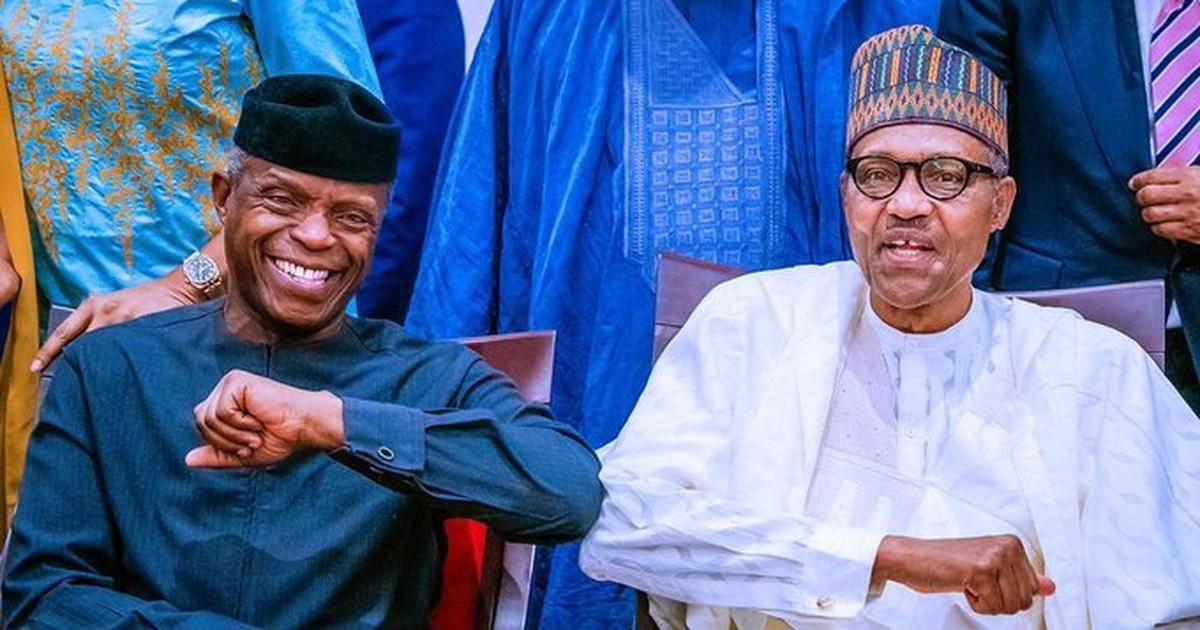 This will necessitate an overhaul, at least, to save the country and its distinguished men and women from the embarrassing publication of falsehoods and fairy-tales by malevolent authors masquerading as editors, publishers and bloggers.

Although the truth remains sacred, in some cases the damage is usually done – lifetime achievements, hard-earned reputations, long preserved legacies/names, destroyed before the true nature and intent of such malicious and false publications are unearthed.

But in an era of pervasive social media consumption, correcting the wrongs becomes a herculean task.

A classic example of the aforementioned is the campaign of calumny against the person of Vice President Yemi Osinbajo perpetrated by some opposing political interests through a section of the media.

Over the past 12 months, some media outfits engaged in the publication of unsubstantiated and outright baseless reports aimed at bringing to disrepute the person and office of the Vice President of the Federal Republic of Nigeria. 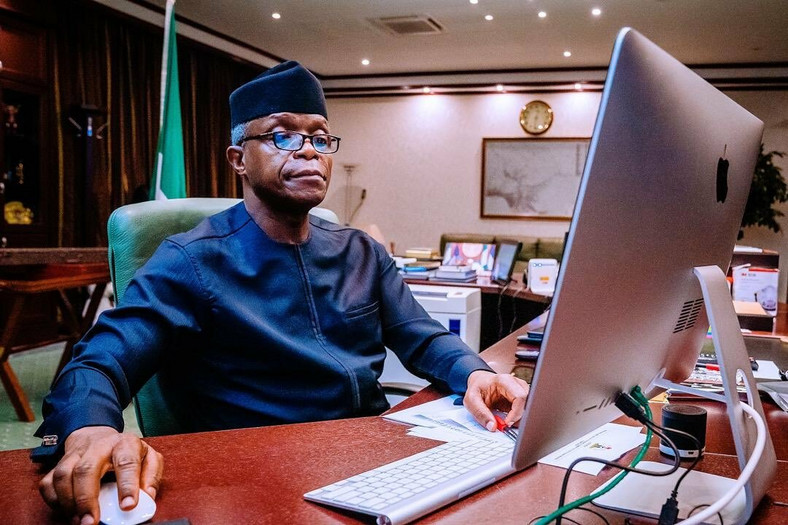 Though the media groups erred in pushing those ‘cock and bull’ stories, considered recognition of their courage and self-humility to apologise is not out place.

At least, when they were confronted with their errors, they were honourable enough to retrace their steps.

Even though literally all of the stories have been retracted and apologies tendered to the Vice President by those concerned (Vanguard, BusinessDay, Daily Sun and Wazobia FM), there is the need to revisit the enforcement of Cybercrimes (Prohibition, Prevention, Etc.) Act of 2015 to regulate the social media space in the country.

The enforcement of this act will go a long way in addressing some of the emerging issues in the social/online media space namely; the publication of falsehoods; deliberate act of sabotage; cyber bullying etc. There should be consequences for such actions.

For instance, when on September 23, 2019, Vanguard newspaper published, on its website, a story alleging that the Vice President received N90 billion from FIRS for the purpose of the 2019 elections, the organization was not sanctioned after it was found that the allegations were false.

However, on September 25, 2019, the medium published a retraction and an apology to the Vice President.

It said: “on our website publication of Monday, September 23, 2019, we published a story titled “N90 billion FIRS Election Fund: Osinbajo’s problem, not 2023 politics.” We have since discovered that the story lacks factual substance and we hereby retract it in its entirety.

“We tender our profound apology to Prof. Yemi Osinbajo SAN, the Vice President of the Federal Republic of Nigeria on whom the story touches directly, the All Progressives Congress, A.P.C. and the FIRS for any inconvenience or embarrassment the publication has occasioned them. We hold Professor Osinbajo, S.A.N. in the highest esteem.”

In the same vein, on October 2, 2019, another media outfit, Wazobia 95.5 FM, having mentioned the same story on one of its programmes “Dem say dem say”, aired on September 4, tendered an unreserved apology to the Vice President for the wrong done to him through the station’s broadcast of the fake story.

In yet another instance, the BBC News Pidgin Service pulled down a false story published on its website on July 8. 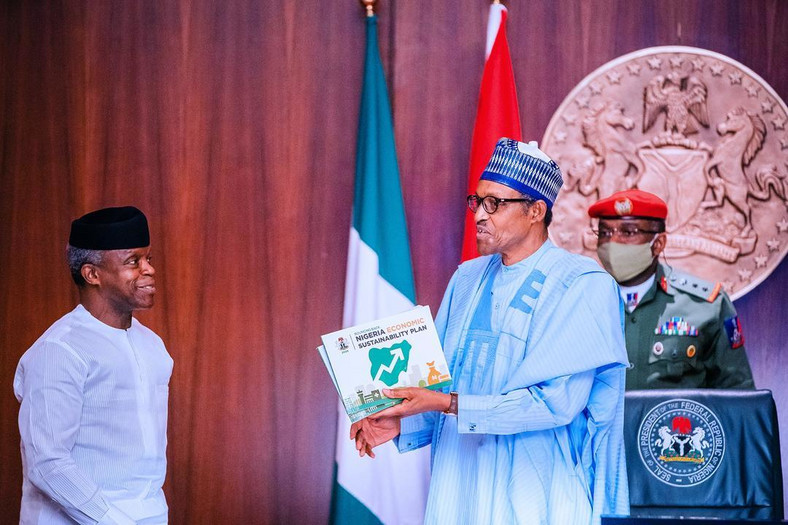 It had reported a statement attributed to fake news merchant, Jackson Ude that Prof. Osinbajo received N4 billion from ex-EFCC chairman, Ibrahim Magu. The medium, in what is seen as a smart but face-saving move, replaced the story with reactions to the allegations by lawyers to the Vice President.

Most recently, and precisely on August 9, 2020, a section of the media (both social and traditional media) was awash with stories attributed again to the former APC assistant publicity secretary, Mr Timi Frank, alleging an illegal withdrawal of N10 billion from the TSA by the Auditor General of the Federation, wherein some allegations of corrupt practices were made against the Vice President of the Federal Republic of Nigeria, Prof. Yemi Osinbajo, SAN.

Frank a renegade himself, was relying on the vacuous tweets of another fake news reporter, Jackson Ude. It turned out in this case that even the documents tendered by Ude contradicted the story itself!

Shamed by the emptiness of the content of the story published by its medium, BusinessDay, in its August 13, 2020 publication online, retracted the story and tendered its apologies.

“That story failed to meet the editorial standards of BusinessDay Newspaper, as we have since discovered that the story was baseless, unfounded and unsupported by any factual substance. 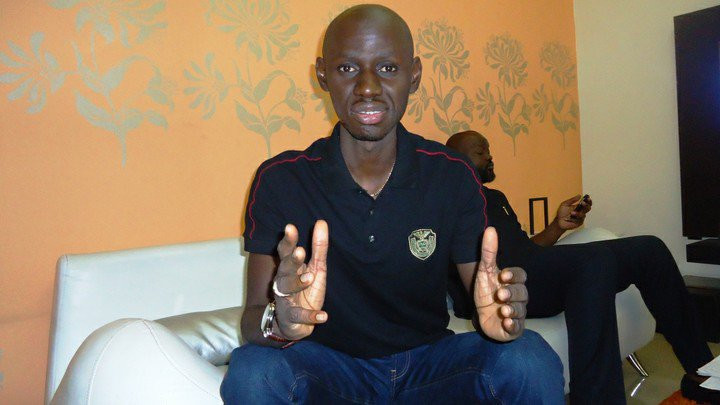 “We have already disabled the links to the story and hereby retract it completely and unreservedly. BusinessDay apologises to His Excellency, Professor Yemi Osinbajo SAN, the Vice President of the Federal Republic of Nigeria, his family, friends, colleagues and well-wishers for the unwarranted inconvenience and embarrassment the publication has occasioned.”

The paper’s apology/retraction reads thus: “On August 9, 2020, we published a story in our online platform titled: “Ex APC Spokesman asks Buhari to probe Osinbajo, AuGF over alleged N10 billion withdrawal from TSA,” wherein some allegations of corrupt practices were made against the Vice President of the Federal Republic of Nigeria, Prof. Yemi Osinbajo, SAN.

Hopefully and for the sake of public interest and good governance, the Vice President will emerge even stronger and more focused on the task of supporting the President, and ensuring that Nigeria works for every Nigerian irrespective of status.

Agreed, at least, that the organisations concerned have retraced their steps in the various publications retracting the earlier reports. The pertinent issue at this juncture is the way out of the problem.

In the case of the Vice President, his many years of service to humanity and proven integrity ensured his reputation remained unblemished despite the campaigns of calumny.

A part of the solution is in the strict enforcement of extant laws and codes such as the Cybercrimes (Prohibition, Prevention, Etc.) Act of 2015 which regulates the use of our internet resources to foster socio-economic and political development while preventing crime and abuse of human rights. 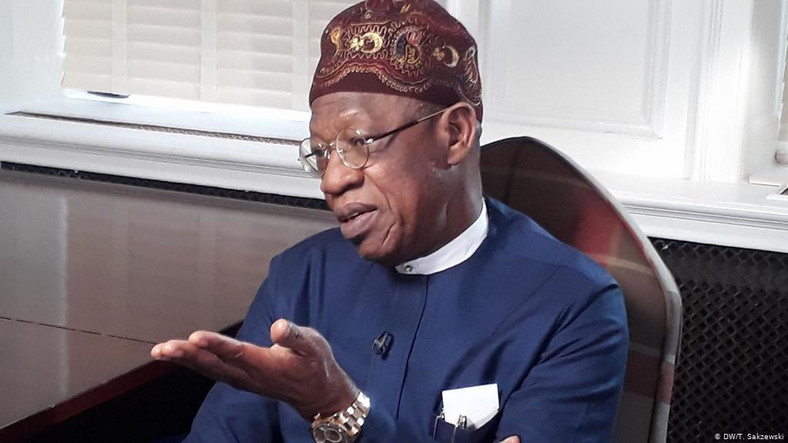 This was well articulated in Vanguard’s editorial of August 19, 2020 titled “Need for action against online pests”.

It said in the editorial that “the Cybercrime Act provides against cyberstalking and bullying. Obviously, beyond the sporadic predation of hapless young people by the police for alleged internet fraud, enough has not been done to use this Act to deal with cyber news stalkers, bullies and malicious purveyors of fake news.

“No other public figure has been more harassed than the Vice President Yemi Osinbajo. For instance, in the past few months, the VP has come under series of allegations most of which turned out to be false.”

Perhaps, as the medium’s contribution to the way forward, the paper opined that “we condemn cyber bullying and fake news in all their ramifications. While we stand firmly for freedom of the media, we believe that practitioners (including bloggers) must remain true to its laws and professional ethics.”

Certainly, responsible media practice devoid of falsehoods should be the baseline for media operations in Nigeria, especially by online media operators.

Even with the liberal press philosophies often cited as classic examples by some of the rogue bloggers, the tenets of social responsibility are still the guiding principles.

Indeed media operations in Nigeria needs to be guided (regulated) by professional ethics and codes in order to stem the tide of fake news, cyberstalking and bullying.

Ahmad Burba is a public affairs analyst. He writes from Abuja.

*The views expressed in this piece are those of the author and do not necessarily reflect those of Pulse Nigeria.