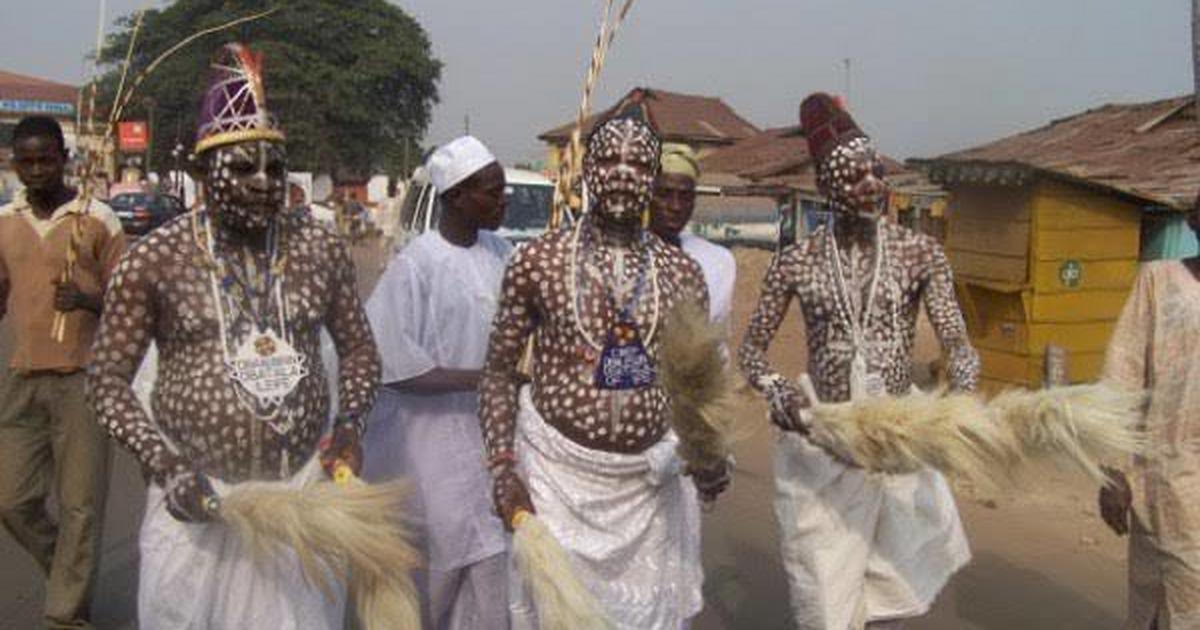 The worshippers in their hundreds, carried placards bearing different inscriptions some of which read:

“Stop discrimination against traditional religion”, Oyo is a secular state, among others.

The General Secretary of the association, Dr Fayemi Fakayode, who spoke on behalf of other worshippers, urged the state government to look into their plight and address their agitations.

“We are gathered here today to make our plight known to everybody in Oyo state. This peaceful protest is necessitated by the attitude of the Oyo state government to the practitioners of Yoruba Traditional Religion in this state.

“The present administration has refused to give the practitioners of Yoruba Traditional Religion in the state, audience despite seeking its attention through letters.

“As if the discrimination we are suffering is not enough, the state government has also deprived us of our constitutional right of having public holidays.

“We hereby implore the Muslim Community, Christian Association of Nigeria (CAN) and other stakeholders in this state, in the spirit of religious equity, to join us in our appeal to Oyo State Government to stop her game of discrimination, neglect, relegation and frustration against practitioners of Yoruba Traditional Religions in Oyo State,” he said.

Also speaking, the President-General, Isese Foundation, Chief Olukanmi Egbelade, pleaded with the state government to give adherents of traditional religion the recognition they deserve.

According to him, there is freedom of religion in the nation’s Constitution.

”August 20 of every year should be given to us as public holiday. It will add value to the economy in terms of tourism and promotion of our cultural heritage; through this, the government will generate more revenue”, Egbelade stated.

Responding, on behalf of Gov Seyi Makinde, the Executive Assistant to the Governor on Security Matters, Sunday Odukoya, promised to pass their message to the governor.

Odukoya said government was not looking down on them, saying they are part of the society.