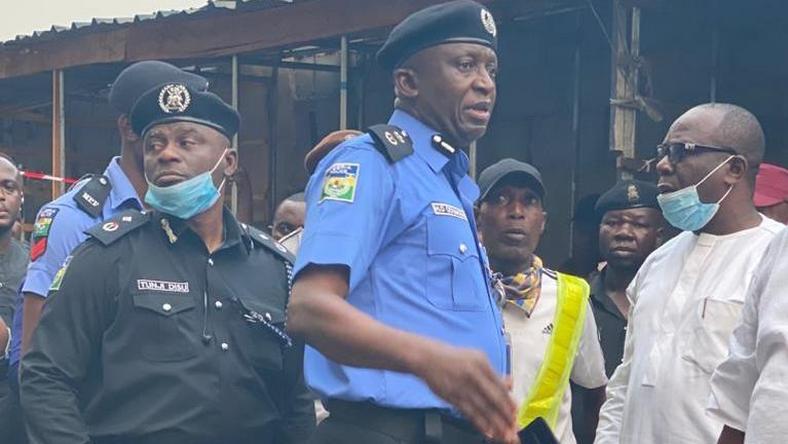 Adejobi said that the protesters put on crested vests of #RevolutionNow# with placards and gathered in numbers in violation of the COVID-19 protocol in the state.

The officer also said that the Commissioner of Police, Lagos State, Hakeem Odumosu, earlier ordered for the immediate detention and orderly room trial of one Inspector Adadu Innocent.

Adejobi said that the inspector, attached to PMF 22 Ikeja, had been detained for hitting and injuring one Mr Kayode Jaiyeola of the Punch Newspaper with a stick at Maryland, Lagos.

“An eyewitness account from senior officers on ground, revealed that the policeman suddenly attacked the journalist, without any previous altercation or confrontation.

“This propelled the commissioner to order for his trial in order to serve as a deterrent to others who are fond of engaging in unprofessional and unethical conducts,” he said.

According to Adejobi, Odumosu urged the general public to believe in the command’s commitment to sanitise and reform the policing system in Lagos State in conformity with international standards.