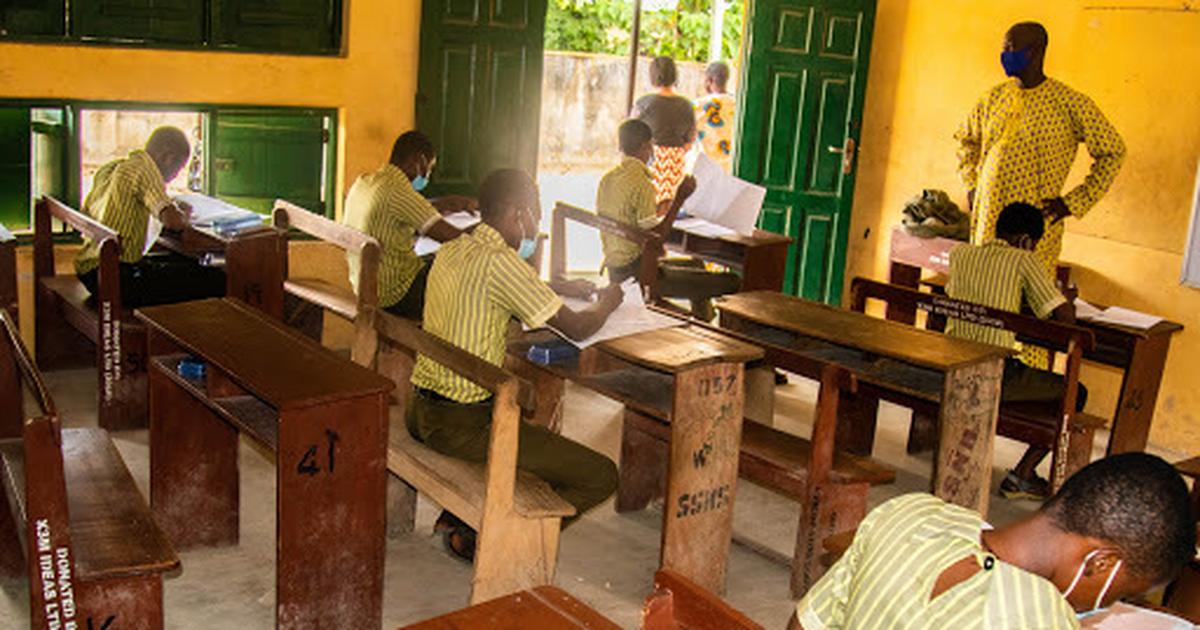 The annual exam, usually conducted between May and June, was first postponed when Nigeria shut down schools in March to combat the spread of COVID-19, the disease caused by the coronavirus.

The rapid spread of the disease was also felt in other West African countries where the West African Examination Council (WAEC) conducts examinations every year.

March’s postponement put the future of over 1.5 million registered candidates on hold as the world battled with a novel disease that has now infected over 27 million people and killed nearly 900,000 globally.

Candidates that would usually spend weeks inside classrooms being rigorously prepared for an examination crucial to their academic future were suddenly forced into a peculiar situation that wasn’t particularly ideal.

The longer restrictions remained in place, the louder agitations grew for students to be allowed to sit for their final year examinations with safety measures implemented to prevent a devastating spread of COVID-19.

These agitations resulted in an announcement early in July that examinations would commence on August 4, but this was later suspended after Nigeria’s Minister of Education, Adamu Adamu, raised concerns about the safety of students.

A series of conversations among stakeholders eventually led to an agreement in late July that the exam be allowed to commence on August 17, with students given only two weeks to be prepared by their teachers inside classrooms. 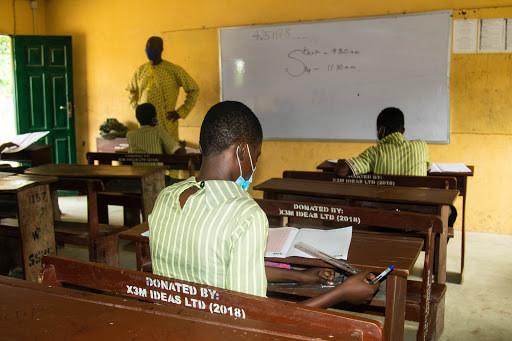 Students interviewed by Pulse had different experiences about dealing with all the twists and turns thrown at them since March.

Even though an argument could be made that they’ve had enough personal time to prepare since the first postponement five months ago, many students said they were psychologically disconnected from their final exams due to the unpleasant cloud cast by the coronavirus pandemic.

The uncertainty over when the exams were going to kick off also made it difficult for them to focus.

“It was tough for me. We were scared of the coronavirus, nobody was going out. The exams were the last thing I was thinking of,” Wale, who attends a secondary school in Okota, Lagos, told Pulse.

Other students told Pulse they got rusty due to being out of school for months, a rustiness some states tried to prevent by broadcasting lessons on radio and television to keep students busy.

A vice-principal of a secondary school in Ikeja GRA, who preferred not to be named as she was not allowed to speak to the press as a civil servant, told Pulse the radio and television broadcasts helped her students a lot.

“I was speaking to many of them during the lockdown and they followed the teachings on television and radio and I think it helped them,” she said.

Students also told Pulse the two weeks they were granted to prepare for WASSCE wasn’t of much help.

“It wasn’t enough,” a group of students from a private school in Ire Akari Estate, Isolo Lagos chorused.

This position is one that teachers who have spent years preparing hundreds of thousands of students for WASSCE agree with.

“Many of the students for some reasons could not prepare or study during the period of lockdown,” Lekan, a teacher, told Pulse.

“Those students would have benefited from more time to prepare for the exams but they didn’t get it. It’s been tough for them.”

Despite the problems that plagued students’ preparations for this year’s WASSCE, some were more affected than others depending on their socioeconomic status.

Chief Yomi Otubela, who is the National President of the National Association of Proprietors of Private Schools, said last month private schools used several platforms to reach their students during the lockdown.

“Schools were using a lot of means to get across to their students. Some used WhatsApp, Success Box, Mobile Class, Google Classroom, all sorts of online and e-learning methods.

“The two weeks before the start of the examination was for them to revise.” 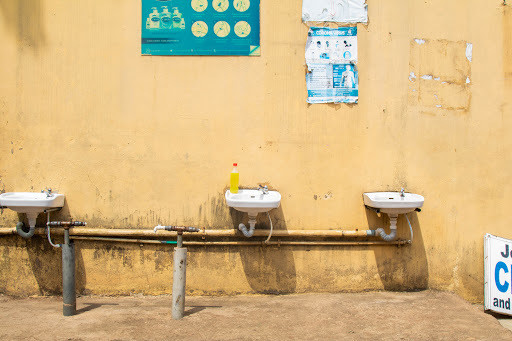 With COVID-19 spread still active in Nigeria, the health of the students was a major concern for the Federal Government and WAEC before the August 17 commencement date.

Schools were instructed to diligently deploy non-pharmaceutical measures such as wearing of nose masks, provision of handwashing equipment, conducting temperature checks, and physical distancing to prevent an outbreak.

“I don’t think there is any school that will not want to comply with the COVID-19 protocols because I know that the Federal Ministry of Education and the state counterparts are going round for inspection of facilities,” WAEC’s Nigeria national office head, Patrick Areghan, said days to the commencement of the exam.

“But if we notice any that falls short of expectation, we will immediately report to the relevant Ministry of Education, so that they can raise immediate action because we don’t want to risk the life of anybody.”

Pulse visited schools around Lagos and found that these protocols were largely followed although Principals and teachers were not open to speaking about their experiences on record.

Despite the measures put in place to prevent the spread of COVID-19, at least 44 students in four states have tested positive for the highly-infectious disease since August 16.

22 of them tested positive in Gombe, where the first case was announced, followed by 20 students in Bayelsa, and one each in Kwara and Akwa-Ibom.

Many other students who were contacts of the infected ones were also isolated for days while they were screened and confirmed negative for the virus, at a time when the exam already commenced.

An image of the first COVID-19 positive student in Gombe writing his Mathematics paper on August 17 from his isolation room under the close inspection of an invigilator sparked online debates.

Many people argued that the students could not possibly be in the best frame of mind to continue with the exam after testing positive.

However, officials said the candidates that tested positive were allowed to continue with the exam because they were not showing severe symptoms of the disease and were certified physically fit.

The Minister of State for Education, Emeka Nwajiuba, announced last week that a great percentage of the students that tested positive have recovered, noting that the quick recovery might be due to their young age.

Despite the safety measures and low infection rate among WASSCE candidates in the past three weeks, the distractions caused by the pandemic is still a significant mental hurdle for students whose junior secondary school start six years ago was similarly interrupted by the Ebola outbreak.

Not many will bet against all of the unfavourable factors reflecting on results this year.