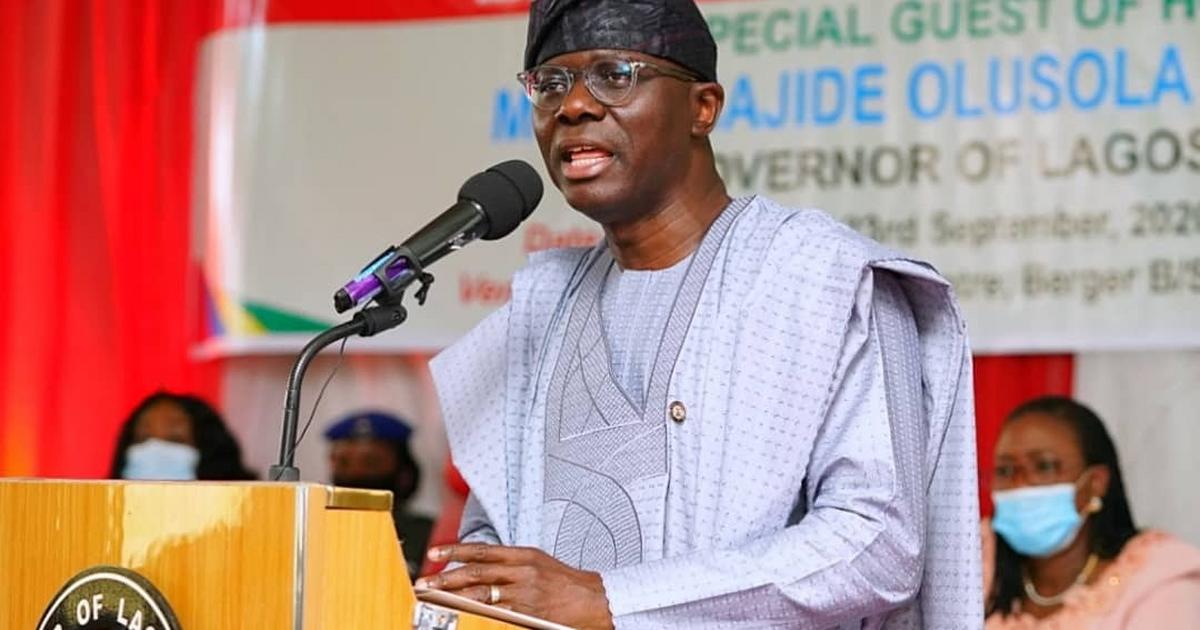 Sanwo-Olu said that a situation whereby residents faced pressure once their rents were due was not palatable, hence, should be looked into.

He called for synergy between the state government and stakeholders in the real estate sector to address issue of housing deficit and reduce rents in the state.

The governor said that this would help to make life easier for Lagosians.

According to him, partnership and good relationship between the state government and stakeholders will lead to people living in conducive environment.

Sanwo-Olu said that the housing deficit in Lagos State was huge, and urged private practitioners to play by the rules.

”The real estate can contribute 20 to 25 per cent to the GDP. We need to have clear data where landlords would no longer be demanding one year rent ahead.

”Landlords should see how they can reduce yearly rent to monthly. The housing deficit in Lagos is huge and unacceptable, but government cannot do it alone,” he said.

The governor said that it was clear that there was no proper data concerning the real estate operators in the state.

He said that this necessitated the LASRERA Registration Portal being set up.

”This platform will also ensure that we curb bad behaviours either on the landlord side or the tenant side.

”We have deficit, and even the small one we have are not properly done. People are losing money, people are not being sincere,” he said.

Mrs Toke Benson–Awoyinka, the Special Adviser to the State Governor on Housing, said that the LASRERA Registration Portal contained the databank of registered practitioners in the real estate sector.

Benson–Awoyinka said that the agency’s regulatory role was to make it easy for potential customers wanting to either buy or sell property to do so from Licensed Real Estate Practitioners/Property Developers without any fear.

She said that the agency had made this possible through the LASRERA’s Portal, where the databank of registered practitioners in the Real Estate Sector is situated.

The Special Adviser called on stakeholders to make the portal more robust, such that it would serve as a platform that would facilitate foreign investment to the state.

She said that according to statistics, there were over 15 million Nigerians living in the diaspora and who would want to invest in Nigeria Real Estate market.

”This huge number portends great prospect for the real estate sector, and as such, no efforts should be spared in making the industry attractive and of international standard to these prospective clients.

”Apart from this, we need to allay the fears of international investors who are interested in purchasing properties in Nigeria, especially in Lagos State, but have not been forthcoming due to perceived fraudulent practices in the sector.

”It is our belief that with the level of commitment that has been displayed by the present administration in the state in the Real Estate Sector, more investors would be attracted and the Property Market strengthened to improve best practices in terms of services rendered by the practitioners.

”The reason for always emphasising registration with the Real Estate Practitioners/Property Developers is to provide protection of citizens from imposters, fraudsters.

”It is also to reduce sharp practices associated with some unauthorised individuals, who are not registered members of any association in Lagos State or Nigeria,” Benson–Awoyinka said.

She called on stakeholders to collaborate with the state government to eliminate the dubious individuals in the Real Estate industry.

According to her, there is the need to deal with them in accordance with relevant provisions of the State Law.

She said that through this, integrity would be restored to the profession and international investment would increase for the state and Nigeria as a whole.

”This present administration will not fail in its social responsibility to the people and investors for adequate protection of lives, properties and investment.

”The LASRERA Portal will provide local and foreign investors the relevant data analytics for market transparency and intelligence that will help the growth and development of the Sector.

”It is, however, the expectation of government that the citizens reciprocate by performing their civic responsibility and obligation to Lagos State Government,” she said.

Also, the Lagos State Commissioner of Justice, Mr Moyosore Onigbanjo (SAN), said that various laws put in place concerning the real estate sector were to regulate and protect the citizens from abuse and fraudsters in the sector.

Onigbanjo who is also the Attorney-General of the state, assured the stakeholders that the present administration would leave the real estate sector better than it met it.