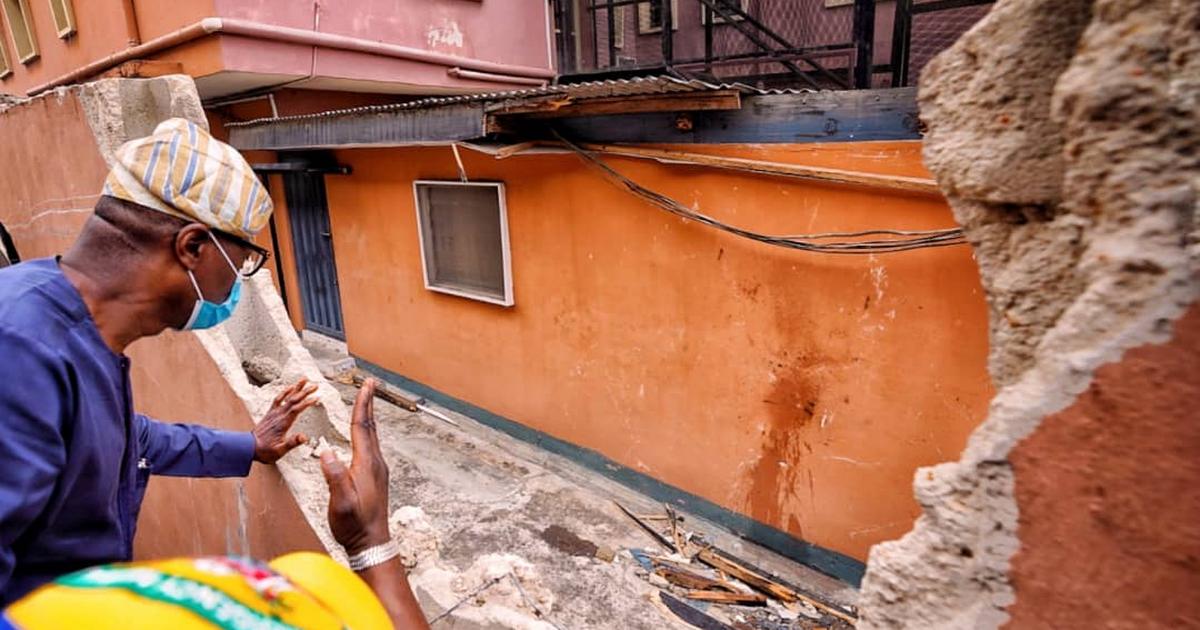 Sanwo-Olu met with some residents of the affected buildings and promised that the state government would bear the cost of the renovations and provide necessary support to cushion the impact of the tragic incident.

”We sincerely sympathize with the families of the victims.

”We feel the pain and the grief that their families must be going through right now and our condolences go to these families.

”After the condolences is also to thank God that as painful as the incident might be, it also has not come with a lot of grand collateral damages.

”I have ordered an immediate integrity test conduct on both of the affected buildings to know the level of impact.

”We have seen the level of structural damage, the people mostly affected are senior citizens and we have come to see them.

”We will start working on the fence and the government agencies are here to support them, I want to commend all our frontline workers,” he said.

The governor said he would also be working with the federal agencies on the renovation of the affected buildings and on other support for the affected residents, be it physically, psychological or emotional. 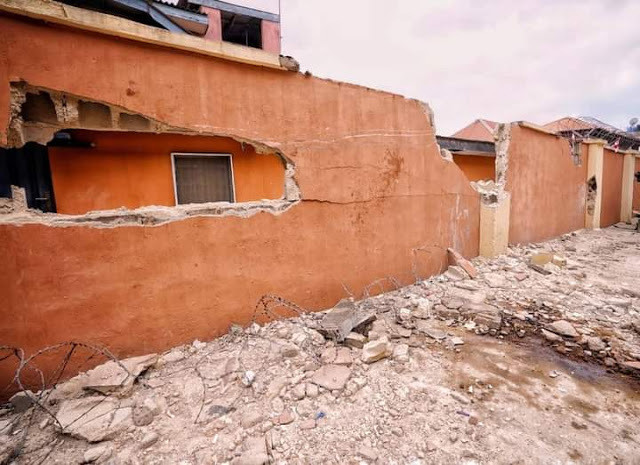 The residents of the affected buildings thanked the governor and emergency response agencies for their prompt response when the accident occurred and for the quick evacuation of the helicopter wreck.

One of the owners of the affected buildings, 77-year-old Deaconess Oluwayemisi Oluwole, appealed that the repairs promised by the governor should be done quickly, for her to be able to move back into her residence.

”I hope somebody will come and assess the degree of the damage, and that should be done quickly, because I have not entered the house since yesterday because I have been banned from entering the house.

”Since yesterday, a lot of people came here without observing any COVID-19 protocols. In my house now, I can count 20 face masks on the floor. So, I want to appeal to government to come and help us to sanitise the place.

”I am very happy that you (Governor Sanwo-Olu) have blood that you know something happened to your subjects and you decided to visit them. Your reign will be sweet in Jesus name,” she prayed.

Also speaking, Mr Sesan Kuyoro, a resident, thanked the several agencies of Lagos State for their quick response to the crash scene and clearing it.

Kuyoro said that their response showed the commitment of the Babajide Sanwo-Olu administration to the welfare of the citizens of the state.

The chopper, a Bell 206 , belonging to Quorum Aviation, was said to have been flying into Lagos from Port Harcourt, Rivers State with two crew members and a passenger when it crash-landed at Opebi area at mid-day on Friday.

Two of the victims lost their lives on the spot, while the third person who was evacuated to the Lagos State Teaching Hospital for treatment later died there.

The Accident Investigation Bureau (AIB) said that it had commenced investigation into the cause of the crash.