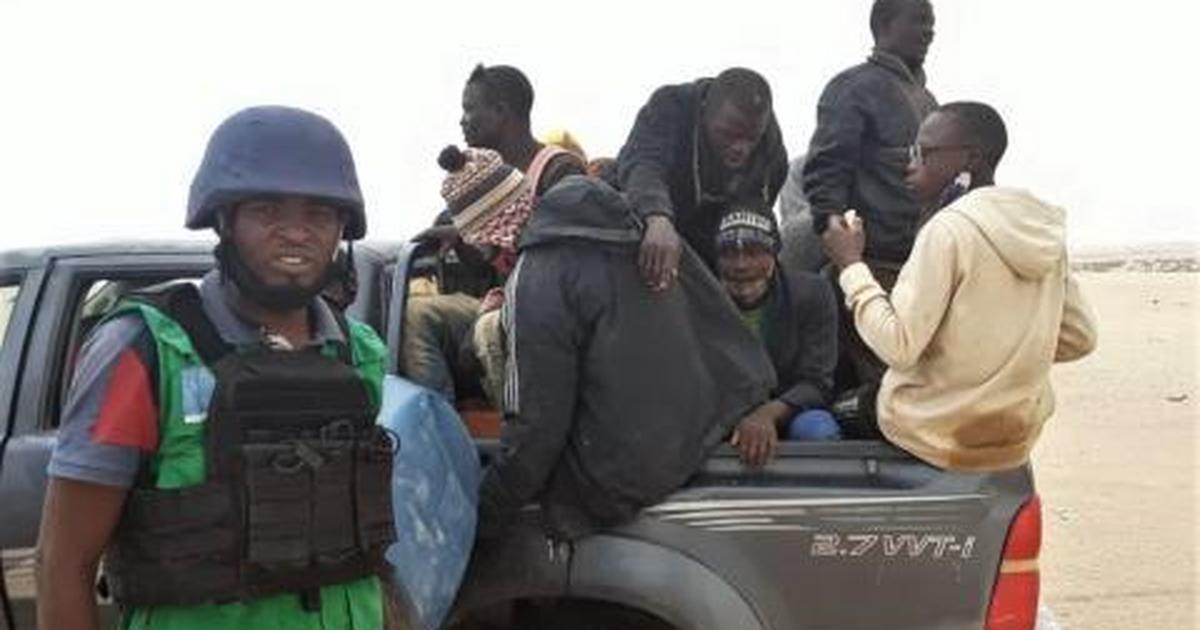 The UN’s International Organisation for Migration (IOM) said on Tuesday, September 9, 2020 its Search and Rescue (SAR) team operating in Niger’s northern Agadez region rescued 83 distressed migrants in a remote stretch of the desert on September 3.

All 41 females in the group, including twin 4-year-old girls, were identified as Nigerians as well as 34 of the 42 males. The others are four Togolese, three Ghanaians, and a Malian.

The migrants said their smugglers robbed them of their belongings and abandoned them after they believed they had been spotted by military vehicles.

“We were stranded for three days without food or water.

“We searched for water, but all we found were dirty wells used by livestock.

“So, we were not able to drink at all.

“People were collapsing left and right. I started crying when I saw the cars approaching, hoping help was coming,” Dennis, a 25-year-old Nigerian migrant, told IOM.

The group was headed for Libya, a transit hub for migrants trying to sneak into Italy on usually overcrowded boats through the Mediterranean Sea, a trip hundreds of people die every year trying to make.

The UN organisation said it’s a common occurrence for smugglers to get lost in the desert or abandon their passengers fearing checkpoints or military patrols.

The team has rescued at least 404 migrants through SAR operations in Agadez and Dirkou, a Sahara crossroad, in 2020 alone.

“It is impossible to know how many migrants have died attempting to cross the Sahara.

“Many bodies are buried during sandstorms, never to be found again,” IOM’s Chief of Mission in Niger, Barbara Rijks, said.

Many of the 83 migrants rescued last week were found dehydrated, injured and in need of immediate medical assistance.

They have been transported to a COVID-19 confinement site in Dirkou where they will undergo a 14-day quarantine period.

Those who wish to return to their country of origin can opt to join the Assisted Voluntary Return and Reintegration (AVRR) programme after the quarantine period is over.