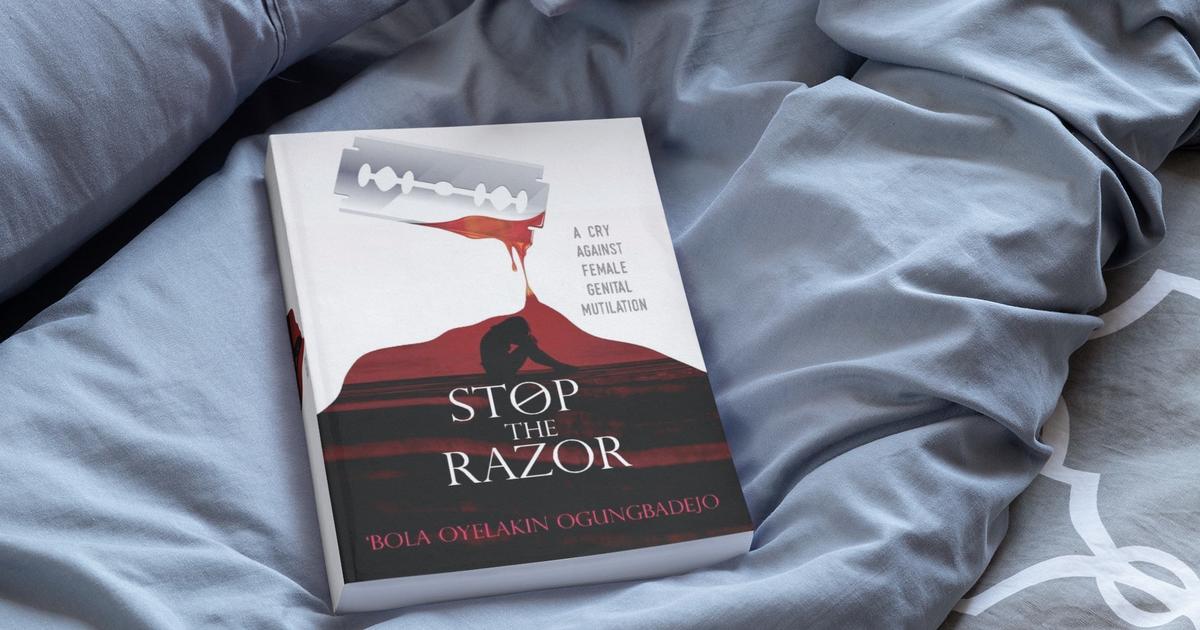 In her introduction, the author opines that the reason the average man doesn’t get enough information about the practice of FGM is because these discoveries are buried in the middle of academic papers and as a result she has complied Stop the Razor “in simple language to bring the hazards of Female Genital Mutilation to the fore.”

It is made up of well researched chapters and true stories which will appeal to the emotions of its readers and by the books end you’ll be filled to the brim with anger as you seek for a volcano of action to bring an end to this ill.

“Why Are We Still Here” uses the backdrop of a doctor’s true life account of witnessing a babies mutilation in 2016 to question the fact that in the year 2020 over 200 million girls are still being cut. With strong points like analyzing the ineffectiveness of its purpose and exposing its alleged patriarchal origins, she starts the book on serious note without trying to be subtle with her passion for an end to this inhuman act. 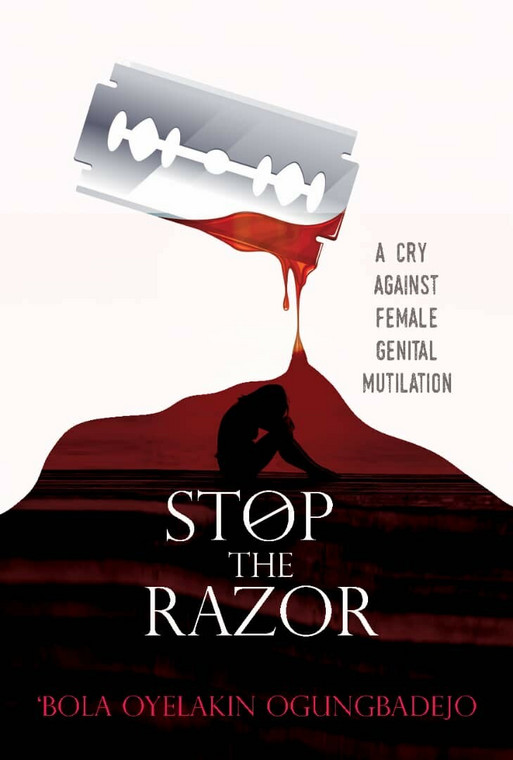 “Let’s Learn About The FGM Concept” is a detailed expose about the practice of FGM and goes on to explain it’s meaning, the different types, and false beliefs held by practitioners and societies where this is practiced. This chapter is deeply detailed in its reveal and it is impossible for the readers heart to not break as we swipe through each page.

Oyelakin-Ogungbadejo shows her literary skills in the true life accounts. The different survivor stories are told in fiction format revealing her strong storytelling skills. The accounts are so well written that the reader can feel the pain these women faced. From Khadija the woman battling the effects of being tricked as young teen by her grandma, to Samira a wife constantly raped by her husband due to her lack of interest in sex due to pain from FGM after being deceived by the ones she trusted, to Mariana suffering health consequences and her sister Fatima losing her joy in life and finally to Shubuola Bamidele the activist story which is a wake up call to the work that needs to be done, each story is a brilliant account that shows FGM in its true nature—unethical, graphic and harmful to women around the world.

The subsequent chapters are equally as potent as each of them act as critical pieces cracking the puzzle of FGM. “Historical Background Of FGM” reveals the different alleged ridiculous origins of FGM in different nations of the world according to seasoned scholars, archeologists and researchers. “Religious Fallacies About FGM” denounces the idea that FGM is religious in nature.

Like a soldier ready for war, she debunks with facts the idea that FGM is only practiced in Africa in “Countries Where FGM Is Practiced” and in “Laws Against FGM and Sample Court Cases” she criticizes with beautiful arguments the weak legal Schemes that have been created to end FGM. 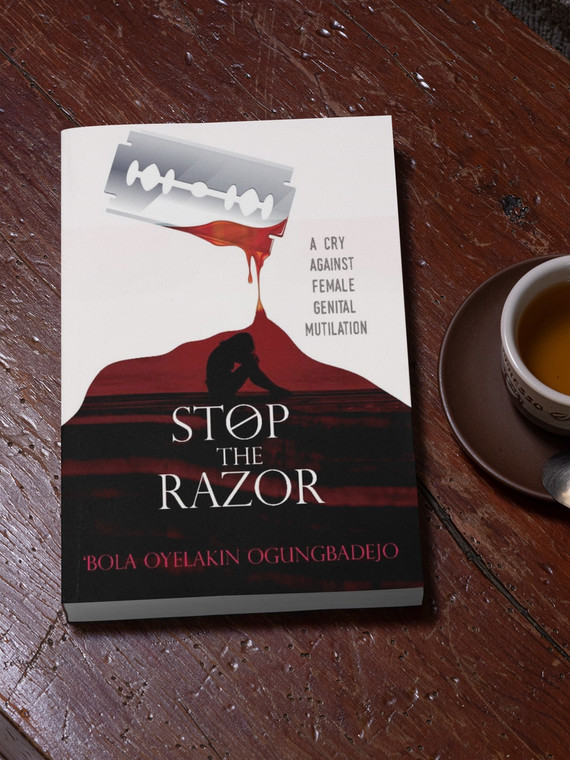 Oyelakin doesn’t stop at explaining and condemning the practice, as a dedicated social activist she ensures that she proposes well thought solutions. The different measures that can be employed to END FGM by 2030 is discussed in “WAY FORWARD–ENDING FGM IN 2030” and she ensures that each point is unique and practical. Her solutions are not theoretical alone, they show a worthy roadmap to the promise-land of eradication.

In all, Stop The Razor, is a rich body of work that exposes, analyzes and postulates effective solutions to reducing the prevalence FGM and eventually eradicating this practice. It is a much needed book with a topic that is not easy to write on yet in the pages of this book she was able to appeal to our emotions, awaken us about the horrific nature of the act, enlighten us about the dark sides of it and direct us to a worthy solution. From the foregoing, I believe that this book is a masterpiece.