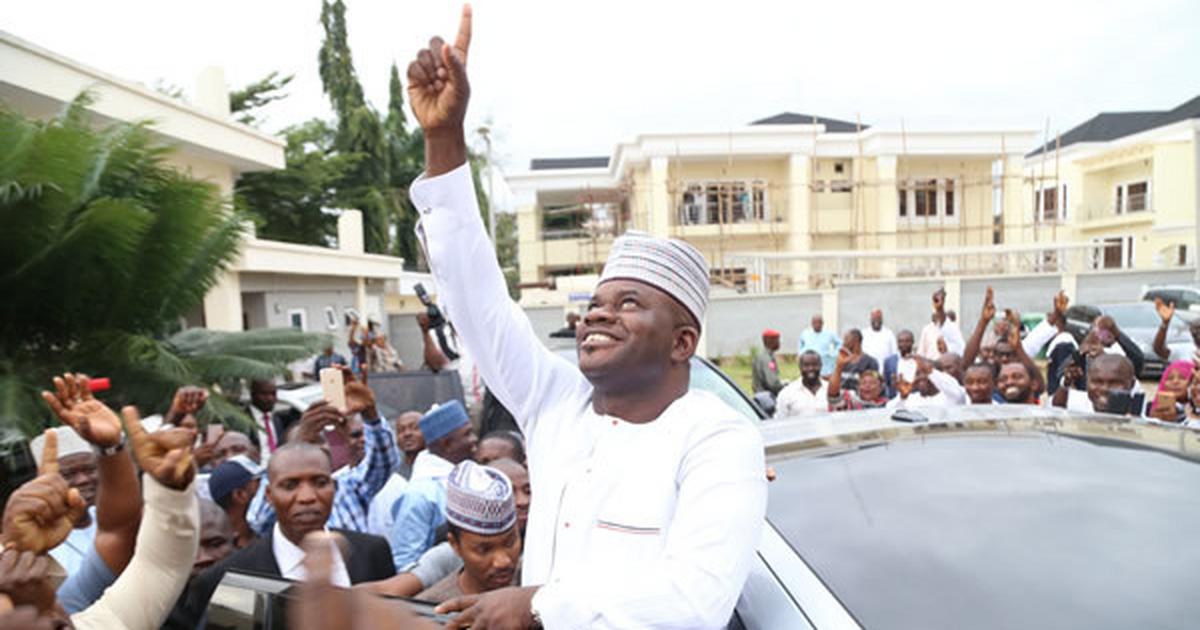 The Supreme Court affirmed Governor Yahaya Bello as duly elected winner of the November 16, 2019 polls. Its decision upheld an earlier judgement of the Abuja Division of the Court of Appeal, which on July 4, dismissed the case of the People’s Democratic Party (PDP) and its candidate, Musa Wada, and validated the majority decision of the Kogi State Governorship Election Petitions Tribunal affirming Bello’s victory.

As I send my sincere congratulation to Governor Yahaya Omeiza Bello, his able deputy Chief Edward Onoja, the leadership of the All Progressives Congress (APC) and all Kogi state sons and daughters, I declare that both parties won a victory. Anyone can point to Governor Bello and engineer Musa and their parties as winners and losers respectively, last Friday’s judgement gave a victory to all involved in some way. Just as Bello won the affirmation of his seat, Wada won the legitimacy of being a recognized candidate in the Kogi State gubernatorial race and respect as a champion of democracy. They both demonstrated patriotic audacity by contest for the top job of the state while others face their private affairs and, more importantly, neither of them threw tantrums or attacked each other throughout the legal tussle.

For Wada in particular, this is not a defeat: he followed the legal path in search for justice where others may have resorted to violence. Again, he fought to the end of justice where others may have surrendered along the way. He is, therefore, a worthy reference point for future politicians – how to and how not to contest electoral differences. In a country where bickering between politicians often escalate into general public violence, Wada’s approach is a victory for him as well. He wins my respect.

Now that we have a verdict, there should be a closure on the matter of the 2019 Kogi state governorship election. Late Justice Chukwudifu Oputa of blessed memory once stated, “We (Supreme Court) are final not because we are infallible, rather we are infallible because we are final.” This is the end of the tussle. It is, therefore, time for the supporters of these winners to drop their swords and offers hands of friendship; to end their jeers and cheer Kogi together; to break walls of needless discord and commune peacefully for genuine governance to thrive.

This not the time to gloat and provoke the other party, neither is it a time to whine and sabotage efforts to move Kogi to the next level. We must all realise that no state in rancour develops. They have demonstrated decorum, civility and utmost respect for themselves and we the followers must copy the template of these leaders. Now it is time to close ranks and work for our common greatness.

While the case was ongoing, it hung like a sword of Damocles over the head of the Chief Executive Officer of the state. It provided a valid, even logical, ground for a total paralysis of state functions and responsibilities due to the uncertainty of the likely outcome of the case. The Supreme Court verdict, and the decorum shown by all so far, confirms that the people of Kogi appreciate a strong and virile state that is prosperous and secure for all. The way is paved for a closing of ranks across party lines and for all stakeholders to fashion a bi-partisan approach to solving the problems confronting our dear state.

Regardless of our political affiliations, Kogi state is the common factor unifying us. We must build it, together, to an enviable status among others in the Federation. As President Muhammadu Buhari admonished following Governor Bello’s victory at the 2019 Presidential polls, we must be magnanimous in victory. I call on the Governor to think about ways to bring everyone on board for the common but urgent task of developing Kogi.

About the author: Abdullahi Ojoanyonu HARUNA is a public affairs analyst, public relations strategist, and media entrepreneur. He holds a Bachelor Degree in Mass Communication and a Masters in International Affairs and Diplomacy from Ahmadu Bello University, Zaria, and an Industrial Leadership certificate from the Lehigh University, Pennsylvania, USA. He is a member of Nigeria Institute of Public Relations, the Managing Editor of the APC Progressives Magazine and member of the World Bank Youth Forum.’