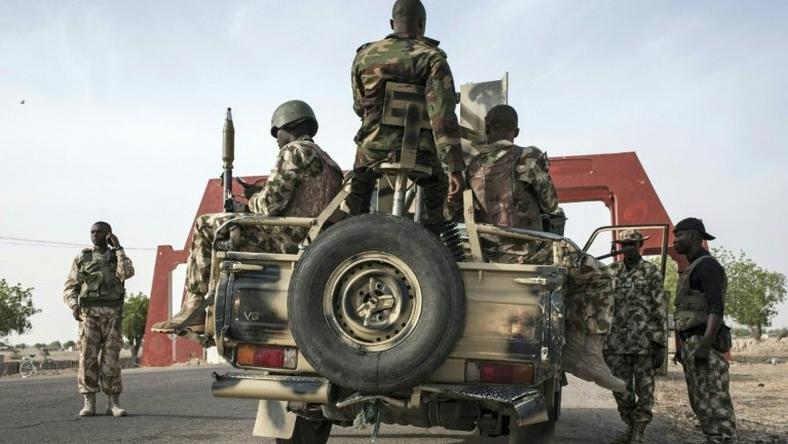 Spokesperson of Defence Headquarters, Major-General John Enenche, announced at a media briefing on Friday, October 2 that 53 terrorists, including high value targets, were also arrested in the same period.

Giving account of the achievements of troops on Friday, Enenche said the military has been pushing back hard on the terrorists and other criminals across the country in a series of land, maritime, and air operations.

“These operations resulted in the deletion of several terrorists and bandits, inhibition of activities of economic saboteurs as well as exposures and obviation of other criminal activities,” he said.

He said a total of 285 rounds of ammunition, and 84 assorted rifles were recovered from the terrorists in the restive north east.

10 gun trucks as well as 38 grenades were also recovered, according to Enenche.

The DHQ spokesperson said the Armed Forces killed a total of 869 criminals and rescued 321 kidnapped victims across the country.

1,708 arrests were also made, as well as recovery of large cache of arms and ammunition, and barrels of stolen crude oil, and nearly one million litres of stolen PMS.

“It is obvious that the Armed Forces of Nigeria is winning the war against the enemies of our great country,” Enenche said.

Even though he mentioned that the military also suffered human casualties, Enenche failed to give a specific figure.