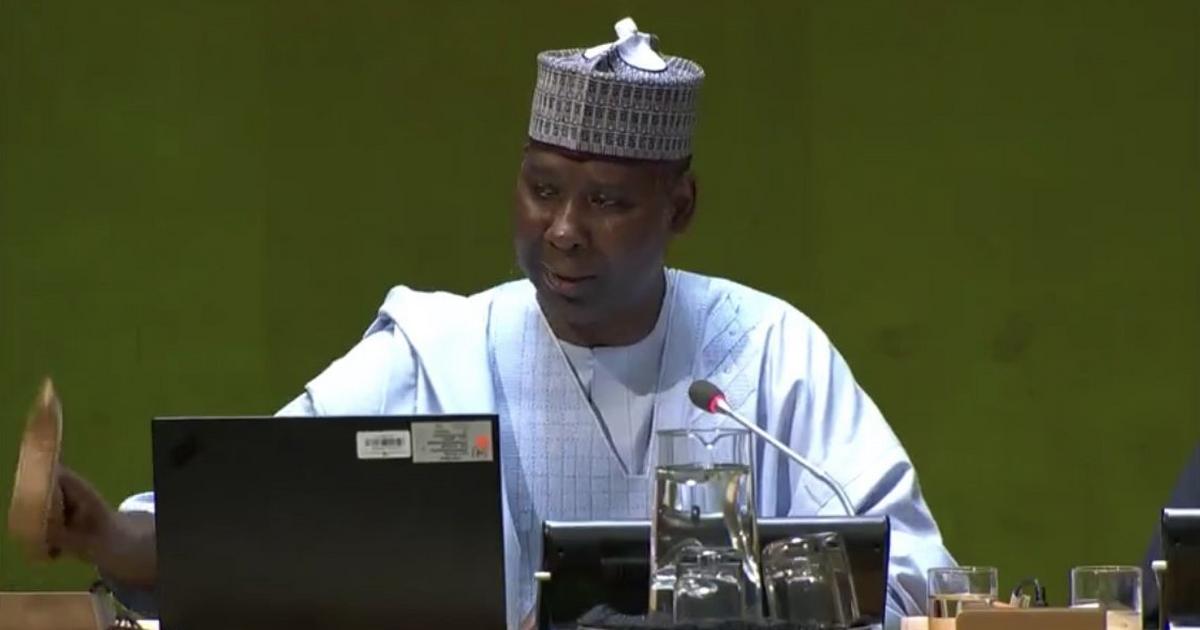 Muhammad-Bande spoke at an informal consultative meeting on modalities for a forthcoming special session of the Assembly on the COVID-19 pandemic.

He explained that the decisions were delivered through the “silence procedure” authorised by the General Assembly in Resolution 74/544 on March 27.

“Through these initiatives, we have been able to cover a lot of grounds amidst all the uncertainties.

“I believe that with more focus and commitment at the highest levels of governance, we would make significant progress in the race to defeat the pandemic,” he said.

Silence procedure is an online decision-making method adopted by member states following the suspension of in-personal plenary meetings at the UN headquarters to avoid the spread of the disease.

Normally, the 193-member Assembly adopts resolutions by majority votes or by consensus at its plenary, but under the silence procedure, draft resolutions are circulated to member states online.

Ambassadors are then given a 72-hour deadline to consider the proposals and communicate their decisions back to the PGA’s office.

If a country objects before the deadline, the resolution is defeated, but in the absence of objections, the UNGA President then circulates a letter confirming adoption.

“You recall that before the declaration of COVID-19 as a global pandemic, we at the General Assembly had already started consultations on how to respond to the evolving situation in a sustainable manner.

“We recognised very early that the dire nature of the pandemic demanded the prompt reaction of the General Assembly,” Muhammad-Bande said.

Turning to the special COVID-19 session, whose date has not been determined, he said it would serve as a veritable platform to mobilise global commitment against the pandemic.

He thanked Azerbaijan for proposing the session and the General Assembly for accepting to hold it.

“The co-facilitators, with your cooperation and support, have produced a solid draft as a good basis for negotiation.

“And I trust that the special session will ensure greater involvement of world leaders toward a result-oriented response to the pandemic.

“This will further strengthen the General Assembly as a critical global partner in the fight against the pandemic and its impact on lives and livelihood,” he said.

At Monday’s meeting, Canada and Azerbaijan were nominated to work out the modalities for the special session, according to Amb. Samson Itegboje, its Interim President.

Itegboje, who is Nigeria’s Deputy Permanent Representative to the UN, told the News Agency of Nigeria (NAN) that the date for the session would be determined and announced soon.

A special session of the Assembly is a mini-UNGA called to deal with special matters and in this case, the COVID-19 pandemic.